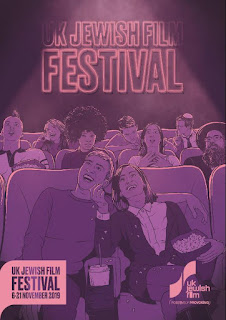 The 23rd UK Jewish Film Festival runs from 6th – 21st November at 15 cinemas across London before a short tour across the country. Here are some highlights to look forward to...

This year’s programme, comprising 96 films, plus Q&As and discussions with directors, actors, politicians, journalists and others, is the largest Jewish film festival programme in the world. The film programme includes 8 world premieres, 1 European premiere, 40 UK premieres, and films from 24 countries, including 23 films from the UK.

For 2019 the festival is launching its first ever Best Documentary Award with a jury headed up by BBC Storyville’s Nick Fraser. This award sits alongside the Dorfman Best Film Award, the award for Best Debut Feature and the Young Jury Award for Best Short Film. You can find out which films are in competition for the awards and how to book tickets for everything at the festival on the UK Jewish Film Festival Website. 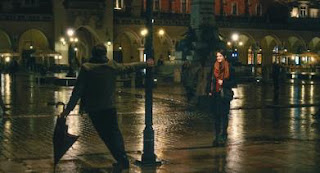 The Opening Night Gala is the UK Premiere of My Polish Honeymoon, the debut feature from French director Élise Otzenberger. This comedy follows recently- married Parisian couple (Anna and Adam) as they head off on a belated honeymoon to Poland, leaving their baby in the hands of Anna's parents. Immersed in a new but strangely familiar culture, they discover a Poland awash with absurd and wonderful characters, picture perfect beauty and unbearable sadness. Élise Otzenberger’s debut feature is a life affirming tale about rediscovering roots and being Jewish today.

The Closing Night Gala is the Oscar tipped satire from Fox Searchlight Pictures, Jojo Rabbit, which recently won the People’s Choice Award at the Toronto International Film Festival. Written and directed by cult filmmaker Taika Waititi (Jewish on his mother’s side, while his father is Maori), this World War II satire follows Jojo, a lonely German boy whose imaginary friend is an idiotic Adolf Hitler (Waititi, in a boisterous performance). A keen (if slightly incompetent) member of the Hitler Youth, Jojo's world view is turned upside down when he discovers his single mother (Scarlett Johansson) is hiding a young Jewish girl in their attic. Also starring Oscar-winner Sam Rockwell and Rebel Wilson, and daringly confronting nationalism and racism, Jojo Rabbit is as hilariously sharp as The Producers and as sentimental as Life is Beautiful.

The Centrepiece Gala is the UK Premiere of The Operative, directed by Yuval Adler and starring Diane Kruger and Martin Freeman. British citizen Rachel is a rootless polyglot, but with a deep love for Israel – traits that make her an ideal Mossad agent. Recruited by a Berlin-based British Jew she is sent to Tehran to spy on a businessman. Based on the Israeli novel, The English Teacher, and featuring a stellar Israeli and international cast, The Operative asks whether love for a man is more important than service to your nation.

The Documentary Gala is the UK Premiere of The Human Factor, followed by a Q&A with the film’s director Dror Moreh (The Gatekeepers), and producer Teddy Leifer (Oscar nominee for The Invisible War, Oscar winner for Icarus). With the end of the Cold War and America becoming a sole global superpower, the 1990s brought the promise of a new world order. The dramatic geopolitical shift also raised hopes for a comprehensive peace between Israel and two of its bitterest enemies, the Palestinians and Syria. Featuring key players, this fascinating and important documentary looks back at a pivotal decade which started with the signing of the Oslo Accords and ended with a bitter sense of disillusionment, leading to the Second Intifada.

Michael Etherton, Chief Executive of UK Jewish Film, said: “We are the UK’s only film festival dedicated to telling stories about Jewish life and experience, and the majority of our UK and international films would not otherwise make it to cinemas or streaming services. At a time of increasing fears about the rise of racism, including antisemitism, the UK Jewish Film Festival has a crucial role to play in making sure that Jewish life and culture is being adequately represented on our cinema screens. That’s why this year, with the support of the BFI Audience Fund, we are unrolling an extensive and important nationwide tour. From Inverness to Brighton and Bangor to Norwich, we will reveal wonderful cinematic snapshots of Jewish life to diverse audiences who may not otherwise have any interaction with Jewish culture.” 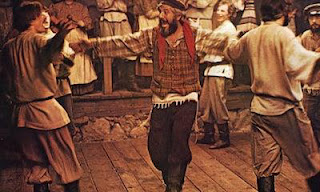 The UK Jewish Film Festival programme this year reflects both the global reach and historical depth of Jewish culture, taking us from 15th Century Aleppo (The Lost Crown) to futuristic neon-lit Tokyo (Call for Dreams) via mid-century Miami Beach (The Last Resort).

The richness of the programme allows for some interesting and at times conflicting trajectories to emerge and whilst we continue to be fascinated by past events, current political and social trends loom large in documentaries such as King Bibi and Lieber-man and dramas such as Yaron Shani’s Love Trilogy and the dystopian Autonomies. The programme this year not only presents the incredible output of more artists than ever before, it also celebrates their many talents by delving into their respective worlds. There is a special strand to documentaries about the world of music, including a documentary about Fiddler on the Roof and a film about avant-garde musician Chilly Gonzales, and another strand to films about trailblazing photographers. New films about the late Oscar-winning Czech director Milos Forman and Shoah’s film editor Ziva Postec are also in the mix, shedding light on the art and magic of filmmaking.

As always, the values of inclusivity and diversity frame the artistic decisions and vision. A strand of bold, funny and thought-provoking queer short films celebrates the growing acceptance and understanding of the fluidity of gender and sex while another new strand, made possible by the Toni Schiff Memorial Fund, brings eight new films that explore the experiences of girls and women during and following the Holocaust. While, inevitably, the films expose the merciless brutality of war, their focus is elsewhere – on women’s bravery and determination to rescue themselves and others, to stand as witnesses, and, most importantly, to flourish, thrive and rebuild.

The Festival also features films that mark notable cinematic milestones including the 20th anniversary of the Oscar-nominated Jewish-Welsh epic, Solomon & Gaenor, the only film ever made in Yiddish and Welsh. The film will screen in London and then on tour across Wales and the UK with the director Paul Morrison and actors attending many screenings. It’s also the 10th anniversary of Coen Brothers’ wry comedy classic A Serious Man, and the 30th anniversary of the delightful Oscar- winning comedy, Driving Miss Daisy. 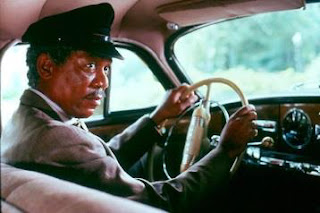 UK Jewish Film continues its focus on supporting a new generation of creative talent and this year has commissioned and produced two new British short films; Home, a stop-motion animation, directed by Anita Bruvere, is a true story of community, immigration, and diversity, told through the history of a single building at 19 Princelet Street, Spitalfields, East London while On the Beaches, a drama based on a true event, directed by Luke Rogers, is set in Norfolk in 1933 when two children discover a suspicious German hiding in a clifftop hut, a Jewish refugee by the name of Albert Einstein.


A number of films at the festival explore the current issues surrounding growing concerns over the rise of antisemitism in Britain and Europe. Why Do They Hate Us? was prompted by a series of deadly attacks in Paris in 2015. Inspired by his son’s query about why Jews were one of the targets, Alexandre Amiel, a French-Moroccan Jewish filmmaker, set out to make a trilogy of films whose aim is to trace the origins of modern xenophobia in France towards Jewish, Arab and Black communities. It is preceded by a German short, Kippa, based on true events, which reflect the context in which most German Jewish children have been withdrawn from regular state schools for their safety and both films will be followed by a discussion with leading politicians.

With so much to choose from at the festival this year (you can download the full programme here) this is our list of ten films to look out for (although we recommend you watch as many of the others as you can too!):

Advocate - Having represented Palestinians in Israeli courts for the past five decades, human-rights lawyer Leah Tsemel is a symbol of the ongoing fight in Israel/Palestine against the occupation. This
compelling documentary follows Tsemel as she defends two of her recent clients, one of whom is a 13-year-old boy.

The Bird Catcher - Esther, a beautiful Jewish-Norwegian teenager, manages to escape the Nazis and winds up on an occupied farm, where she pretends to be a boy. Suspenseful and chilling, The Bird Catcher sheds light on the little-known plight of Norwegian Jews during the war.

Chichinette: The Accidental Spy - At four and a half feet tall, Martha Cohn – then as today – may not look like much of a threat, but her incredible bravery and resourcefulness contributed to the Nazis’ eventual defeat. The Accidental Spy is as dynamic as the woman whose extraordinary story it tells.

The Dead of Jaffa - Politically engaged Israeli director Ram Loevy’s new, heart-wrenching film is a sharp comment on the roots – and future – of a decades-long conflict.

The Diary of Diana B - Based on the diaries of Diane Budisavljevic (1941-1945), this captivating docu-drama tells the story of the Innsbruck-born, Catholic woman’s remarkable aid operation in Zagreb during the war.

Forman v Forman - This fascinating documentary charts the rise to fame of Czech-born two-time Oscar-winning director Milos Forman – the man behind classics such as One Flew Over the Cuckoo’s Nest, Hair and Amadeus.

From Slavery To Freedom - From Slavery to Freedom tells the story of the Refusenik movement and the person who has become its symbol, Natan Sharansky, found guilty of high treason in 1977.

A Song of Peace - The historic victory of the Likud party, led by Menachem Begin, in 1977 achieved something few people believed was possible: a peace treaty with Egypt. A Song of Peace looks back at the Israeli leader who, despite being labelled a hawk and a warmonger, was brave enough to reach for peace. 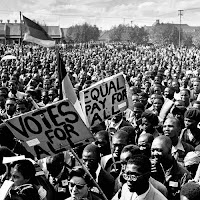 The State Against Mandela & The Others - Based on 256 hours of previously inaccessible audio recordings and featuring archival footage and animation, this documentary recounts the 1963-1964 Rivonia Trial against Nelson Mandela and eight other defendants, a watershed moment in the longstanding fight against Apartheid. Van Goghs - Winner of four Russian National Film Academy Awards (Nika), Van Goghs sensitively explores the complicated relationship between Mark Ginzburg, an artist, and his oppressive father Viktor, a famous conductor. An exceptionally moving film about families, and how they shape our expectations from – and perceptions of – life.

The twenty-third edition of UK Jewish Film Festival will take place across the UK in November and December. London screening take place between 6-21 November, with a UK tour of festival highlights being brought to twenty towns and cities across England, Scotland and Wales until 12 December. All tickets are on sale now here.