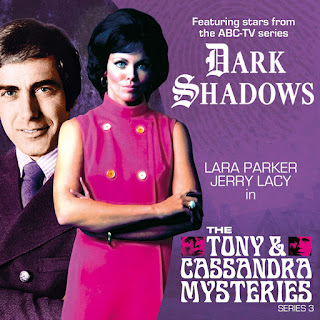 Tony Peterson and Cassandra Collins are back from the grave(yard slot of late 1960s American daytime TV) in a new box set of Dark Shadows tales now available from Big Finish...


Read all our other Dark Shadows reviews here.

She's a witch, he's a private investigator - what's not to love?

The Dark Shadows detective duo, characters originally created for the classic ABC Gothic soap opera, return for a third series to solve four more supernatural cases, taking them everywhere from a spooky circus to a fiendish fishing town, in a new box set. 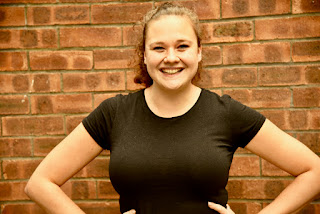 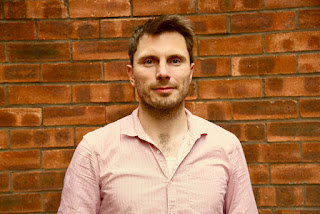 The Mystery of the Grandest Order by Aaron Lamont

When Professor P Stone is shot dead in their office, Tony and Cassandra find themselves on the run. A ruthless assassin is on their tail, and it seems he’ll stop at nothing to get hold of the Professor’s research.

Just who is their mysterious assailant? What dangerous secret has the Professor uncovered? And why did it mean he had to end up dead? But perhaps the biggest mystery of them all is... Will they get their secretary to hospital in time?

Because Alice has just gone into labour. For Tony and Cassandra, some days just go from bad to worse… 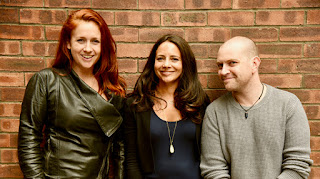 The Mystery of the Fisherman’s Wife by Jessica Smith

It's not unusual in the mystery-solving business for a client not to want to give you any extra information about their lives; even if it's to help you solve the case. But when a shabby woman with a wad of cash asks Tony and Cassandra to purchase an artefact - in secret - and refuses to tell them what it is or what she wants it for, that lack of information could lead to her own murder...

In the sleepy town of Bar Harbour, finding out what is at the heart of their morally-ambiguous client's story will be the key to fulfilling their contract. But then sometimes, it might be better not to know, because when Tony and Cassandra figure out what is really going on, it's going to put them in an impossible moral bind. And the choices they make now, could tear their happy partnership apart, forever... 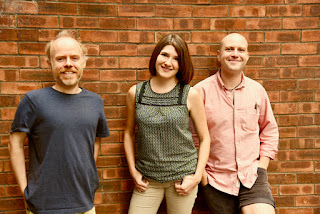 The Mystery of a Mother’s Love by William Proudler

After the death of her grandmother, Alice's had a lot of thinking to do. She wants to be a detective, too. When Howard Finch storms into Tony and Cassandra's office, insisting they find his missing wife, Alice can't help but tag along.

What seems at first like an open and shut case, soon takes a sinister turn, as Alice finds herself confronted with something she's tried so hard to forget. Some things should be left alone, some things should never be found. 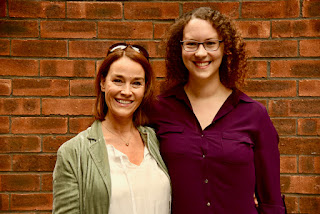 The Mystery of the Jack-in-the-Box by Zara Symes

If there is one thing that Tony and Cassandra have learned during their time working together it's that even the most innocent of objects can hide the most hideous of evils. But, when their gypsy friend Mari returns with a supposedly possessed Jack-in-the-Box even our seasoned detecting duo are taken aback. With more than one innocent life at risk, Tony and Cassandra must face staggering and uncanny dangers to protect those they care about, but this may just be one mystery that Tony and Cassandra cannot escape unscathed...


Co-producer Joe Lidster said: “The first story has so much joy in it but it’s also one of the most shocking deaths I think we’ve ever recorded. We really challenge Tony and Cassandra’s relationship in The Fisherman’s Wife, with some fascinating explorations of sexual politics and free will. A Mother’s Love is just simply terrifying but also has some great scenes with Tony, Cassandra and Alice living as the ‘perfect’ family. And Jack-in-the-Box has some of the funniest scenes we’ve ever done as our witch and private detective are chased around an attic by a Jack-in-the-Box.”


Dark Shadows: The Tony & Cassandra Mysteries series 3 is now available as a collector’s edition box set at £29.99 or on download from the Big Finish website at £24.99.

Or you can get The Tony & Cassandra Collection, which features all the earlier stories of the dynamic duo together, for £25 on download.