Documentary - From Slavery To Freedom 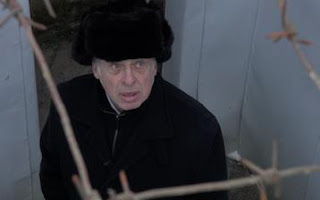 Tony Cross watched From Slavery To Freedom at the UK Jewish Film Festival...


The fact that I haven’t rushed to write this review probably tells you all you need to know about it. I didn’t have either the desire to write about how glorious it was or to write some poisonous snark pointing out its terrible qualities. It was a workmanlike documentary on a subject that is worth telling because it is another example of the courage of ordinary people in the face of tyrannical government and because it is a story that is in danger of being forgotten – that of the Refusniks.

The Refusniks were Russian Jews who wanted to emigrate to Israel. The Russian government did a fine job of throwing up reasons why they couldn’t, although the film does show that this wasn’t a monolithic belief within the Russian government. Some of them, wise enough to realise that it would be better to send them out of the country with a kindly wave and a reminder not to forget their homeland, felt that they should let them go. Others didn’t.

The Refusniks refused – sorry – to go quietly. They organised, they got in touch with the world outside the Soviet Union and people got to know what was happening. One man in particular became a symbol of the movement, Natan Sharansky. And it is Sharansky’s story that is the focus of most of the film.

This has its positives, in that Sharansky is a charismatic and well-known figure but – and perhaps this is the result of seeing The State Against Mandela and the Others – it might be interesting to hear the story from others. However perhaps that choice was made because Sharansky is a known figure. I was a child when these events played out, but I still had a vague memory of Sharansky.

Where this film does do something interesting though is letting us see that whilst Sharansky was battling away inside the Soviet Union, where he ended up on trial for treason and sent to a camp c.1,900 miles from Moscow, his wife Avital was doing battle on his behalf outside the Soviet Union.

Avital’s story is the fresher one. She didn’t want to be out there in front of the public but get out there she did. Reaching out to Jewish organisations inside numerous countries, raising awareness of Sharansky’s story and trying to get her husband out of Russia. So that whilst this is a story of politics it is also a great love story. Avital got to meet Margaret Thatcher and Ronald Regan. She never gave up, even as Sharansky himself never gave up and I do get the impression that if Sharansky’s story hadn’t been so well-known in the West he might well have been executed. The Russian prison system did its best to kill him off through neglect in the hope that this troublesome man might be silenced.

It’s a film worth seeing because it is a story one shouldn’t forget. And even in Israel it is apparently a story that isn’t being told. However, I think there are other stories to be told. Other less well-known ones. Avital’s is one of them, but with the talking heads we get hints of other stories that I’d like to hear told in more detail.