The International Academy of Television Arts & Sciences have announced the winners of the 47th International Emmy® Awards. Here's the full list...

Eleven Emmy statues were presented by the International Academy on Monday evening at a Black-Tie Gala event attended by 1,000 television professionals from around the world and hosted by comedian Ronny Chieng at the New York Hilton. The 11 winning International Emmy programs and performances span 8 countries: Australia, Brazil, Colombia, Hungary, The Netherlands, Turkey, the UK and the US. The UK got recognition for Best Drama Series with McMafia, and also picked up the award for Best Non-scripted Entertainment with The Real Full Monty: Ladies’ Night.

“Television is a universal art form which transcends cultures, languages and borders, as demonstrated by tonight’s winners.” said International Academy President & CEO Bruce L. Paisner. “The International Academy is proud to be the preeminent global platform for recognizing excellence in television from around the world.”

Here's the more information about the list of 2019 International Emmy® Awards Winners:

“Dance or Die” is Syrian dancer Ahmad Joudeh’s (27) life philosophy. It’s tattooed on his neck. Dance is Ahmad’s life, but it’s become impossible for him to practice dance in his war-torn home of Damascus.


Best Performance By An Actor - Haluk Bilginer in Şahsiyet [Persona]

Agah is retired and living in the Istanbul apartment building his wife left him. However, he has never forgotten the unspeakable crime against a little girl in his old town – or all the officials who covered it up. Now in his 60s, this prim little man has become a cold-blooded vigilante, and he won’t stop until every one of them is dead. However, the Alzheimer’s Disease has already begun to ravage his mind. He must complete his quest for vengeance before

Christmas 1944. Soviet soldiers invade Hungary and drag every young ethnic German woman away from a small village and transport them to a Soviet labor camp where they are forced to work in the coal mines under inhuman conditions.

In this biblical “Hangover” spoof, the apostles awaken to find Jesus is missing and must piece together the events of the previous night’s wild Last Supper.

Bellingcat – Truth in a Post-Truth World follows an international team of citizen investigative journalists who are using their knowledge of social media, reconstruction techniques and audio analysis to conduct in-depth research. 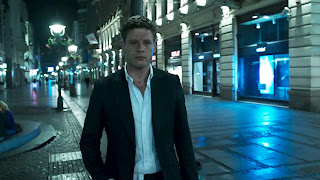 McMafia charts Alex Godman’s journey as he is drawn into the world of organized crime. The English-raised son of Russian exiles, Alex spent his life trying to escape their criminal past. But when his family is threatened, Alex is forced to confront his values to protect those he loves.

Falco follows the story of detective Alejandro Falco who, after being in a coma for 23 years, wakes up to find a different world. In every episode, Falco solves a case with his old-fashioned methodology as he discovers what happened the night he fell into a coma.

A show of female defiance follows the journey taken by eight female celebrities, all affected by cancer, as they battle to overcome their nerves and inhibitions, learn to love their bodies and dare to bare in a one-off performance that will wow their audience and raise awareness of the disease.

In this National Geographic series we follow four people with different backgrounds in their journey to solve serious problems in the city through design and technology, hacking the city and creating, producing and implementing real solutions.

Seventeen years after being wrongly imprisoned, a talented songwriter seeks justice against the men who caused her downfall and killed her family.

On a yachting holiday, five Australians come across a broken-down boat full of desperate asylum-seekers. The Australians decide to tow the refugees, but the next morning the boat is gone. Years later they meet some of the refugees again and learn the truth. Someone cut the rope between the boats and, as a result, seven people died. A wedge is driven between the Australians, as they grapple with protecting themselves and doing the right thing. The refugees struggle with desire for justice and, possibly, revenge. Old secrets come to light, relationships are shattered and lives are put in danger. And one question hangs over it all – who cut the rope?