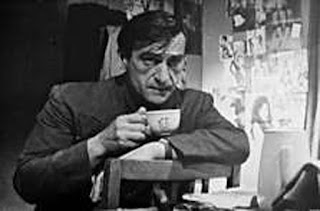 Missing Believed Wiped returns to BFI Southbank on Sunday 8th December to present another thrilling programme of recent TV rediscoveries, with a focus on original TV dramas and single plays...

As part of a BFI season of his work, the quintessential British TV dramatist Dennis Potter was interviewed by TV Critic Philip Purser for The Guardian Lecture series at the NFT (now BFI Southbank), on 30th October, 1980.

When BBC editors at the time made a last minute decision not to film the event for broadcast, Potter and his producer Kenith Trodd filmed the lecture themselves with the idea of selling it to a broadcaster. Missing Believed Wiped offers an audience the first glimpse of the interview since the event almost 40 years ago.

Kenith Trodd, who held the rushes in his personal archive, will introduce extracts from this revealing interview which captures a pivotal moment in Potter’s prodigious TV career. Filmed on the back of Brimstone & Treacle, Pennies From Heaven and Blue Remembered Hills, the interview covers the playwright’s thoughts on the value of television drama in the UK as well as nascent ideas for The Singing Detective, 6 years before the fully realised series hit TV screens. The digitised rushes are being brought into the BFI National Archive for long term preservation. 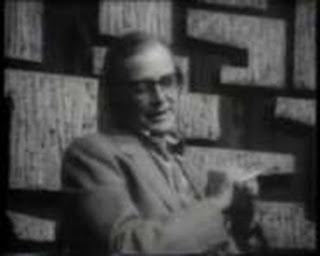 On the rediscovery Producer Kenith Trodd says, “The Guardian Lecture was missing from the archive and from Dennis’s history. There’s no good account of it anywhere, or that we took it on when the BBC dropped him from their series because he wrote for “television not film”. The echoes of this peculiar mindset still resonate today. This 1980 lecture gives Dennis the chance to lay waste indignantly, satirically and very memorably across a thinking-aloud landscape of entertaining and creative responses in vintage style. I’m delighted the BFI is facilitating this ‘Unwiping’ and that this material will be preserved for future admirers of a great talent.”

In No Harm Done Avenger’s writer Roger Marshall delivers a tense family hostage drama, (ITV 1974), that unexpectedly evolves into something psychologically far more compelling. Made for the Sunday Night Theatre slot on ITV, No Harm Done was directed by Don Leaver, the award-winning television producer and director behind Prime Suspect and A Touch of Frost and stars a young Helen Worth, just months before she joined Coronation Street as Gail Platt.

Joan Kemp Welch’s Play of the Week, Freedom in September (ITV 1962) is one of a significant cache (100 hours+) of previously thought lost single British TV dramas recovered from the US Library of Congress Archives. This absorbing, highly topical drama was made at the height of the Cold War, reeling from the effects of the Cuban Missile Crisis and Nureyev defection. A pre-Doctor Who Patrick Troughton is brilliant as an investigative journalist on the trail of a Russian musician on a cultural group visit to Britain who has gone AWOL. With fears of a potential defection, Russian operatives in London and Troughton’s journalist, race to track the wayward musician down.

Rediscovered by Kaleidoscope TV, Porterhouse - Private Eye (ITV 1965) is a long lost pilot for a sitcom which did not graduate to a series. This terrific pilot story stars Carry On… regulars Peter Butterworth and June Whitfield as a bungling detective and his judo-obsessed daughter.

More Missing Believed Wiped treats and special guests will be announced closer to the event. 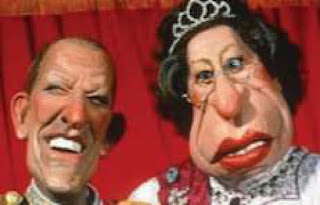 This December BFI Southbank celebrates the star-studded staple of the festive TV schedules: the TV Christmas pantomime. Pantomime, that most traditional seasonal fare, has survived by constantly reinventing itself while holding on to its most fundamental tropes – a Principal Boy, men in drag, slapstick antics, corny jokes and a smattering of smutty innuendo. From glittery seasonal one-offs to Christmas Specials of established shows It’s Panto Season! showcases the pantomimes that were made for TV, either in a theatre or TV studio, featuring a host of TV stars and celebrities playing versions of their well known small screen personas.

Arthur Askey (who wrote the first TV pantomime in 1937) and Roy Castle may have got top-billing in Aladdin and His Wonderful Lamp (BBC, 1966) (1 December), but it’s the formidable arch-panto villain Alan Curtis who steals every scene he’s in, eliciting a chorus of hisses and boos from the audience. With a cast drawn from the stars of various stage pantomimes of the time, this seasonal one-off marks a moment of change where old theatre traditions and variety acts were increasingly coming under threat from television.

A new generation of TV comics took on the pantomime tradition with anarchic gusto. Jack and the Beanstalk (ITV, 1998) (22 December) written by Simon Nye and staged at The Old Vic sees Nye’s Men Behaving Badly star Neil Morrissey playing the hapless Jack. The Young Ones’ Ade Edmundson (in drag) is on hand to dish out some Bottom-style violent slapstick.

Completing the TV pantomime line-up is another double bill, The Goodies: Snow White 2 (ITV 1981) (28 December) sees The Goodies brilliantly deconstruct the entire pantomime tradition, and The Crackerjack Pantomime: Robinson Crusoe (BBC, 1975). The regular Crackerjack cast are joined by various BBC sitcom stars of the 70s including John Inman (Are You Being Served), Windsor Davies (It Ain’t Half Hot Mum) and John Laurie (Dad’s Army) for a slapstick-heavy, intentionally corny romp, also demonstrating how far comedy has changed in the last 40+ years.

Freedom in September (Play of the Week, ITV 1962)
+ Extracts of rare interviews with Dennis Potter and Douglas Adams

Tickets are on general sale now