Bests of the Decade - Fiction Books

Because we reckon you’ll not have had enough of voting for things yet, every day between now and Christmas Eve we’re giving you the chance to vote for The DreamCage Bests of the Decade. Today’s category is Fiction Books...

The first thing we have to note is that in the last ten years, everybody's TBR pile has only increased in size!

But seriously though, a notable trend in the last 10 years is that Young Adult books have become popular with a lot more than just young adults. Started by the Harry Potter phenomenon in the 00's, when the books were published with "grown up" covers so that adults could read them and not be embarrassed, it has continued to be the case with many young adult books getting a boost into the mainstream market because of their film adaptations, like The Hunger Games, Twilight, The Fault in Our Stars and Mortal Engines.

Film and TV adaptations in the last decade have also been responsible for some books (classic and modern) gaining a new audience, as well as encouraging people who have not read much in the past to pick up a book now that they "know the story" from the screen. This "comfort factor" of needing to know the story or the characters has also meant that there has been a trend for authors to "play" with someone else's characters or in their universe, which has meant that film tie-in novels have become much more of a thing now too.

Genre-wise, fiction has become a lot more evenly spread, with no great predilection of readers for one style over another (thankfully the 50 Shades of Grey thing didn't last!) and many books are actually now a lot more difficult to pigeonhole than they were. Talking of 50 Shades though, [*starts panicking* - Ed] no, no, nothing like that. It was just the best known example of something that has really taken off in the past ten years, the self-published novel. Whilst this has meant that there is some absolute tat out there, both technically and in content because of a lack of professional oversight, there are also some absolute gems of stories that have really taken off, despite the fact that a big publishing house wouldn't take them on. You only have to look at the recent success of The Martian, now a blockbuster movie, and laugh at the thought of all these publishers now kicking themselves for not taking a chance on it at the time!

But the main trend in books is something that DIDN'T happen and that was the predicted downfall of print publishing for fiction. Kindles and other e-reader are still around, of course, they have their place and getting more and more advanced, and we are also on the brink of an audiobook explosion in the next decade that is already starting to take hold, but nothing beats the feeling of holding a book and turning paper pages to really draw the reader into the story.

The DreamCage team's four main recommendations are below (with A Monster Calls getting multiple nominations) but our other suggestions included quite a lot of detective/crime/mystery novels with Chris Ould's The Blood Strand, Dan Brown's Origin and Scott von Doviak's Charlesgate Confidential all getting mentions. Science fact and fiction meet in the suggestion of Ted Chiang short story collection Stories of Your Life and Others, which includes the short story that inspired the film Arrival. If you want some spookiness, then we suggest you try Slade House by David Mitchell but if you want to try something more than a little different, then travel in time and technology with The Passage by Justin Cronin or C by Tom McCarthy.

Here are our four nominations, in no particular order. Bear in mind that we couldn’t watch/read/play everything that came out in the last ten years, so your own personal favourites may not be here, but these are some of ours… 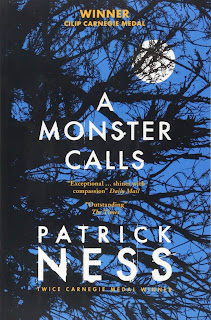 "Conor has the same dream every night, ever since his mother first fell ill, ever since she started the treatments that don't quite seem to be working. But tonight is different. Tonight, when he wakes, there's a visitor at his window. It’s ancient, elemental, a force of nature. And it wants the most dangerous thing of all from Conor. It wants the truth." 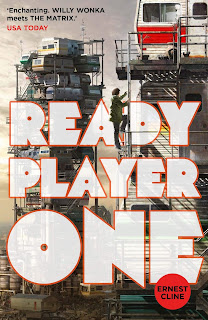 "It's the year 2044, and the real world has become an ugly place. We're out of oil. We've wrecked the climate. Famine, poverty, and disease are widespread.

"Like most of humanity, Wade Watts escapes this depressing reality by spending his waking hours jacked into the OASIS, a sprawling virtual utopia where you can be anything you want to be, where you can live and play and fall in love on any of ten thousand planets. And like most of humanity, Wade is obsessed by the ultimate lottery ticket that lies concealed within this alternate reality: OASIS founder James Halliday, who dies with no heir, has promised that control of the OASIS - and his massive fortune - will go to the person who can solve the riddles he has left scattered throughout his creation.

"For years, millions have struggled fruitlessly to attain this prize, knowing only that the riddles are based in the culture of the late twentieth century. And then Wade stumbles onto the key to the first puzzle.

"Suddenly, he finds himself pitted against thousands of competitors in a desperate race to claim the ultimate prize, a chase that soon takes on terrifying real-world dimensions - and that will leave both Wade and his world profoundly changed." 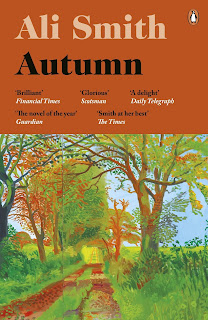 "Autumn. Season of mists and mellow fruitfulness. That's what it felt like for Keats in 1819.
How about Autumn 2016?

"Daniel is a century old. Elisabeth, born in 1984, has her eye on the future. The United Kingdom is in pieces, divided by a historic once-in-a-generation summer.

"Love is won, love is lost. Hope is hand in hand with hopelessness. The seasons roll round, as ever." 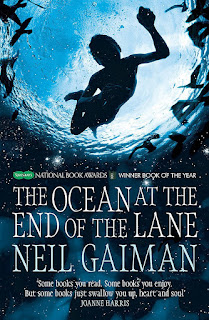 The Ocean at the End of the Lane - Neil Gaiman

"It began for our narrator forty years ago when the family lodger stole their car and committed suicide in it, stirring up ancient powers best left undisturbed. Dark creatures from beyond this world are on the loose, and it will take everything our narrator has just to stay alive: there is primal horror here, and menace unleashed - within his family and from the forces that have gathered to destroy it.

"His only defence is three women, on a farm at the end of the lane. The youngest of them claims that her duckpond is an ocean. The oldest can remember the Big Bang."


So, which will it be? There are polls running today on our Twitter page for you to vote for your favourite from the final four listed above (no prizes, it’s just for fun). Also, the polls will change every day so be quick if you want to vote in this one! The winners, as decided by you, of all nine categories will be listed on The DreamCage website in a special article on Christmas Eve when we announce The DreamCage Bests of the Decade!

Here's today's POLL to find The DreamCage BESTS of the DECADE and today it's #fiction books.

Choose from: A Monster Calls by Patrick Ness, Ready Player One by Ernest Cline, Autumn by Ali Smith or The Ocean at the End of the Lane by Neil Gaiman
— The DreamCage (@TheDreamCage) December 19, 2019