The nominees for this year's Gold Movie Awards were announced on Friday. Susan Omand takes a look at the main categories and picks her winners...

This year's nominees were announced by Karen Bryson MBE (Shameless, MotherFatherSon, Safe) alongside William Moseley (The Chronicles of Narnia, The Royals, The Silent Mountain). More than one thousand films were considered over all the categories from a broad range of film makers.

Also at the nominations event, awards co-creator Marco Recalchi announced the inception of a new GMA Film Academy to allow film makers to develop and improve their work, with four new seminars being announced, and he also introduced the concept of a GMA Expo as a place for film makers to show their films and meet distributors, which is something that Recalchi said was currently very difficult in the UK film market.

Going back to the nominations and, personally, it was good to see that Schemers, my favourite film of the Edinburgh Film Festival this year, has been nominated for Best Feature Film, along with a nod for David McLean as Best Director, and a favourite short film from this year, A Million Eyes, getting a couple of nods for Best Short, and Best Actor under 18 for the wonderful Elijah M Cooper. But the film that did best over all the nomination categories was the Ukrainian film Heroes and Cowards, getting five mentions over all.

The Gold Movie Awards were created by Italian director Marco Recalchi, actor and producer Jason Matthewson and Anthony Reolon in partnership with The Old Film Farm, Ikon Films and Skyup Academy. The GMA's exhibit the best in upcoming and seasoned filmmakers alike, providing a crucial platform to showcase their work and be awarded in a professional setting. The annual awards are now in their 3rd year and will be held on January 9th, 2020 at the Regent Street Theatre. Tickets for the ceremony are on sale now via the Gold Movie Awards website.

Below is a list of the Main Category nominations, you can find the rest on the Gold Movie Award website. Susan's choice for winner in the categories below is indicated by ** SHOULD WIN ** 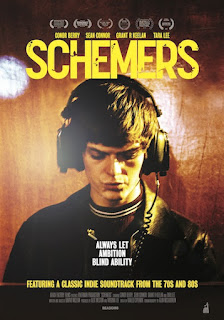 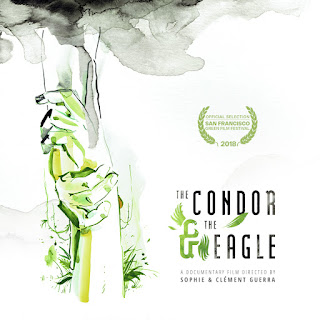 ​“Anacronte” by Raúl Koler
“Tacit Blue” by Wenkai Duan
** SHOULD WIN ** “Leopold, King Of The Belgians” by Cédric Vandresse
“Twelve Minutes Of Rain” by Fabio Teriaca

Other images - IMDb
Email ThisBlogThis!Share to TwitterShare to Facebook