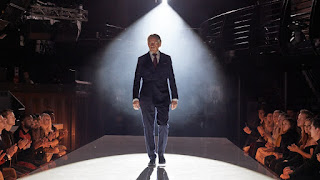 Greed is the fictional story of a retail billionaire, Sir Richard McCreadie, set in the glamorous and celebrity-filled world of luxury fashion, which is centered around the build up to a spectacular 60th birthday party in an exclusive hotel on the Greek island of Mykonos.