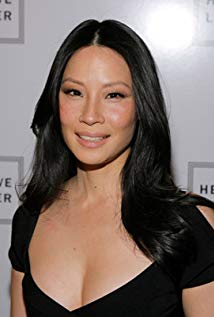 Because it's Lucy Liu's birthday today, Susan Omand decided to pick a top 5...

With nearly 100 acting credits on IMDb, where do I even start in picking a favourite five roles that Lucy Liu has done? Not only has she been almost constantly on both the big and small screen for the past... wow, nearly 3 decades, she can turn her hand to voice acting, producing and directing as well. The 90's saw her move from TV bit parts in the likes of ER and The X-Files and early film roles in Payback, Jerry McGuire and Shanghai Noon to much bigger award winning roles, until the turn of the century when her film career blast into mega-stardom as Alex in the Charlie's Angels movie reboots. And that will be where my top five starts, but not before I give an honorable mention to her giving voice to a sarcastic viper in the Kung Fu Panda cartoons - a legend of awesomeness indeed!

But back to the Top 5 live action roles and this is purely a personal list that covers both TV and film,  and I fully accept that there will definitely be other roles that you'll want to include in your own lists - like Kitty Chicago, or Lindsey in Lucky Number Slevin or Jessica in Southland, but these are mine. As promised, starting with: 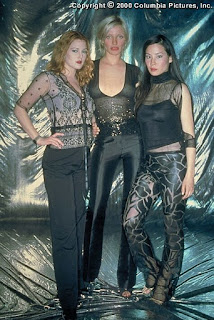 OK so being one of the main Angels was maybe not the most intellectually challenging role that she's taken on but she made it a good fun watch and she definitely makes the best of her comedy timing.

I loved this series! Although short lived with only two seasons, Dirty Sexy Money revolved around lawyer Nick George (played by Peter Krause) who takes on the job as personal lawyer to the incredibly wealthy and absolutely dodgy Darling family (headed up by Donald Sutherland), after their previous lawyer, his father, dies in mysterious circumstances. Ms Liu was only in the second season but she definitely made an impact as lawyer Nola Lyons. 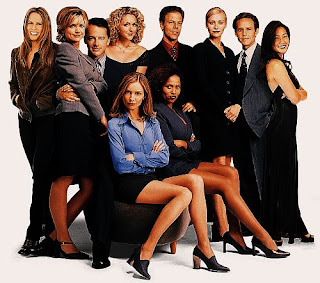 The role of Ling Woo was probably Lucy Liu's big break in TV. It was specially written for her after she impressed the show-runners with her audition for Nelle, that role being given to Portia de Rossi. Ling Woo had an acid tongue and a vicious manner which set her as McBeal's nemesis in a lot of episodes.

Another nemesis role comes next with... 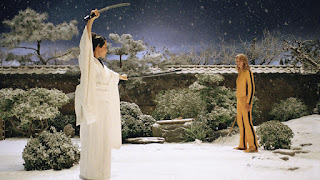 My favourite of her film roles so far and not just because the character's back story is told in the form of an anime sequence. The grace and dignity that Liu brought to the role, while conducting a fast paced, vicious and gory sword fight is utterly compelling. 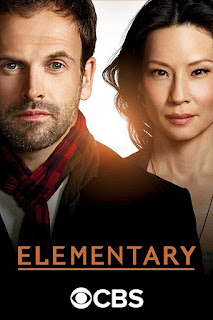 It couldn't really be any other role in the number 1 slot for me. A wonderful, wonderful show that has just finished its final season, I must admit I was surprised at how quickly my "preciousness" for the classical canon was forgotten as I became totally invested in the characters. From the start Liu made the role of Joan Watson her own, which gave me a new appreciation for how good an actor Lucy Liu actually is as Watson's on-screen chemistry with Jonny Lee Miller's astounding Sherlock is terrific and yet you never feel that she is anything other than an equal. Watson's empathetic and patient manner dovetails beautifully with Holmes' spikiness but she is no soft touch with a sharp intelligent mind and an independent spirit.