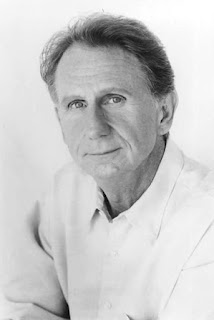 René Auberjonois died yesterday at the age of 79. Susan Omand takes a quick look back at his acting career...

I first came across the work of René Auberjonois, as probably most sci fi fans of a certain age did, with his portrayal of Odo, the shape shifting Changeling who was Head of Security on Star Trek’s Deep Space Nine. However, looking back over his long acting career, he has also been in and around so much else that I watched too. He got his big break in films, or at least his first credit, as Father John Mulcahy in the original M*A*S*H film way back in 1970 (no, I didn’t know that was him either – the TV show was different remember.)

From there, there was a slew of guest roles in all the great 1970s TV cop shows – The Rockford Files, Starsky & Hutch, Columbo, Charlie’s Angels, Hart to Hart, even the Bionic Woman and Wonder Woman, but it wasn’t really until 1980 that he made his name on TV with the role of Clayton Runnymede Endicott III in Benson (no I didn’t realise that was him either either). Six years and 135 episodes later, it was back to film roles, including Chef Louis in the Disney animation The Little Mermaid and (an uncredited appearance in Star Trek VI apparently), and more TV guest appearances and animation voiceovers until his turn as Odo in DS9, which started in 1993, brought him properly on to my radar.

After DS9 finished, six years and 173 episodes later, his was a name that I started to notice in the credits of shows as diverse as Stargate and Frasier and it was his inclusion in the stellar cast of Boston Legal, alongside the wonderful James Spader, Candice Bergen and fellow Star Trek alumnus William Shatner, that finally gave him his own “face” in my TV memories and he has continued to feature in favourites such as Warehouse 13, NCIS, The Librarians and Madam Secretary.

But it is as Odo that I will remember him most; the kind, gentle, highly intelligent, often grumpy, backbone of the team on Deep Space Nine, who quietly observed the others on-board from a unique outsider standpoint while seeking a way to fit in. Odo’s character got his name from the Cardassian word “Odo’ital” meaning “nothing” but Odo, and the man who played him, were as far from nothing for me as they could be. Odo was everything on Deep Space Nine, especially to Kira, he just didn’t realise it until near the end.

René Auberjonois will be sadly missed on my TV screen too.