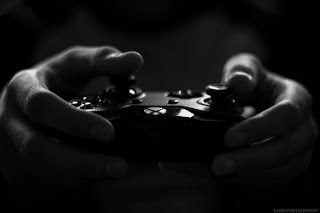 Giving us the benefit of his 2020 vision [would you stop with that joke already? - Ed] The Defective Inspector gives us his list of games to look forward to this year...

2020 has started and while I’d love to pretend the world is re-entering the roaring 20s the gaming world marches forward and there is plenty on the horizon. The question is what sort of games are worth keeping an eye on this year? Luckily you clever people have clicked on this article, shrewd folks that you are. Add these to your wishlists, this is just a few I’d recommend based on hype alone.

If you know of Mount and Blade I need not say anymore. The medieval fictional worlds will be torn asunder once more when you decide how it shall be changed forever. The large world, the massive control of gameplay, the versatility of the game engine. Okay so it’s not going to be “released”, but it’ll be early accessible. I forgive TaleWorlds Entertainment for being brave and announcing a release date for this title, they have big shoes to fill and high expectations to meet. But if you are really desperate to pick up the banner and march into the battlefield you can sign up for the BETA here. Best of luck!

Speaking of looking back, remember Streets of Rage? Yeah who’d of guess this franchise was going to make a comeback, but in 2019 we were treated with a fantastic trailer showing off some familiar styles with brand new style and panache. There is little that can be said about the game yet, we don’t even have the month of release, but with SEGA making surprise comebacks all over the place I remain incredibly hopeful.

This one is a little different. Factorio has been out for a while, in fact it reached over a million sales 3 years ago, but the development of the title has been continual, progressive and a tribute to what should happen in early access. When games shift from Alpha to 1.0 I am excited and so I wanted to include this title on my list. If you want to support the team, play the game and support The DreamCage, click here to find it on Humble Bundle.

My god this game looks beautiful. From the makers of Abzu, a truly iconic piece of digital artwork, Giant Squid are ready to break expectations yet again. With mixed feelings I must inform you that the game has been stuck in a studio silence, with notes everywhere saying the game is due out in 2019 which is…. Ambitious considering the date. However, I have hope, and you should too! So click on this and check out how fun it is to pet an eagle.

Another sequel well deserved, Kerbal Space Program either revolutionised a genre or made it’s own genre to sit in. The strange little… whatever they are being launched into space with a daring amount of realism is absolutely fantastic. Another game which needs to live up to its own hype. Likely we’ll see an early access but when precisely that’ll be is a mystery to us all.

Back in 2016 I called the original game a masterpiece, or at least something along those lines. So when I heard about Darkest Dungeon 2 I was more excited that a school girl on heroin. Why is it an honourable mention? Well nobody knows what’s going on. Even veterans of Darkest Dungeon like AdamVsEverything don’t know what’s happening. Could it be released in 2020? Maybe? So I maybe waiting for it in 2020, maybe beyond….. Who knows?!