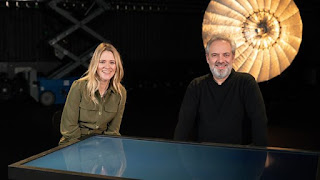 BBC Arts has announced Life Cinematic, a new series of television specials produced by Somethin’ Else for BBC Four, exploring the art of filmmaking in a completely new way...

Continuing its commitment to giving audiences a richer and deeper examination of film with refreshed coverage across TV and online, Life Cinematic will be complemented by further film programming from BBC Arts, which includes Mark Kermode’s Secrets Of Cinema and Inside Cinema, online video essays available on BBC iPlayer each exploring the most exciting contemporary film releases, classic film anniversaries and significant talking points from the wider world of cinema.

Each episode of Life Cinematic will feature an in-depth interview with a renowned filmmaker, blended with a selection of classic clips that have influenced their life and career. Throughout the series, filmmakers will draw on their knowledge and expertise to shine a light on the artistry of films that they love, be it the perfect protagonist, sound design, chase sequence or simply their favourite single shot. The series begins with Edith Bowman interviewing acclaimed British director Sir Sam Mendes, director of Oscar-nominated 1917 as well as films American Beauty, Revolutionary Road and James Bond films Skyfall and Spectre.

Sam Mendes said “It was an absolute joy to spend time with Edith Bowman discussing some of the films and directors who have influenced me throughout my career. I hope this show inspires other young filmmakers to discover these movies for the first time, and fall in love with them too.”

Subsequent episodes will feature British director Edgar Wright, whose cult ‘zom-rom-com’ Shaun Of The Dead rebooted the horror-comedy genre for a new generation and kicked off the Three Flavours Cornetto Trilogy, along with Hot Fuzz and The World’s End. Interviewed by Robbie Collin, Wright will discuss the cult hits and landmark movies that have influenced him. Scott Pilgrim vs The World, released in 2010, cemented Wright’s reputation as an auteur’ lauded for its unique visual style and humour. Wright’s Baby Driver, released in 2017, opened to an overwhelmingly positive reception earning itself a host of awards, including three Academy Award nominations. His current project is a psychological horror called Last Night In Soho.

And continuing the British theme, Edit Bowman talks to Sam Taylor-Johnson, who reveals the films that have influenced her life and career. From her beginnings as a photographer with the world-renowned Young British Art ‘YBA’ movement, to directing the fourth-highest-grossing film directed by a woman (Fifty Shades Of Grey), Taylor-Johnson’s work impressively balances art house and the multiplex. Her first feature length film Nowhere Boy closed the 53rd annual London Film Festival and was nominated for four Baftas, and her latest feature, A Million Little Pieces, was released in the UK last year.

Lamia Dabboussy, Executive Editor for BBC Arts, said “The Life Cinematic specials, along with our Inside Cinema essays and new episodes of Mark Kermode’s Secrets Of Cinema, will provide a rich and insightful exploration of film for cinema obsessives, casual film-goers and everyone in between. I am thrilled that the first episode of Life Cinematic will feature Sam Mendes. He’s a visionary filmmaker and creative and we hope in this programme he can share with us some of the cinematic moments that have most inspired him. Along with Edgar Wright and Sam Taylor-Johnson, he will introduce us to new films and help us to see some of our favourite scenes in a new way. I look forward to announcing our other special guests later in the year.” 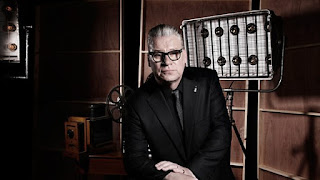 Other forthcoming film content includes three brand new episodes of Mark Kermode’s Secrets Of Cinema. Upcoming programmes will focus on Superheroes, British History and Spies. As ever these cinematic themes will be brought to life by Mark’s wide-ranging, enthusiastic and highly-personal approach as he unpacks these genres in detail and demonstrates how they work. Viewers will be introduced to a surprising and diverse selection of films, and will also begin to see old favourites in a new light.

Complementing the BBC’s coverage of film on television, Inside Cinema, online video essays produced by Little Dot Studios have been commissioned to tie into a range of the most exciting and relevant contemporary film releases, classic film anniversaries and significant talking points in the wider world.

Video essays (some of which you can already find here) include:

The Long Voyage Of The Movie Spacesuit - a look at everything from obsessively realistic recreations of NASA’s finest threads in First Man, to flights of cosmic fashion fantasy in Barbarella

The Menace Of Miniatures - why are we at once drawn to, and repelled by, the creepy miniature world of the dolls’ house, as seen in Hereditary, The Shining and The Lovely Bones.

Nixon's America, A Country Divided - during Vietnam and Watergate, cinema fiercely questioned the status quo and biked down Route ’66, long hair streaming in the wind: but did anything really change?

The Changing Shape Of The Action Hero - an entirely level-headed look at the changing shape of the male body in action movies, from rugged Dirty Harry, to bulging Arnie, through to the leaner 90s, and today’s buff superheroes

When Meg Met Nora - director Nora Ephron (When Harry Met Sally) dubbed her favourite star Meg Ryan ‘America’s Sweetheart’, we look how that ended up being both a blessing and a curse that hung over Ryan’s career.

The Sixth Sense: A Game-Changer With A Twist - how an unknown filmmaker delivered a smash-hit sleeper horror hit, spooked the Oscars and redefined the movie twist ending forever

Why Tim Burton Is The Only Director To Get Gotham Right - how an Oscar-winning masterpiece of production design, created by two genius minds, now stands as a Gothic monument to practical filmmaking craft. Tim Burton: The hero Gotham deserves.

Sam Mendes: Life Cinematic is on BBC Four on Thursday 30 January at 9pm