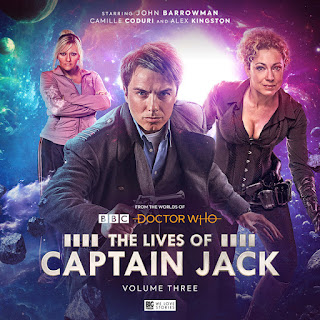 It seems like only last week he was popping up on Doctor Who for the first time in a decade. Now, finally, John Barrowman's Captain Jack Harkness will team up with Alex Kingston's River Song for their very own, full-cast, audio adventures thanks to Big Finish...

Big Finish’s most-requested team-up is finally happening, as River Song and Captain Jack Harkness cross paths for the first time in their zig-zagging timelines. Will the universe ever be the same again? Alex Kingston co-stars along with Camille Coduri, also returning as Jackie Tyler.

Actor John Barrowman said: “Alex Kingston and I have talked about this for years. We knew that the fanbase always wanted River and Jack to meet, or to cross timelines, and we just never knew when it would happen. Alex and I were always game for it and, thanks to Big Finish, this is where it's happening.

“It's like Jack is the male River and River is the female Jack. There are all sorts of comparisons in their behaviours and how they react; the verve and vivacious passion they have for solving problems; getting to the heart of the action and adventure; the determination to get what they want, but also the sadness behind both of their eyes.”

Co-star Alex Kingston added: “I've always imagined that, when River's not on adventures with the Doctor, she's somewhere having fun with Captain Jack. I've always had that at the back of my head.

“John Barrowman and I get on so well, and whenever we've met at conventions, it's the one request that the fans have come up with more than any other. We have a lot of fun together so it's something we've both been pushing independently for. I was so thrilled to find out that our dream has come true.” 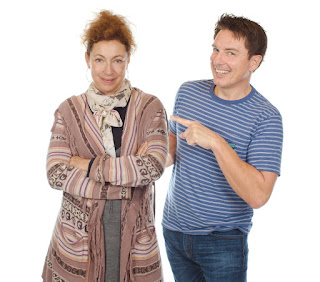 
On a distant planet in the far future, two travellers have come looking for a mythical hero.

The Lives of Captain Jack volume three will be released next month, and is available on pre-order now on the Big Finish website at £19.99 as a download and £24.99 as a collector’s edition CD box set (which also unlocks a free download version on release). This exclusive Big Finish pre-release price will be held until the set's general release at the end of May 2020.

Listeners can save money by purchasing all three volumes of The Lives of Captain Jack released to date, as a download bundle for just £66 or as a triple box set of collector’s edition CDs at only £75.