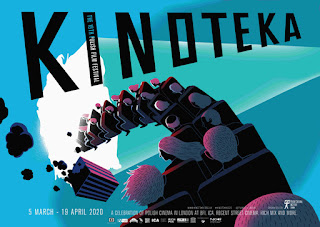 Kinoteka Polish Film Festival in London (19th March - 5th April) has announced its programme for the 18th edition of the festival...

Kinoteka will showcase an exciting range of Polish cinema from new and established talents in film and documentary making, as well as films never before shown in the UK. The festival opens on 19th March with a gala presentation of the acclaimed film RADIOACTIVE starring Rosamund Pike. The festival also highlights lesser known gems ripe for rediscovery and celebrates work influenced by Polish masters along with Q&As, talks and a raft of free, immersive VR experiences that push the boundaries of cinema as we know it.

The festival’s highlights include MR JONES from one of Poland’s most eminent filmmakers Agnieszka Holland, Poland’s short-listed entry for this year’s Academy Awards CORPUS CHRISTI from breakthrough talents screenwriter Mateusz Pacewicz and star Bartosz Bielenia, the silent classic FORBIDDEN PARADISE screened in its most complete version in almost 100 years and rare screenings of Ryszard Boleslawski’s Hollywood classics THEODORA GOES WILD and THE GARDEN OF ALLAH plus a VR journey through the Chernobyl Exclusion Zone, one of three distinct and captivating VR experiences hosted in the Regent Street Cinema foyer.

Find out more and book tickets on the Kinoteka website. Here's more of what we can look forward to:

This special screening of Ernst Lubitsch’s 1924 silent film FORBIDDEN PARADISE is accompanied by an atmospheric live score by composer Marcin Pukaluk. This delightful melodrama features the great Polish star Pola Negri as Catherine the Great who amuses herself by seducing a handsome underling (Rod La Rocque), while her Chamberlain (Adolphe Menjou) keeps an eye on proceedings. 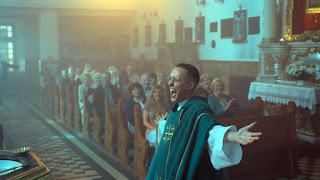 Showcasing all that contemporary Polish cinema has to offer from thought-provoking biopics such as Michael Rosa’s PILSUDSKI and Michal Wegrzyn’s PROCEDER to the international coproductions THE COLDEST GAME (directed by Lukasz Kosmicki, starring Bill Pullman, Lotte Verbeek and Robert Wieckiewicz). Also featured are Jan Komasa’s acclaimed CORPUS CHRISTI and Malgorzata Imielska’s ALL FOR MY MOTHER as well as eerie new film THE OTHER LAMB. This year’s Cold War, MISTER T. from filmmaker Marcin Krzyształowicz, elegantly mixes post-war politics, vodka and basement jazz in a beautifully photographed look at the absurdities of the communist state.

A family friendly screening of Tomasz Szafranski’s ROCK ‘N’ ROLL EDDIE is preceded by a fun music activity session hosted by the Museum of Cassettes for children of all ages to join in. 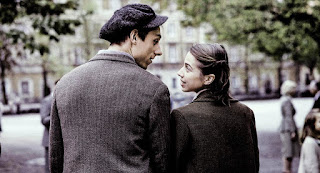 Eye-opening stories from all walks of life

Diverse, historical and contemporary portraits of Polish life are presented this year. Themes of isolation in a seemingly all-connected world are explored in Pawel Ziemilski’s IN TOUCH, Japanese students’ struggle with learning the Polish language in Bobik Matiej’s OUR LITTLE POLAND and there is a bold account of the romantic intimacy amidst the tragedy of the Warsaw Ghetto with Jolanta Dylewska’s MAREK EDELMAN… AND THERE WAS LOVE IN THE GHETTO. 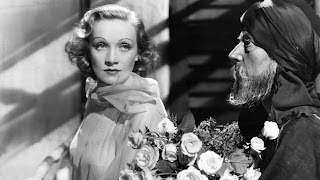 This Polish director arrived in the US in the chaotic wake of the Russian Revolution, Civil War and then Soviet Russia's war with Poland. He introduced Stanislavski’s ‘system’ of acting to America and went on to work alongside the stars of the classical era of Hollywood. KINOTEKA presents rare screenings of two of his Hollywood classics from 1936 - THEODORA GOES WILD starring Irene Dunne and THE GARDEN OF ALLAH starring Marlene Dietrich.


UNDISCOVERED MASTERS OF POLISH CINEMA at the ICA

The early short films of Polish documentarians Jerzy Hoffman and Edward Skorzewski, whose work kick-started the ‘black series’ of Polish documentary films. LOOK OUT HOOLIGANS, THE CHILDREN ACCUSE, ARE YOU AMONG THEM, SOPOT, CALVARY and TWO FACES OF GOD are among those films being presented.


THE TADEUSZ KANTOR LEGACY at Rich Mix – A trailblazer in theatre An evening of film, conversation and performance dedicated to the cultural legacy of Tadeusz Kantor - Polish theatre director, set designer, painter, performer, art theoretician and teacher whose expressionistic and surreal work shaped contemporary theatre as we know it. 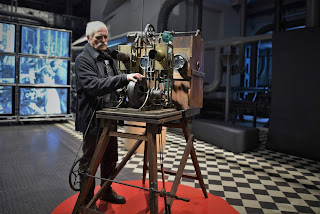 THE RETURN OF THE BIOPLEOGRAPH

In 2017 the National Centre for Film Culture in Łódź embarked on a project aiming to reconstruct one of the very first film cameras - the biopleograph, made by the father of Polish cinematography – Kazimierz Prószyński in 1898. Basing on scant notes and two photographs of the biopleograph, Janusz Król, a renowned movie special effects artist achieved the unimaginable: created a fully functioning biopleograph device.

Having finished work on the reconstruction, the project team commenced the next phase – the recreation of the first Polish film from 1902, THE RETURN OF THE REVELLER. In 2018, footage was shot using both the biopleograph, a standard 35 mm film camera from 1908 and a digital camera. The reconstruction project, the device itself and film are now presented to audiences in London.

From 19-22 March, the festival’s Virtual Reality hub will be open, free of charge to everyone, in the Regent Street Cinema’s foyer. Enter into captivating VR experiences including Maciek Szczerbowski’s GYMNASIA which uses 3D 360-degree video, stop-motion animation, miniatures and CGI to place the viewer within the ghostly arena of lost childhood. CHERNOBYL allows the viewer to walk through the Chernobyl Exclusion Zone and the abandoned city of Pripyat to witness the lost future of thousands. With WARSAW RISING, witness the Warsaw Uprising of 1944 alongside the fighters of the Polish resistance trying to regain control of their city.

Many of the films screening at Kinoteka will feature insightful Q&As with the filmmakers and special guests. Q&A events confirmed to date include the below. Please see website for updates