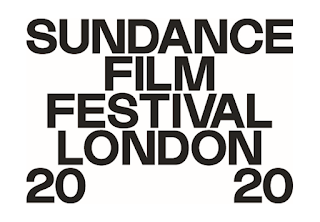 The 2020 Sundance Film Festival ran from 23rd January to 2nd February in Park City, Utah, USA and included 128 features within the line-up - highlighting work from 47 first-time filmmakers, with 42% of feature films directed by women, 34% by a filmmaker of colour and 14% by a filmmaker who identifies as LGBTQ+.

Promising a programme of some of the best films that played in Utah, alongside the chance to vote for a prestigious Audience Award and with a special surprise screening as well as directors and other creative and acting talent in attendance, Sundance Film Festival: London will return to Picturehouse Central from 28th May to 31st May 2020.

Over 40 filmmakers and actors attended the festival to introduce their films and participate in audience Q&As, including Holliday Grainger and Alia Shawkat for Time Out Gala film Animals; Sam Claflin for Jennifer Kent’s The Nightingale; and the cast of Shola Amoo’s The Last Tree. The Audience Favourite Award was presented to Lulu Wang for her foreign language feature, The Farewell.

To give you a flavour of the festival, here's a reminder of last year's highlights...


The 2020 Sundance London programme will be announced in the spring BUT film fans can purchase Passes NOW for the 2020 London event at discounted Early Bird prices via the Picturehouse's website. The VIP Pass gives access to EVERY film and special event at the Festival, plus all parties, a Picturehouse Central Membership, a goodie bag and more. The Festival Pass guarantees access to the Festival’s films and special events, priority booking, access to the Picturehouse Central Members' Bar and discounts on food, drinks and snacks during the festival. There's also Festival Ticket Passes, which give you 10 (or 5 with the Lite pass) ticket credits that you can "spend" to book tickets online, over the phone or at Picturehouse Central from Festival Pass Priority Booking period.


You can find out more about Sundance Film Festival: London at sundance.org/london and picturehouses.com/sundance.