TV - Self Made: Inspired by the Life of Madam C J Walker 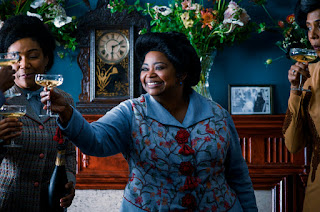 Inspired by the book, On Her Own Ground written by Walker’s great-great-granddaughter A’Lelia Bundles, the Netflix original series, Self Made: Inspired by the Life of Madam C J Walker brings the uplifting story of this cultural icon to the screen for the first time.

Against all odds, Walker overcame post-slavery racial and gender biases, personal betrayals, and business rivalries to build a ground-breaking brand that revolutionized black haircare, as she simultaneously fought for social change.