Book - Altered Carbon: The Art and Making of the Series 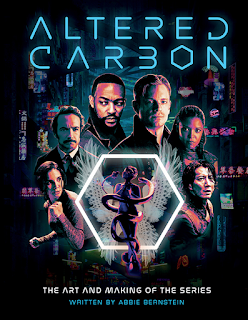 Published today by Titan Books, and with an exclusive look at some of the images in the book, Oliver Kent read Altered Carbon: The Art and Making of the Series by Abbie Bernstein...

I bloody love Altered Carbon - there's something very Blade Runner about it (which Carey Meyer, the shows Productions Designer admits was an influence on its look), but a little less pretentious, something very Doctor Who, with heroes and villains that can change their faces at the drop of a hat, or a button. 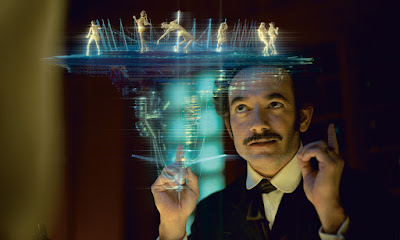 This book covers the first two seasons of the show, in which our hero Takeshi Kovacs is seen in five different bodies, both on Earth and on Harlans World. My only qualm with the coverage of Kovacs, and his "sleeves" are it doesn't touch greatly upon the Torch Singer Sleeve played by Jihae other than a brief note. There's some fascinating details - Joel Kinnaman and the cast turning up to crew exercise sessions, for example. 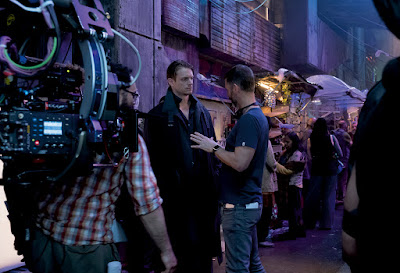 It illustrates stuff that I didn't 100% realise during the first season, that the police station design was supposed to be a church, or that The Aerium was a tower rather than a floating platform like Head in the Clouds. I would have enjoyed a little more detail on the character of Poe, in essence the companion to Kovac's Doctor, but there are so many things to cover, more on the AI hotelier might have seemed superfluous. 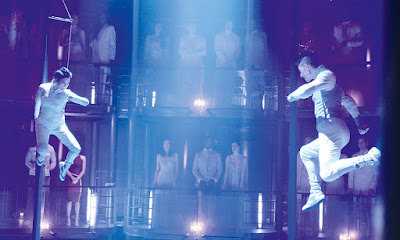 Half of the book relates to the second season, and this is where it comes in to its own, the details about Harlan's World and the design of The Elders, including the designs for their language provides the final six pages of the design section. Some of the designs on these full pages are absolutely beautiful - the design on the middle of Page 150 is a case in point.

To finish the book, we get some storyboards which is an interesting insight into the production of the series. I'd buy a book of the scripts for the show - even if it was just the first two episodes of each season, there must be some beautiful descriptions in the screenplays. 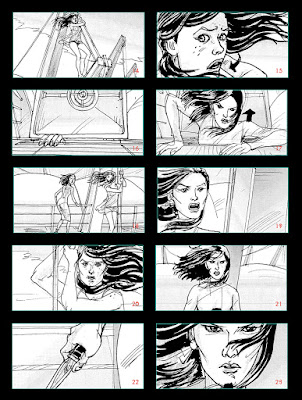 This is a fantastic book, all I can say is it is absolutely beautiful. I knew I wanted to buy this book as soon as it was announced, and was happy when offered a review copy. I can fully admit that, had I bought it, this would not have been one of those Art Of ... books that you buy and then walk away from disappointed.

Fully worth spending your money on!

Altered Carbon: The Art and Making of the Series by Abbie Bernstein is published today.