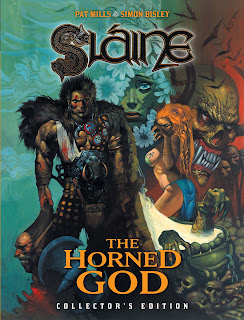 Rediscover one of the most influential graphic novels ever, with Sláine: The Horned God – Collector’s Edition, coming in May from 2000AD...

There are only a handful of comics that can legitimately lay claim to having changed comics - Sláine: The Horned God is inarguably among them and this new edition gives readers the chance to relish Simon Bisley's painted artwork on Pat Mill's tale of Irish legends and extreme violence, which caused a sensation when it was first published in the late 1980s.

This larger edition restores the artwork to as close to its originally published size as possible, giving the luscious art and epic storyline the chance to breathe, and providing readers with a new opportunity to savour this enthralling, spell-binding tale.

One of the most popular stories ever published in the pages of 2000 AD, The Horned God is a heady mix of fascinating characters and saga-like storytelling. Bisley’s stunning work on the series cannot be understated, with epic battles and vast landscapes evoking everything from the work of Frank Frazetta to Gustav Klimt.

This deluxe collector’s edition returns us to the mist-wreathed realm of Tír na nÓg, the ancient land suffering under the dominion of the Drunes; strange druids who have poisoned the land with their magic. Sláine has had enough of their tyranny and, through the Earth Goddess, he learns some shocking truths about the priesthood and his own future. Now Sláine must unite the four kings of Tír na nÓg and use their mystical weapons as he and the Sessair tribe prepare for all-out war!

Here's a look at some of the internal pages (click on them to make them bigger). 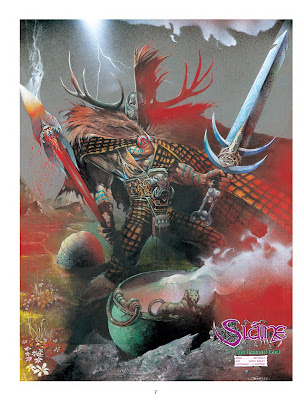 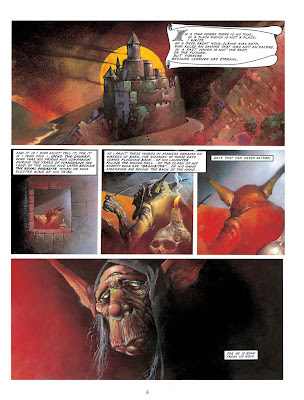 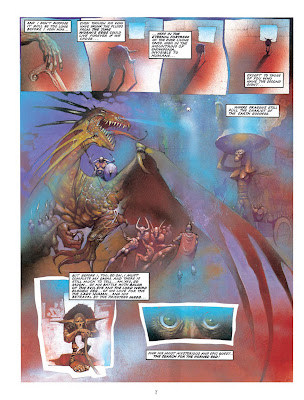 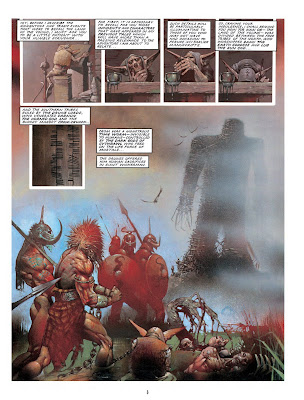 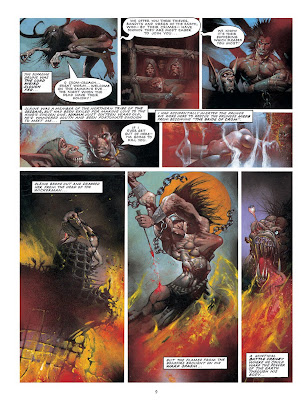 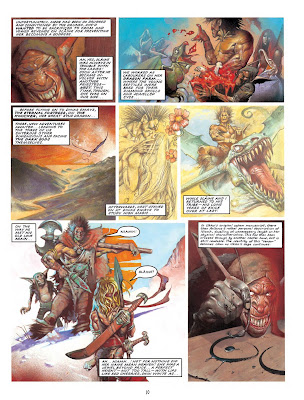