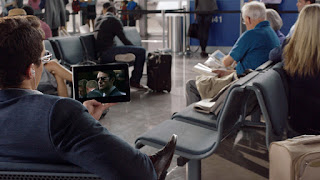 Whether you like tales of social justice, natural history, close-ups of heroes who were ahead of their time, true crime, or something that’s #strangerthanfiction, Netflix's upcoming slate of documentaries will have something for everyone...

Here’s a look at some of the documentary films and series premiering on Netflix over the next few months: 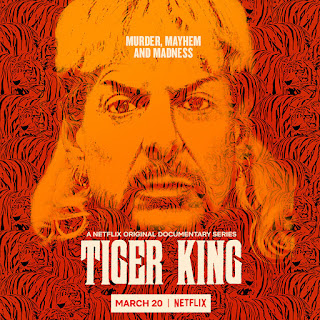 
Among the eccentrics and cult personalities in the stranger-than-fiction world of big cat owners, few stand out more than Joe Exotic, a mulleted, gun-toting polygamist and country western singer who presides over an Oklahoma roadside zoo. Charismatic but misguided, Joe and an unbelievable cast of characters including drug kingpins, conmen, and cult leaders all share a passion for big cats, and the status and attention their dangerous menageries garner. But things take a dark turn when Carole Baskin, an animal activist and owner of a big cat sanctuary, threatens to put them out of business, stoking a rivalry that eventually leads to Joe’s arrest for a murder-for-hire plot, and reveals a twisted tale where the only thing more dangerous than a big cat is its owner. Directed by Eric Goode and Rebecca Chailkin. Executive produced by Chris Smith (FYRE, JIM & ANDY) and Fisher Stevens (BEFORE THE FLOOD, BRIGHT LIGHTS). 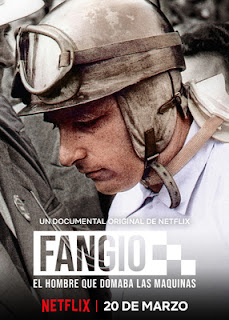 Based on a study conducted in 2016 by the University of Sheffield that determined that Juan Manuel Fangio is the best F1 driver in history, A LIFE OF SPEED: THE JUAN MANUEL FANGIO STORY seeks to get inside the mind of the legend throughout his career and personal life to understand what led him and other drivers to risk their lives racing in cars that flew at the same speeds as today, but with minimal safety precautions and where many do not make it to the end of the season. Directed by Francisco Macri. 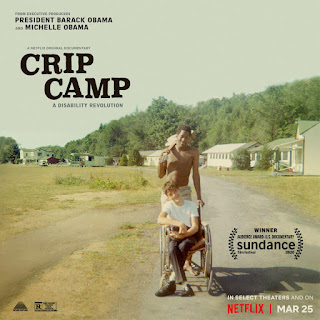 Down the road from Woodstock, a revolution blossomed in a ramshackle summer camp for teenagers with disabilities, transforming their lives and igniting a landmark movement. CRIP CAMP is an untold story co-directed by Emmy® Award winner Nicole Newnham and film mixer and former camper Jim LeBrecht. Executive producers include President Barack Obama and Michelle Obama, Tonia Davis and Priya Swaminathan, and Oscar® nominee Howard Gertler (HOW TO SURVIVE A PLAGUE). 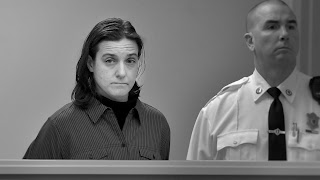 How To Fix A Drug Scandal (Limited Series, April 1)

In 2013, Massachusetts State Police arrested 35-year-old crime drug lab chemist Sonja Farak for tampering with evidence: and that was only the beginning. Over time, details emerged that Farak had been in fact using the drugs that she was tasked with testing. Did anyone know what had been going on? And when did they find out? The scope of Farak’s addiction—and the number of people convicted as a result of her drug testing—comes to light, despite repeated efforts to suppress evidence in the case. This riveting four-part docuseries directed by Erin Lee Carr (MOMMY DEAD AND DEAREST, DIRTY MONEY) examines an essential, but obscured, part of the criminal justice system. In addition to recreations of Farak’s compelling grand jury testimony, interviews with attorneys and experts, we also hear from Farak's family for the first time; delving deep into how the actions of one crime lab employee can impact tens of thousands of lives. 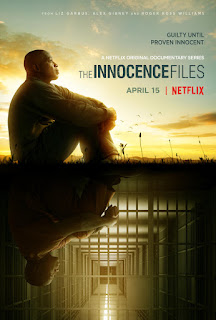 THE INNOCENCE FILES shines a light on the untold personal stories behind eight cases of wrongful conviction that the nonprofit organization the Innocence Project and organizations within the Innocence Network have uncovered and worked tirelessly to overturn. The nine-episode series is composed of three compelling parts - The Evidence, The Witness and The Prosecution. These stories expose difficult truths about the state of America’s deeply flawed criminal justice system, while showing when the innocent are convicted, it is not just one life that is irreparably damaged forever: families, victims of crime and trust in the system are also broken in the process. THE INNOCENCE FILES is executive produced and directed by Academy Award® nominee Liz Garbus, Academy Award® winner Alex Gibney, Academy Award® winner Roger Ross Williams; with episodes also directed by Academy Award® nominee Jed Rothstein, Emmy Award® winner Andy Grieve and Sarah Dowland. 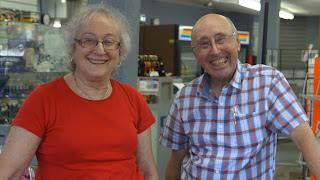 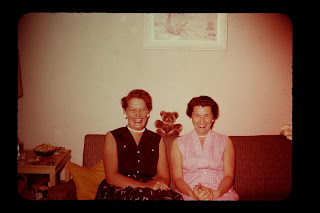 A SECRET LOVE tells an incredible love story between Terry Donahue and Pat Henschel, whose relationship spans nearly seven decades. Terry played in the women’s professional baseball league, inspiring the hit movie A LEAGUE OF THEIR OWN. But the film did not tell the real-life story of the women who remained closeted for most of their lives. This documentary follows Terry and Pat back to when they met for the first time, through their professional lives in Chicago, coming out to their conservative families and grappling with whether or not to get married. Facing the hardships of aging and illness, their love proves resilient as they enter the home stretch. Directed by Chris Bolan and produced by Alexa L. Fogel, Brendan Mason and Ryan Murphy. 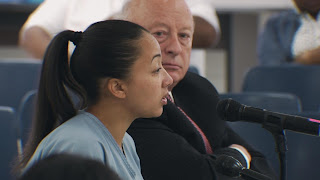 In 2004, 16-year-old Cyntoia Denise Brown was arrested in Nashville, Tennessee, for murdering a 43-year-old man who picked her up for sex. She was tried as an adult and sentenced to life in prison — Cyntoia’s fate seemed sealed. The film shows the complexity of a child who was the product of three generations of violence against women in her biological family. And how in 2019, after nearly 10 years of legal challenges, Governor Bill Haslam granted her request for clemency. He did so following a slow shift in the state for legislative change in juvenile sentencing laws and having seen evidence of her maturity, education, and good behavior as a prisoner. Directed and produced by Daniel H. Birman. Edited and produced by Megan E. Chao. 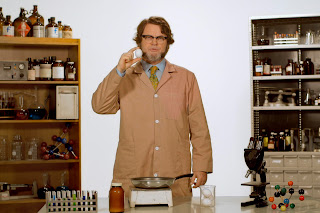 Have a Good Trip: Adventures in Psychedelics (Film, May 11)

HAVE A GOOD TRIP: ADVENTURES IN PSYCHEDELICS is a documentary featuring comedic tripping stories from A-list actors, comedians, and musicians. Star-studded reenactments and trippy animations bring their surreal hallucinations to life. Mixing comedy with a thorough investigation of psychedelics, HAVE A GOOD TRIP explores the pros, cons, science, history, future, pop cultural impact, and cosmic possibilities of hallucinogens. The film tackles the big questions: Can psychedelics have a powerful role in treating depression, addiction, and helping us confront our own mortality? Are we all made of the same stuff? Is love really all we need? Can trees talk? Cast members include Adam Scott, Nick Offerman, Sarah Silverman, Ad-Rock, Rosie Perez, A$AP Rocky, Paul Scheer, Nick Kroll, and Rob Corddry to name a few. Written and directed by Donick Cary. Produced by Mike Rosenstein, Sunset Rose Pictures, and Sugarshack 2000.

In our modern media landscape where real courtroom dramas have increasingly been transformed into a form of entertainment, the Netflix documentary series TRIAL BY MEDIA reflects on some of the most dramatic and memorable trials in recent history. Since televised coverage introduced a new emphasis on creative storytelling and showmanship into the legal system, the courtroom has never been the same. Over six compelling parts, TRIAL BY MEDIA explores the many ways in which the press have contributed to reshaping public perception about guilt or innocence before, during or after a trial. The series features cases reaching across different areas of the law including the unforgettable Jenny Jones made-for-Court TV murder trials, the sensational story of Rod Blagojevich’s political fall, and the case of Amadou Diallo, an unarmed African immigrant who was shot 41 times by police in New York City.

An Indian-American competitor has won the prestigious Scripps National Spelling Bee for the past 12 years straight, making the trend one of the longest in sports history. SPELLING THE DREAM chronicles the ups and downs of four Indian-American students as they compete to realize their dream of winning the iconic tournament. With fascinating perspectives from CNN's Dr. Sanjay Gupta and Fareed Zakaria, comedian Hari Kondabolu, ESPN's Kevin Negandhi, 1999 Scripps National Spelling Bee winner, Nupur Lala, and others, the film explores the reasons behind this incredible winning streak and what it means for the community. Directed and produced by Sam Rega. Produced by Chris Weller. 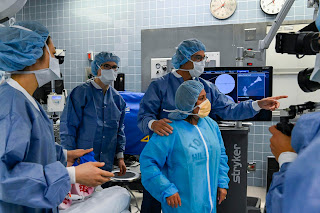 An intimate look at the lives of four doctors — two brain surgeons, an emergency room physician, and a Chief Resident OBGYN — as they navigate the highs and lows of working at the renowned Lenox Hill Hospital in New York City. With extraordinary access and an unflinching eye, the series shows each physician's struggle to balance their personal and professional lives, and delves into each patient's personal journey. From birth to brain surgery, each case offers a rare inside look at the complex, fascinating, and emotional world of medicine. Directed and produced by Adi Barash and Ruthie Shatz. 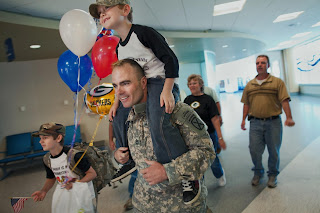 This intimate documentary from The New York Times follows one military family over the course of ten years, becoming an intergenerational exploration of the meaning of sacrifice, purpose and American manhood in the aftermath of war. Directed by Leslye Davis and Catrin Einhorn. 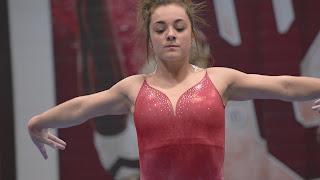 In 2016, the Indianapolis Star broke the story that Larry Nassar had been systematically abusing the USA Gymnastics team’s young female athletes. This documentary follows the reporting team as they uncover more evidence of abuse and cover-ups. Directed by BAFTA Award nominees Bonni Cohen and Jon Shenk (AN INCONVENIENT SEQUEL: TRUTH TO POWER, AUDRIE & DAISY). 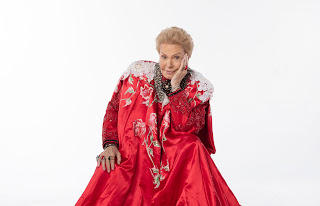 Every day for decades, Walter Mercado — the iconic, gender non-conforming astrologer — mesmerized 120 million Latino viewers with his extravagance and positivity. Then he vanished from the public eye. Award-winning documentarians Cristina Costantini (SCIENCE FAIR) and Kareem Tabsch (THE LAST RESORT) direct MUCHO MUCHO AMOR, produced by Alex Fumero (I THINK YOU SHOULD LEAVE WITH TIM ROBINSON). 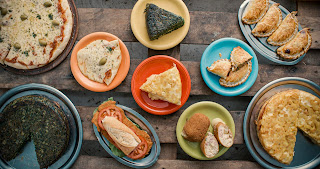 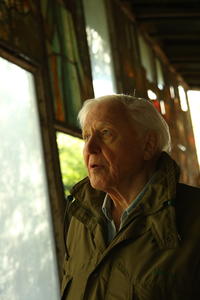 Produced by award-winning wildlife filmmakers Silverback Films and global environmental organization WWF, this unique feature documentary tells the story of life on our planet by the man who has seen more of the natural world than any other. In his 93 years, Attenborough has visited every continent on the globe, exploring the wild places of our planet and documenting the living world in all its variety and wonder. Addressing the biggest challenges facing life on our planet, the film offers a powerful message of hope for future generations. 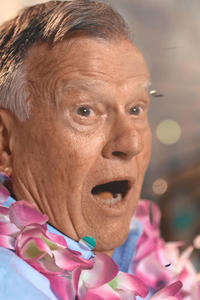 Dick Johnson is perhaps the most beloved grandpa in New York City. However, the retired psychiatrist is 86 and reaching his final years. As a catalyst to confront the inevitable, his daughter — award-winning documentarian Kirsten Johnson (CAMERAPERSON) — devises an ingenious experiment: celebrate Dr. Johnson’s life by staging fantasies of death and beyond. Utilizing moviemaking magic and their family’s dark humor, dad and daughter confront the great inevitability awaiting us all. Winner of the U.S. Documentary Special Jury Award for Innovation in Nonfiction Storytelling at the 2020 Sundance Film Festival. Filmed, produced and directed by Kirsten Johnson.

The iconic series UNSOLVED MYSTERIES is back! Fusing signature elements from the original series with contemporary immersive, character-driven storytelling, the 12 new episodes are rooted in the experiences of ordinary people who have lived the unthinkable — from the trauma of a loved one’s unexplained disappearance or horrific death, to the shock of a bizarre paranormal encounter. Alongside detectives and journalists, family members offer clues, present theories, and identify suspects, hoping one viewer holds the key to solving the mystery. From the creators of the original series, Cosgrove/Meurer Productions, and 21 Laps Entertainment, the producers of STRANGER THINGS.

When multi-millionaire Jeffrey Epstein was arrested in 2019, he had spent decades sexually abusing underage girls, using a deep network of powerful enablers to help cover up his crimes. The four-part documentary series JEFFREY EPSTEIN: FILTHY RICH exposes a horrifying story of relentless manipulation and sex trafficking. Epstein’s survivors serve as the series’ pre-eminent voices, providing powerful testimonials about their experiences, and inspiration in their strength and resilience. Director Lisa Bryant examines the failures in the justice system that allowed the serial sex abuser to evade justice for so long. Executive produced by Joe Berlinger (CONVERSATIONS WITH A KILLER: THE TED BUNDY TAPES), FILTHY RICH is a RadicalMedia and James Patterson Entertainment Production in association with Third Eye Motion Picture Company.