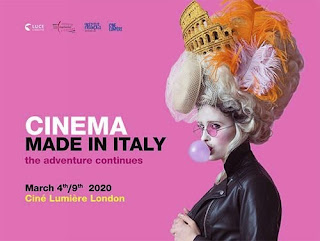 Cinema Made in Italy 2020 opens today. Find out what's on this year's Programme...

From 4th - 9th March, London audiences will once again be able to sample a rich and diverse programme which promises to delight and engage viewers and offers a taste of modern Italy and beyond. The six-day event will kick off at South Kensington’s Ciné Lumière on 4th March with Ginevra Elkann’s If Only (Magari), and new features by Michela Occhipinti and Chiara Malta are also included in the line-up.

As always, screenings will be followed by filmmaker Q&A sessions, giving audiences the chance to
become involved in lively and thought-provoking discussions.

The annual event is organised by Istituto Luce-Cinecittă’s promotional department in Rome (Filmitalia), with the support of the Italian Cultural Institute in London, the official agency for the promotion of Italian language and culture in England and Wales (www.icilondon.esteri.it). The films were selected by Adrian Wootton OBE, CEO of Film London and programme advisor for the BFI London Film Festival.

SCREENING PROGRAMME - CINEMA MADE IN ITALY 2020 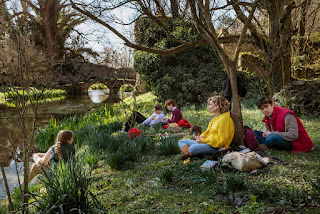 8.30 pm IF ONLY (Magari) with Intro and Q&A with Ginevra Elkann (director)

Alma, Jean and Sebastiano are three tight-knit siblings who live with their mother in Paris. One day they are packed off to Italy to spend the rest of the school holiday with their unconventional father, Carlo (Riccardo Scamarcio), who they haven’t seen for two years. Instead of taking them on the skiing trip they had been promised, Carlo whisks them off to a rundown coastal cottage. They are joined by his bohemian co-writer and lover Benedetta (Alba Rohrwacher), and what ensues is a shambolic Christmas package to remember, complete with a first crush, acts of teenage rebellion, but also tender moments of reconciliation. This semi-autobiographical film by accomplished producer and first-time feature director Ginevra Elkann received critical acclaim when it opened the Piazza Grande section at last year’s Locarno International Film Festival. 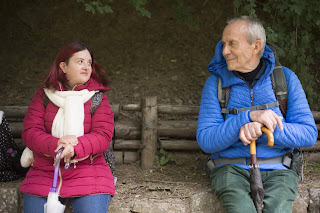 6.30 pm DAFNE with Intro and Q&A with Federico Bondi (director)

“Life affirming and spirited portrait of a young woman with Down’s syndrome which focuses refreshingly on her independence and feisty personality as she makes her way in the world” - Adrian Wootton (curator of Cinema Made in Italy, CEO of Film London and the British Film Commission)

Dafne (Carolina Raspanti) is a strong-willed young woman with Down syndrome who lives with her parents, Luigi (Antonio Piovanelli) and Maria (Stefania Casini). The family balance is shattered when Maria suddenly dies at the end of a summer holiday. As Luigi falls into an isolating depression, Dafne’s response is to verbally lash out at this upheaval in her life. When Dafne suggests that she and her father go on a weekend trip to Tuscany, it proves to be a turning point for them both. Together they find the strength to come to terms with their grief, as well as develop their father-daughter bond. This heart-warming observational dramedy screened in the Panorama section at last year’s Berlinale and picked up the FIPRESCI prize there before going on to win numerous other awards at major festivals around the world. 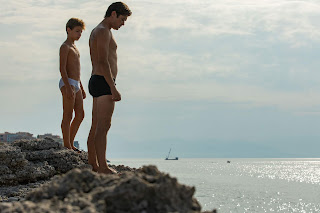 “Bittersweet, powerful road movie with noir thriller overtones as a father and son reunited embark on a dangerous journey” - Adrian Wootton (Programmer - Cinema Made in Italy)

Salvo (Augusto Zazzaro) was five years old when his father Vincenzo (Riccardo Scarmacio) was arrested and put in jail. The young boy was sent to live with relatives in Northeast Italy, and seven years later Vincenzo shows up again, to take Salvo down to Puglia for a few days. This seemingly innocent pleasure jaunt turns out to be a perilous drugs transportation mission, using Salvo as a prop to keep the cops at arm’s distance. At first, father and son barely recognise each other, and in pursuit of love and affection Salvo observes Vincenzo’s lawless actions and starts to imitate him. During their long car journey, they are confronted with the truth about their relationship, and start to reconnect and make up for lost time. 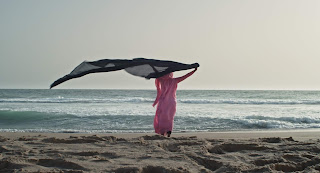 Living in Mauritania, working in a beauty salon and addicted to social media, Verida (Verida Beitta Ahmed Deiche) is a modern girl. However, before getting married in three months’ time she needs to undergo ‘gavage’, or force-feeding, so that she gains a substantial amount of weight to become voluptuous, and thus an ideal model of beauty and wealth. This means that her mother will ensure that she eats and drinks as much as ten times a day. As the weeks of this trial go by and the impending wedding approaches, Verida starts to question her life and her country’s traditions. Michela Occhipinti’s emotionally rich film is a sympathetic portrait of a woman awakening to misogynistic conditioning disguised as cultural convention. The film screened in the Panorama section at last year’s Berlinale. 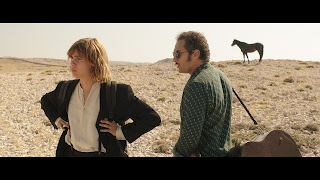 “Blackly comic and gripping tale of a young boy trying to get to know his estranged father from Gabriele Salvatores (I Am Not Afraid), one of Italy’s most acclaimed directors” - Adrian Wootton (Programmer - Cinema Made in Italy)

Willi (Claudio Santamaria), who wanted to be a singer, is the biological father of a boy he has never met. One night, he works up the courage to meet his son, discovering that he isn’t anything like he had imagined. Willi couldn’t have foreseen how that small gesture of responsibility is only the beginning of a great adventure, one that will bring father and son together. Their journey takes them along the deserted roads of the Balkans, allowing them to get to know one another, as well as discover themselves. Elena (Valeria Golino) and Mario (Diego Abatantuono), who have gone in the search of their son, will be able to say all those things they have been unable to say, until now. This contemporary road movie by the Academy Award-winning director Gabriele Salvatores had its world premiere at last year’s Venice International Film Festival. 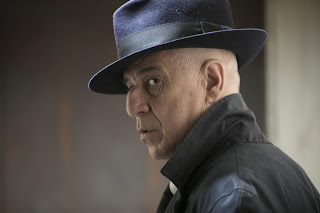 6.30 pm 5 IS THE PERFECT NUMBER (5 è il numero perfetto) with Intro and Q&A with Igor Tuveri aka Igort (director)

“Visually arresting and highly entertaining noir gangster thriller, whose style is influenced by the graphic novels and illustrations that the filmmaker Igort originally became famous for” - Adrian Wootton (Programmer - Cinema Made in Italy)

Peppino Lo Cicero (Toni Servillo) is a retired hitman, living in a bleak part of Naples in the early 1970s. He has passed his trade on to his only son, Nino (Lorenzo Lancellotti), and buys him a Colt Cobra .38 Special as a birthday present. When Nino is ambushed and shot dead whilst on an assignment, revenge is the only thing Peppino has on his mind. He enlists his old friend Totò the Butcher (Carlo Buccirosso) and an enigmatic beauty from the past, Rita (Valeria Golino), to help him track down his son’s murderer. Soon Peppino is back in business, setting in motion a violent and elaborate revenge plot, and doing whatever it takes to get even. Based on Igort’s most famous graphic novel with the same name, which won the Book of the Year Award at the 2003 Frankfurt Bookfair, this thrillingly stylish comic-book noir had its world premiere at the 2019 Venice International Film Festival. 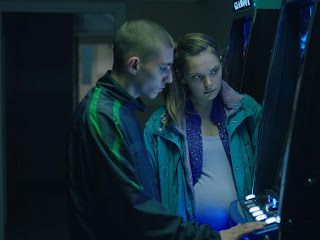 8.50 pm SOLE with Intro and Q&A with Carlo Sironi (director)

“Wonderful directorial debut from Carlo Sironi with his understated, authentic and emotionally involving story of two young people brought together in exceptional circumstances” - Adrian Wootton (Programmer - Cinema Made in Italy)

Ermanno and Lena are two strangers, who must pretend to be a couple in order to mislead Italian authorities. Lena is pregnant and she has come to Italy from Poland to sell her baby to Ermanno’s uncle, Fabio. As Ermanno assumes the role of the father, an unexpected bond grows between him, Lena, and the baby. What if they were actually the perfect family? SOLE is an emotional and untraditional love story which questions Italian surrogacy law. Following its world premiere in Venice last year, where it won the Lanterna Magica Award, Carlo Sironi’s impressive first feature also screened in Toronto. Veteran maestro Paolo Taviani has selected this talented director to participate in an on-stage discussion at the forthcoming Berlin International Film Festival, as part of the new special programme On Transmission. 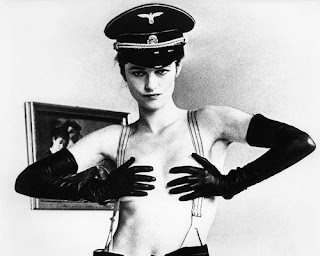 Set in Vienna in 1957, a secret organisation of Nazis meets periodically and ‘eliminates’ dangerous witnesses to their cruel actions during WW II. Max (Dirk Bogarde), a former SS officer, is a night porter in an elegant hotel. When Lucia (Charlotte Rampling) enters the lobby with her husband, she recognises the man who was both her torturer and protector when she was a concentration camp inmate. They eventually find a way to be alone together and replay their concentration camp scenes, not only revisiting their sadomasochistic relationship but also exploring a reversal of roles. Operatic and bold, Liliana Cavani’s 1974 provocative psychological thriller deftly examines the lasting social and psychological effects of the Nazi regime. 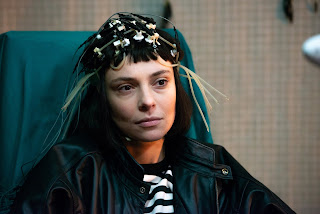 “Clever, funny movie within a movie as a documentary filmmaker superfan works on a film with her temperamental childhood idol” - Adrian Wootton (Programmer - Cinema Made in Italy)

Since childhood, the Italian film director Federica (Jasmine Trinca) has been passionate about cinema. One film in particular has always played an important role: Hal Hartley’s Simple Men, starring the Romanian actress Elina Löwensohn. A chance encounter with her icon offers Federica the opportunity to make a film about her life. However, the real Elina Löwensohn is very different to the one in Federica’s imagination, and soon the true characters of both the actor and the director start to be revealed. SIMPLE WOMEN is Chiara Malta’s debut feature-length fiction film and had its world premiere at the 2019 Toronto International Film Festival, where it opened the Discovery section. 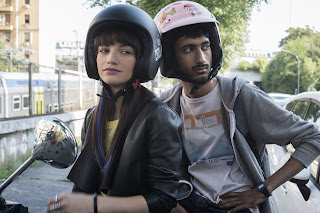 8.50 pm BANGLA with Intro and Q&A with Phaim Bhuiyan (director)

“Original, amusing coming-of-age comedy about the creative trials and romantic tribulations of a young Bangladeshi Muslim man in a suburb of Rome” - Adrian Wootton (Programmer - Cinema Made in Italy)

Phaim (Phaim Bhuiyan) is a 22-year-old Italian-born boy of Bangladeshi heritage who lives in the multicultural district of Torpignattara in Rome. When he falls madly in love with the liberated Asia, he goes into a wild panic. According to his traditional parents, he must marry a Bengali woman, and in their eyes, sex before marriage is a sin. Soon, Phaim finds himself torn between his family’s culture and that of the country he was born into. Phaim Bhuiyan based Bangla on his own life, and plays the lead in this honest, deadpan comedy about integration and identity. The film premiered at the prestigious Rotterdam International Film Festival last year and has since screened at a multitude of festivals worldwide.

Images & info - Cinema Made in Italy
Email ThisBlogThis!Share to TwitterShare to Facebook