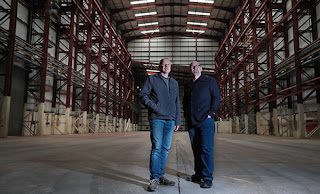 Screen Scotland have announced that First Stage Studios Ltd, led by film and television producer Bob Last and actor and director Jason Connery, has been appointed to run a large-scale film and TV studio space in Edinburgh’s Port of Leith...

First Stage Studios Ltd will work to create an internationally competitive production facility. This is a major step forward in Scotland’s ability to take advantage of the global boom in high-end TV and film production.

The studio space in Edinburgh has already hosted major international productions, including Marvel’s Avengers: Infinity War. The complex is situated on a private gated 8.6 acre site and has been leased from Forth Ports Limited on a 25-year lease. Offering industry standard dimensions, the plans include adaptable interior shooting options across 160,000 sq ft and the potential for 5 sound stages of between 50ft and 100ft in height. In addition, the plot has 27,000 sq ft of flexible production and office space; ample backlot provision allowing for significant production set-builds and ample crew, tech and unit base parking.

Its scale complements the range of studio facilities and flexible build spaces available across the country. It will benefit both the indigenous sector and Scotland’s ability to attract high value international productions that work with the local sector. 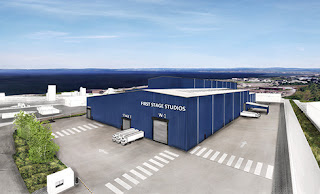 Fiona Hyslop, Cabinet Secretary for Economy, Fair Work and Culture, said “This announcement represents a great step forward in Scotland’s ambition to drive growth across all aspects of the film and TV sector.

“Having a studio of this scale will provide a home in Scotland for film and high-end TV productions, generate significant revenue for Scotland’s wider economy and support sustainable careers across the film and TV industry from writers, producers and directors to those working in craft and technical areas.”

Screen Scotland’s Executive Director Isabel Davis added “The studio is key in expanding film and TV production in Scotland. We’re delighted to be working with First Stage Studios to bring it to life. Bob and Jason bring a wealth of expertise and industry knowledge that is invaluable to the development of the studio.

“Scotland is internationally renowned for its world-class talent, crews, facilities and breath-taking locations, this facility means we can raise the visibility of Scotland on screen, anchor more film and high-end television productions in Scotland and capitalise on the global boom in the industry.” 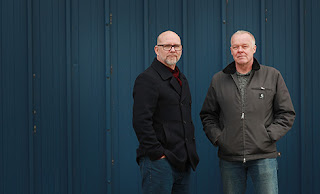 Bob Last is a successful producer of Oscar nominated and BAFTA winning film and television including Terence Davies’ acclaimed Sunset Song and Oscar Nominee The Illusionist (2010) both of which are in Indiewire’s top 100 films of the decade and most recently his animation team in Leith worked on Klaus BAFTA Best Animated Featured Film (2020). Last also recorded Johnny Depp’s gypsy band for the film Chocolat in Leith and in addition to his work in film and television, he has produced award winning animated commercials.

He said he was looking forward to building on the strong interest already expressed by international and UK customers, adding "We are grateful to Screen Scotland for their commitment to an ambitious film and television sector and look forward to contributing to its development."

This was backed up by Jason Connery, who said “There is no question Scotland needs a film studio, I could not be more excited to be involved in bringing it to fruition.”

And he should know. Jason has a lifetime of experience in film and television that began before he could even walk with family visits to film sets and studios. Connery is an actor, producer and director. He has starred in over 80 feature films, television movies and series including as Robin Hood in the iconic 80’s television series [and the brilliant Robin Hood audio dramas - Ed].

In 2008, Connery threw himself into making short film when he established Short Mondays in LA - a platform for short film. Connery went on to direct feature films including Pandemic and The Philly Kid, released by Warner Brothers in 2012. In 2015, having moved back to Scotland, Connery teamed up with Bob Last and shot Tommy’s Honour starring Peter Mullan, Jack Lowden, Ophelia Lovibond and Sam Neill in Scotland. Tommy’s Honour went on to open the Edinburgh International Film Festival in 2016 and won the Scottish BAFTA for best film.
Images - Jason Connery and Bob Last, Image credits: Steward Atwood
Email ThisBlogThis!Share to TwitterShare to Facebook