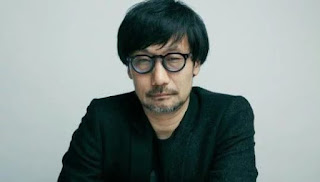 Ahead of tomorrow's Games Awards nominations, BAFTA announced that games designer Hideo Kojima will be presented with the Fellowship at the ceremony in April, in recognition of his creative contribution to the industry...

Previously nominated for seven BAFTA Games Awards, Hideo Kojima is a revered Japanese video game designer, writer, director and producer with over 20 years of experience within the industry. Widely considered as the father figure of the stealth genre, he is also credited with innovating both story-telling and cinematic presentation in video games at large.

In 1987, during his tenure at Konami, Kojima designed and wrote Metal Gear, a game that laid the foundations for stealth games and the Metal Gear series. He is also known for producing the Zone of the Enders series, as well as writing and designing Snatcher (1988) and Policenauts (1994); graphic adventure games regarded for their cinematic presentation.

In 2015, Kojima Productions became an independent studio, and in 2019, the studio released Death Stranding. The game has since gone on to win numerous awards and in November 2019, BAFTA held a special showcase event with Kojima ahead of the game’s release. The event was attended by prestigious and high-profile people within the industry.

Hideo Kojima said: “Thank you very much for this precious BAFTA Fellowship award. I am very honored, and would like to take this moment to reflect on the many predecessors that came before me, as I deeply respect their contributions to entertainment, whether in movies, television, or games. I would also like to thank those who have supported me over the years and I will continue my commitment to creating new and innovative ways that will push the world of ‘play’ entertainment forward.”

Amanda Berry OBE, Chief Executive of BAFTA, said: “I am delighted that we are recognising Hideo Kojima’s remarkable career with a BAFTA Fellowship, the highest accolade presented by the Academy, at the BAFTA Games Awards on Thursday 2nd April. Kojima is the trailblazing creator behind multiple games and is revered around the world for his innovative work.”

The nominations for the 2020 BAFTA Games Awards are announced tomorrow and the Awards take place on Thursday 2 April at Queen Elizabeth Hall, London, where an array of stellar presenters will be celebrating the very best in games of the past year. The BAFTA Games Awards is part of the London Games Festival, which runs from 26 March to 6 April.