Opinion - Fandoom! How to Help Pollute a Franchise 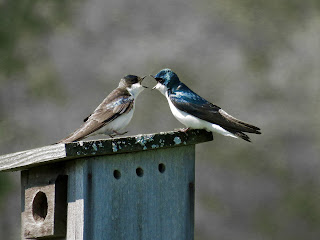 Alwyn Ash asks what happened to respecting a differing opinion on social media and why some people can no longer agree to disagree about their favourite films and shows...

"It's not my show anymore."
"They've bastardized my favourite movie series."
"Political correctness gone crazy."
"It rubs people the wrong way."
"The thing is an obvious gimmick."
"The 13th doctor being a female just ruined Doctor Who."

Everyone has an opinion. Back in the good old days of cult magazines (some of which are still ongoing) you'd find them in the letters section, but unless you purchased said publications then they'd be easily overlooked. Nowadays, thanks to social media, it's EVERYWHERE! You can't log on and access a Facebook page without them being present. And "Friends" regularly post their reactions, both good and bad, to shows and movies. What is becoming apparent today, however, is the lack of respect fans hold for fellow fans.

I'm totally with someone who doesn't like something because we can't ALL enjoy everything that's written for stage and screen, but it's the possessiveness and self privileged attitude of fans that helps to ruin a good franchise. There are personal attacks at anyone who clearly and honestly enjoys the latest incarnation of the Doctor (in this case Jodie Whittaker) or have rallied behind Daisy Ridley in the latest Star Wars trilogy instalment. Now there are misogynistic types behind SOME of the attacks, people who just will not accept a female in a lead role. But it also goes much deeper, because there are women who do not support certain changes "for changes sake" or are tired of a "political correctness agenda" from filmmakers and writers. Again, I'm with them, not because I agree but simply because I respect their opinion.

This is what is largely missing from social networking, the ability to agree to disagree, to accept that an opposite opinion of yours is not a personal attack and therefore does not warrant an actual personal attack. For example, I once commented on a Star Wars post that I enjoyed The Last Jedi - someone called me a "C#@t". I deleted my comment and refused to write anything on a page ever again. Did I give in to a "troll"? Well, yes. But in all fairness I just didn't expect such a response. Naive? Mhm. That said, it's becoming harder to visit ANY official franchise page these days and engage in discussion, as the insults and aggression are actually growing. The thing that makes me laugh? Seeing someone comment that they love Whittaker as the Doctor and it receives a number of angry face emojis. I mean, why? They've not said anything mean, they've not killed anyone or stole someone's pocket money. They've simply stated that they enjoy something that is harmless fun. It's a television show about a traveller in time and space. It's almost terrifying to click on the replies to that comment, knowing there will be the usual cruel jibes.

There's a fantastic article called Ghostbusters: Answer The Call – a celebration of its ongoing legacy in which its author Simon Brew points out the positives of Paul Feig's 2016 movie. This is something that I hold with all franchises, there will always be new fans from a current incarnation whether it be Star Trek or Doctor Who. I've seen online photos of children dressed as the 13th Doctor or a girl Ghostbuster, and it's so refreshing. Honestly, I was a child when first visiting the Doctor or a Ghostbuster, and it was a boyhood dream to want to be Indiana Jones or Luke Skywalker. A show might change but my cherished memories remain intact.

"They've ruined my childhood" is a comment I see often. My reaction? Grow up (as in, be reasonable with your perspective, you're an adult for goodness sake)! At 45 years of age I'm still finding fascination from movies and TV shows, I totally own my childhood and am still developing my adulthood. I've grown up but at the same time still enjoy being a child sometimes. When Star wars: The Force Awakens hit theatres I was excited and giddy, and have now begun collecting Hasbro's Black Series six inch Star Wars figures with the face printing technology. I used to own Kenner figures back in the 1980s, and still have the Yoda with his brown snake somewhere.

If you are someone who have a real passion for Star Wars' original trilogy, enjoy "Classic" Doctor Who, or prefer Star Trek: The Next Generation over Star Trek: Discovery, the good news is that they have never been deleted, you can rewatch til your heart's content. Okay, I see the irony in mentioning George Lucas' original trilogy as not being deleted - he's tinkered with those movies so much that at present we don't own on blur-ray the trilogy as it was first shown - but you get the idea: we can still revisit Luke's adventures in some form. There ARE Doctor Who episodes missing from the 1960s, but we're still rich with plenty of them on DVD between 1963-89. And old Star Trek is EVERYWHERE.

I understand the passion that fans hold for something, they've invested so much time and money into a franchise that they feel some kind of ownership. In truth, we don't and have never owned any franchise, it's always in the hands of a current management team who will take it in any direction they see fit while they have the keys. And so, we either love or hate those changes. Fundamentally, we MUST learn to appreciate that there are fans who WILL adore those changes, embrace and go with them. Criticising their support or directing hateful comments is never acceptable.

An example: I was never fully on board with Matt Smith's Doctor but accepted that he was loved by millions, and so refrained from being negative for negative's sake. I watched some episodes from time to time, and kept up to date with the show's developments, but rarely felt passionate about it all. The same applied to Peter Capaldi's tenure, though with him I was more disappointed by the writing than the actor's casting. I never once visited a fan page just to say how much I hated the show - I mean, what's the point? Instead I embraced Classic Doctor Who more and focused on other shows such as Falling Skies, Terra Nova, The Walking Dead and Stranger Things.

Upon hearing that a woman had been cast as the Doctor, I sighed. It's not what I wanted. But I waited, looked up Jodie Whittaker online and liked her personality in interviews. I shrugged. Okay. I'm interested. Now I'm a fan. I remained respectful and patient, instead of throwing a tantrum and criticising anyone who championed her from Day One.

So, I'm a fan who felt MY show had not gone in a direction I liked (Smith-Capaldi) but didn't feel privileged enough to ruin it for others. I took a sidestep. It's true to say that friends have fallen out over these kind of things, whether in real life or online. But why? It's important to think about what we truly value. A fanbase should be a fun place to visit, share opinions and have a laugh - instead, they've become very serious, polluted and damaging.

It's not the writers of our favourite show or movies that have done this, it's the fans! Regardless of "sides" (of which there shouldn't be any), there is a toxicity that needs to be removed. It's not life or death, nor should someone be regarded as an "enemy". Desist from using an angry face (😠 lol) on a post just because a fellow fan enjoys watching a current incarnation of something you dislike.

They've not boiled your pet rabbit!