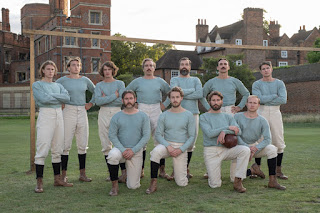 Still missing your football/soccer fix? The English Game is currently on Netflix. Watch the trailer...

The six-part drama charts the origins of football and how those involved in its creation reached across the class divide to establish the game as the world's most popular sport. The series is written and executive produced by Downton Abbey creator Julian Fellowes and produced by 42 (Watership Down, Traitors).

Executive producers include Julian Fellowes as well as Rory Aitken, Eleanor Moran and Ben Pugh for 42 and Eddie Charlton. Ben Vanstone is a Co-Executive Producer.