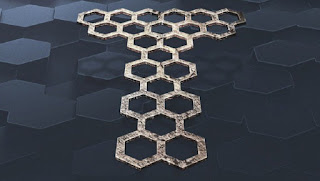 Daniel White looks at what went wrong with Torchwood and discusses what makes some TV series more unique than "just another sci fi show"...

I'll be honest with you, this article was supposed to be about Torchwood (recently back on BBC iPlayer.) I love Torchwood, it's kind of Doctor Who Out Of Hours (yes that was going to be my title) I loved how the first two series opted for alien threat of the week and I really really like Jack Harkness and the team he built around himself. I loved the darkness and the more adult story lines and, when the show moved to a one-story season format, I loved that too. Series 3, Children of Earth traumatised me and, yes, I cried when [SPOILER! – Ed] Ianto died. Something went disastrously wrong with Season 4 and Miracle Day proved to be the last of Torchwood we would see (until it was resurrected by Big Finish.) The irony of a show dying during a season which focuses on a world-wide event which causes precisely the opposite is not lost on me. As I sat down to write my article, I suddenly realised what had caused Torchwood to be axed and, for me at least, it is the same fate that now lies in store for Doctor Who. Doctor Who is dying the death of 1000 cuts and only a new showrunner realising what the cause is can save it. So, fair warning, this article is my opinion and, of course, you are welcome to disagree and love the new feel and format for the show, I truly wish I did as well.

Torchwood's Miracle Day had a great story, fantastic performances (Bill Pullman was chillingly watchable) and boasted a much bigger budget than ever before. But the problem was that the writing team forgot what Torchwood's DNA was. To put it another way, they neglected the show's unique selling point and so it became just another sci fi drama. Torchwood's DNA runs through one man and one man alone. Jack Harkness and his immortality. Flawed though he very much is, what elevated the show to another level was that he always resurrected. At the exact same time that Miracle Day made Harkness mortal, the show died and, no matter how good the story was, nothing could bring it back.

Back when Doctor Who was brought back, I was excited because Russell T Davies is a massive fan of the show, but he is also a fantastic writer. Over 4 seasons he demonstrated that he understood the unique selling point of Doctor Who and also knew where the show's stress points were. He pushed against them and brought the show up to date in a new refreshing way, but it was still the show that has been loved over previous regenerations and by generations of fans. Davies' finales for the show were lovingly created and threaded the whole series and I, for one, loved the excitement of discovering how they would resolve. Moffat also understood the show's DNA but pushed too far past its stress points and this is where the damage began. I believe that Moffat's motivation for Doctor Who wasn’t primarily to re-invent and keep the format fresh but to stamp his own name on a show that has run for 50 years. By focusing the show's attention on companions and not The Doctor, the show became more about human issues (as much as I liked Rory and Amy, their constant inner struggles on whether to choose Real Life or Doctor Life really irritated me) Don't misunderstand me. The companions are an essential part of the show and must have their own life, their own story arc, but to make their character journey the show's journey is to mutate the show's DNA in such a way it ceases to be DOCTOR WHO any more. Moffat's saving grace was that he is a great writer and the Smith and Capaldi tenures boasted some truly breath-taking sci fi stories. 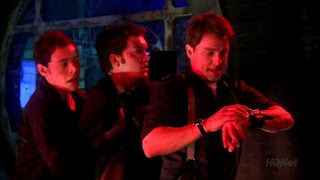 When it was announced that Moffat was leaving Doctor Who and would be replaced by Chris Chibnall I was concerned. For me, Chibnall has written some of the worst Doctor Who episodes and he can be blamed for Torchwood's weaker stories (Countryside and Cyberwoman) But as only a writer I could always rely on the fact that, after a Chibnall clunker, there would be a better one to follow. With Chibnall as showrunner I feared that Doctor Who would move further away from the very elements that lift it from being "just another sci fi series".

Chibnall writes and show runs Doctor Who like a child driven insane by consuming too many Haribo. He crams far too many half-baked ideas into one story and cannot seem to finish a logical story strand before starting another one. Both season 11 and season 12 finales suffered from a lack of cohesion and direction that has also marred the individual story lines. But this isn’t the worst sin he has committed. Chibnall has demonstrated that he has no understanding of what makes Doctor Who work and the show has been reduced to little more than a set of half-baked stories that do not hold together. The Doctor is the show's unique selling point, a character that has to played as a kind of ensemble (schizophrenic) amalgam of past regenerations whilst, at the same time, bringing a new character to the current regeneration. The Doctor has lived for centuries and retains the sum knowledge of all her regenerations. She makes mistakes but the intelligence that burns behind her eyes is centuries old. Jodie Whittaker (an astoundingly talented actress) plays The Doctor like a lost puppy, if a puppy could talk endlessly and with no real direction. This is Chibnall's error as he has failed to give The Doctor any character definition, instead resorting to cliched phrasings and horrendously clunky dialogue. By continuing Moffat's obsession with Companion focus, Chibnall has removed any urgency or direction from the show. When you couple this with his lack of understanding for engaging story line and sci fi that should make sense, Doctor Who has been reduced to worse than just another sci fi show. It has become bad sci fi.

In the recent series finale, The Master was moved to remark on the Lone Cyberman's plan to eradicate all organic matter from the universe. As Cybermen are partially organic this would mean that they themselves are reduced to being just robots.

When a show loses its identity, its unique selling point, it loses more than direction. It loses its reason for existing in the first place. Imagine Bond without its Bondness. Not just the character but the format, the feel, the DNA of the film. It would cease to be Bond film any more, it would be something else. It would be just another spy film. I remember listening to a Doctor Who commentary on the Seventh Doctor story, Silver Nemesis. The Cybermen had been shot with golden arrows and, at the end of the story, Ace rubs a golden pin badge against a Cyberman and kills him. It was pointed out, by one of the writers, that the reason why Cyberman hated gold had been lost and this was why there were some continuity issues. When a show runs for many decades, continuity is always going to be a challenge and mistakes are made. But at no stage should any Writer, Director or Showrunner forget what makes the show unique. Unless this fatal error is corrected, Doctor Who is heading for the bin and I don't think it will be returning. Viewing figures are showing that fans are switching off and moving away. To blame this on the gender of The Doctor or even poor story lines is to understate to crisis the programme faces. The shows DNA strands have been mutated and it's going take someone with Time Lord like intelligence to rebuild it.

As we leave The Doctor, she is facing a crisis of identity, of who she is and where her true origins lie. Like The Sixth Doctor series, Trial Of A Time Lord, when the show itself was on trial as well as the titular character, we are witnessing a show that has too lost sight of its own origin and is too facing a fatal crisis of identity.