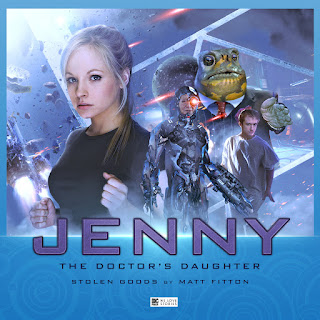 During the coronavirus lockdown, Big Finish is releasing free downloads of full-cast audio dramas – or #lockdownloads – for a limited time. This week it's a Doctor's Daughter story, starring Georgia Tennant...

Every week, a new story (or episode from a box set collection) can be downloaded exclusively from the Big Finish web site’s Weekly Deals page at https://www.bigfinish.com/collections/v/weekly-deals. These stories can be unlocked by anyone who has registered for a Big Finish account (which is free to create) and played on the Big Finish listening app (which is free to install). Each story will be available for one week only, and comes accompanied by a special discount offer on related titles. 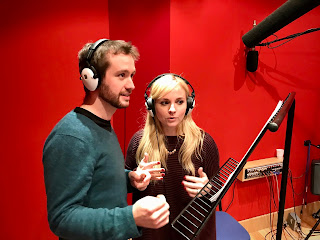 This week’s free title is: Jenny – The Doctor’s Daughter: Stolen Goods, written by Matt Fitton
The story was originally released as part of The Worlds of Doctor Who collection, in June 2018 and stars Georgia Tennant in the title role. Jenny was the daughter of the Tenth Doctor, artificially created from his DNA when it was sampled by a progenation machine. She was born ready to save planets, fight monsters, and save the day, using nothing but her bravery, wit and instinct – and an awful lot of running...

Jenny is new to the universe and keen to explore – but in unfamiliar spaceships, accidents happen. She’s lucky to have someone on-hand to help. A slippery, fast-talking someone, called Garundel.

Soon, Jenny is mixed up in cons and explosions. But she also finds something strange, inexplicable, and as new to universe as she is. She’ll call him Noah.

Big Finish listeners can also get 50% off the complete series one of Jenny – The Doctor’s Daughter audio adventures at the Weekly Deals page. Plus, there is 25% off the usual bundle price of this series when bought together with the Lady Christina series.

Further free stories from Big Finish will be released over the next four weeks.