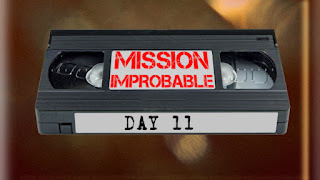 Your mission should you choose to accept it is to let Steve Taylor-Bryant's brain explode whilst thinking as he plays Mission Improbable: Day Eleven…

To: Samuel L. Jackson - Picked by Matt & Cody at Was This Always Weird


Emma Stone was in Zombieland with Woody Harrelson…


Robert Downey Jr. was in JUST ABOUT EVERY BLOODY FILM RELEASED IN THE LAST DECADE BECAUSE OF BLOODY DISNEY MARVEL with Samuel L. Jackson