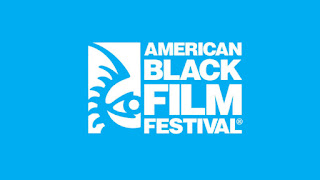 HBO have announced their selection of finalists who will compete in ABFF’s 23rd annual HBO Short Film Competition in August...

As with everything else, ABFF will be hosted online this year on ABFF.com from August 21st-30th, with more than 100,000 virtual attendees from around the globe anticipated to attend. Continuing with the festival’s tradition, the ABFF Online Edition will include the best of independent Black cinema as well as studio premieres, panels, masterclasses, and virtual networking events. The HBO Short Film Competition is regarded as one of the most prestigious short film showcases in the country and will kick off this year’s ABFF.

“Without a doubt, media and storytelling are among the most powerful tools a community can use to give relevance to their experiences and punctuate their existence,” said Dennis Williams, Senior Vice President, Corporate Social Responsibility, WarnerMedia. “For years, HBO has shared the American Black Film Festival’s mission to elevate the work of Black filmmakers so the voice of a people can be seen and heard in all of its complexity and beauty. The ability to introduce and connect talented newcomers to the industry is vital and important now more than ever before.”

“Through the HBO Short Film Competition, we have created an unprecedented pipeline for Black content creators, many of whom have gone on to great success in our industry,” said Jeff Friday, Festival Founder and ABFF Ventures CEO. “We commend HBO for its ongoing commitment to diverse artists and are truly honored to have maintained our partnership for the past 23 years.”

HBO has been a presenting sponsor of ABFF since its inception in 1997 and is dedicated to furthering ABFF’s mission to showcase quality film and television content by and about people of African descent. Each film in this category will compete for ABFF’s HBO Short Film Award and a prize of $10,000 for the winner and $5,000 for each of the finalists. The 23rd Annual HBO Short Film Competition, sponsored by HBO, is on Friday, August 21st, 2020. Hosted by Bevy Smith (Sirius XM’s Bevelations), the competition will be held online. The winner will be announced during the Best of the ABFF Awards Presentation on Sunday, August 30th, 2020.


The following films are the 2020 official selections in the HBO Short Film Competition, now in its 23rd year.

Black Boy Joy is about two generations of black men struggling to juggle the demands of raising a young son with Autism while adapting to their new normal after the death of a loved one.

With his reputation and record deal on the line, Khalil confronts his opponent Young Reap and defends his secret during a freestyle rap competition in Philadelphia. Find out more on the film's website: www.thecypherfilm.com

A story about a young black girl's relationship with her hair and name, and how it helps her understand who she really is. 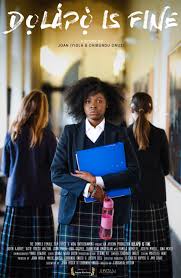 A black bull rider in rural California must choose between his brother and a woman he loves.

When a black man accidentally kills a white cop in self-defense, the cover-up sets off a chain reaction of deceit, blackmail, and murder. Find out more on the film's website www.astorybookendingfilm.com