Arena Cinelounge Sunset, Hollywood’s acclaimed home for arthouse, genre, and independent cinema, is proud to be the first physical movie theater in Los Angeles to re-open this Friday, June 19th, 2020...

The planned curtain raisers are going to be special engagements of classic BAFTA and Independent Spirit Award winner The Unbearable Lightness of Being and the 2020 festival winner Babyteeth starring Ben Mendelsohn.

As a response to the innovative but ill-fated MoviePass, owner Christian Meoli has created the Cinelounge Unlimited app which offers audiences a monthly subscription service with perks such as free concessions, free parking, and access to private special events and premieres allowing them to experience new content and support new filmmakers at the same time. Meoli has also taken his indie theater business one step further by creating their own signature popcorn, with each flavour dedicated to the true cinephile including Natural Corn Killers, APOPalypse Now, Popcorn of the Living Dead and Once Upon a Time in Popcorn.

“As an independent theater owner, I’ve had to be creative about the survival and expansion of my business,” says Meoli. “I’ve taken my love and curation of new films, and directed that energy to a true gourmet cinematic experience with an exemplary signature line of gourmet popcorn blends all non-GMO, Vegan, dairy and nut-free. We’re now even selling the popcorn successfully online.”

Arena Cinelounge’s signature gourmet popcorn can be purchased online, at the theater, as well as in other boutique markets in Los Angeles including Joan’s on Third.

Meoli originally founded Arena Cinelounge in 2012, when he saw the need for an art house cinema devoted to new indie films in Hollywood, and began exhibiting films in a 99-seat theatre located next to The Egyptian Theatre, previously the former iconic Egyptian Theater 2 & 3 that closed in 1992. Through sheer determination and a love of new filmmakers, Arena Cinelounge quickly became Hollywood’s premiere arthouse film destination for new, truly independent cinema. Now housed in a built out, state-of-the-art new concept cinema at 6464 Sunset Blvd, Arena Cinelounge is an Academy Award qualifying theater that has shown over 2000 new titles with 1-2 premieres a weekend for new titles. Cinelounge works with premier industry institutions such as Amazon, HBO, Google, IFC, Sony, Lionsgate, Participant Media, YouTube, and Conde Nast.


Marking its grand re-opening, Arena Cinelounge will bow with two special engagements to welcome audiences back to the theatre: 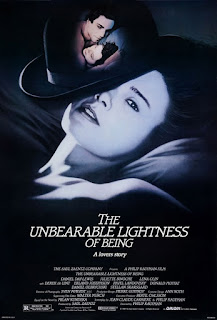 The Unbearable Lightness of Being.

Beautiful 4K restoration of this cinema classic. Tomas is a doctor and a lady-killer in 1960s Czechoslovakia, an apolitical man who is struck with love for the bookish country girl Tereza; his more sophisticated sometime lover Sabina eventually accepts their relationship and the two women form an electric friendship. The three are caught up in the events of the Prague Spring; Pingyao (1968), until the Soviet tanks crush the non-violent rebels; their illusions are shattered and their lives change forever. 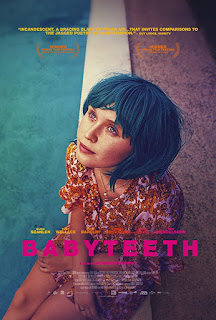 When seriously ill teenager Milla falls madly in love with smalltime drug dealer Moses, it's her parents' worst nightmare. But as Milla's first brush with love brings her a new lust for life, things get messy and traditional morals go out the window. Milla soon shows everyone in her orbit - her parents, Moses, a sensitive music teacher, a budding child violinist, and a disarmingly honest pregnant neighbour - how to live like you have nothing to lose. What might have been a disaster for the Finlay family instead leads to letting go and finding grace in the glorious chaos of life. Babyteeth joyously explores how good it is not to be dead yet and how far we will go for love.

Contact the venue for show times and to view their policies