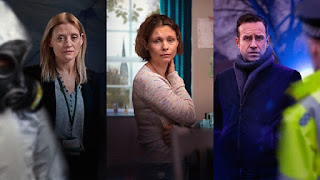 In March 2018 Salisbury became the site of an unprecedented national emergency. Ahead of an upcoming new three-part dramatisation, the BBC have released this introduction by, and interview with, the writers of the drama, Declan Lawn and Adam Patterson...

At the heart of our retelling of the events that occurred in Salisbury in 2018, is a story about the internal mechanisms of a public health crisis response. It follows the work of a public servant called Tracy Daszkiewicz, the Director of Public Health of Wiltshire Council, as she works with colleagues to try to combat a lethal and invisible enemy that has appeared out of nowhere. The public health response team of which Tracy is a part instigates a lockdown. They close a local economy. They set up an elaborate system of contact tracing and testing. They source and distribute Personal Protective Equipment for use on the frontlines. And they deal, every day, with a terrified and frustrated public. They all wonder - both Tracy and the people she is trying to protect - whether life will ever be the same again. The answer, in the end, is that catastrophe forces us to look in the mirror, and to confront who we really are. After that, things are never really the same.

We arrived in Salisbury in the autumn of 2018. The nerve agent attacks on the Skripals had occurred in March, and local woman Dawn Sturgess lost her life in July, having become contaminated by nerve agent in a perfume bottle found by her boyfriend Charlie Rowley. The wounds from these events, both individual and collective, were still very raw, and we knew that there was a chance that it simply might not be right to tell this story at this time. But when we began researching individual accounts of what happened, we uncovered multiple stories of remarkable courage, resilience, and heroism. Individuals who put themselves at great risk. A community that came together in all sorts of unexpected ways to fight not only the invisible toxin in their midst, but also the fear that they all shared. We were inspired by what we were hearing, and we began to feel that now, soon after the event, was a good time to try and bring these stories to light. Internationally, the events in Salisbury had been cast as an affront to the UK, even an embarrassment. Locally though, we were hearing stories that pointed towards people at their best.

We set about contacting the people who had been most directly affected by the events. The Sturgess family, who had lost their daughter Dawn. Charlie Rowley, Dawn’s boyfriend, who almost died from his own exposure to Novichok. Detective Sergeant Nick Bailey, who was contaminated during the course of his own work and who also ended up in a fight for his life. All of them told us their stories and co-operated with the drama. We spent many hours with them, over many months, trying to get the stories right, and we feel a huge debt of thanks to them for taking part.

Naturally, we have watched the recent events around COVID-19 with fascination, because there are so many resonances with the story we tell in Salisbury. Many of the things we observed there have subsequently played out across the country.

The Salisbury Poisonings is not always an easy watch. It deals with real trauma, experienced by real people, not very long ago. So why show it now? Because it is a story of people coming together in remarkable ways, finding strength in family and community. It’s a story that reflects the internal reality of an emergency public health response, with all of its critical decisions. But perhaps most of all, because it reflects a kind of heroism that we have all come to recognise recently. A heroism that is quiet - ordinary even - and that is wrapped up in a simple sense of civic duty that we had wrongly assumed was on the wane, but that really had only been lying dormant. An everyday kind of heroism that nonetheless changes the world. 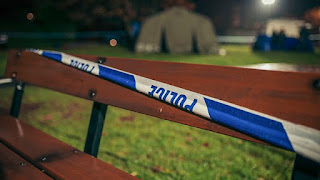 What attracted you to the project and what did you want to achieve from the show?

Declan: We felt that there was an untold human story that should be told. As soon as we started researching it, we found these incredible stories that no one had heard before, about the response to what happened there. About the ordinary public servants, and civil servants, who did this extraordinary job in keeping people safe and saving many, many lives. And, then we also spoke to people who had been massively affected by it.

Adam: Dancing Ledge Productions came to us with the concept of looking at what happened in Salisbury from a drama perspective. And, to be honest, our initial response was that we knew the story and didn’t know how it would play out as a drama. But after we spent a week in Salisbury, we realised very quickly that there was a massive story that hadn't been told on the human level. We ended up living there for weeks and weeks and, having assumed that the response effort had been run from Whitehall, we realised that there were also a lot of people on the ground who had done a lot of the work and saved numerous lives.

Declan: Ordinary heroism is how we came to think of it. Ordinary people in an extraordinary situation, who did remarkable things, under enormous pressure, and saved a lot of lives.

That's one element of the story, and the other element is those people who were directly affected. Such as Nick Bailey, who was poisoned and almost died and Dawn Sturgess, who sadly did die, and her family, who are still grieving for her.


How do you start researching something like this and what research did you do?

Declan: Until quite recently Adam and I were BBC journalists and filmmakers, so we set about this exactly as we might've done a documentary. We turned up in Salisbury, knocked on people's doors on wet Wednesday nights and called them, and the majority of those people wanted to talk to us.

Adam: In the front of our mindset was that the story is very recent. When we started researching this, it had only happened a year before. The wounds were, and still are, very deep. So a big question in our minds was, is this the right time to tell this story? The agreement we came to between us, the BBC, and Dancing Ledge, was that we would only tell this story if the people that have been affected wanted to tell it. We also didn't want to speculate on the spy angle because that's, to all extents and purposes, an angle that will never be properly told. We wanted to look at it through a different lens. How do people deal with something that's unprecedented, when it comes to their doorstep?


What was it like working on a real story that captured headlines around the world?

Declan: When you're working on a real story, about real people and events, that happened very recently, you have to be extremely mindful about their mental state and about all of those ethical dilemmas that come into play. People are still going through trauma.

Adam: And these are people that have been hounded by the media over the course of the year from the events that happened. We arrived at a time when they all wanted to talk, but drama offered a kind of safety net for them. Our approach was that we would take them hand in hand with us through the whole process, we wanted them to feel that level of security and we wanted to tell the right story.

Declan: It was extraordinarily collaborative with the real people, we spent a lot of time with them.

Adam: It gave us this overwhelming sense of duty to them. It's a massive responsibility to have these people come forward and then to carry their stories forward. And, we've often felt nervous and they’ve said, "No, this is difficult, but it needs to be told."

Declan: I think having two writers on this, two people who've worked together for a long time, helped, because we were able speak to each other every day about the best way forward. 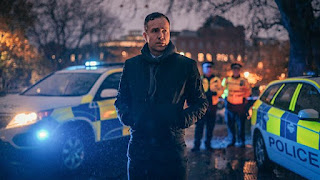 How do you think your experience as reporters has affected the tone?

Declan: I was a BBC journalist for 16 years and did about ten years as a Panorama reporter. That's where Adam and I met. So, we are used to forming relationships with people and hearing their stories and trying to do justice to those stories, but this has been the biggest professional privilege of our careers. I've probably become more emotionally involved than I have in any other project. You see these local civil servants, police officers and a community come together to do the most extraordinary job, it's remarkable.

Adam: And, under the most unprecedented duress. They're essentially fighting an invisible enemy in this nerve agent, Novichok, which can’t be seen, smelt or tasted, of which a teaspoon can kill thousands of people. There’s a constant push and pull. People want the city reopened, for good reason, because footfall has diminished, and businesses are closing and yet to do it too quickly, you could jeopardise not only the community, but thousands of others. So, it really is an amazing story.

Why did you decide to focus on Tracy?

Declan: Adam and I turned up in Salisbury not really knowing what story we should tell, or even if we should tell a story. Our first light bulb moment, when we thought there was something different and incredible to say, was when we met Tracy Daszkiewicz, the Director of Public Health for Wiltshire and her colleague, Alistair Cunningham, and they told us about the response effort. Tracy, for us, became the definition of an ordinary hero. Someone who was pulled from her relatively normal job into this international crisis.

Adam: She would typically deal with food poisoning cases, hospital infections, outbreaks of nits, things like that. Suddenly she's got the world's media on her doorstep but has to keep a steady head and essentially, counter with the official investigation, she has to protect the local community. It's an amazing story of one person who is just like anyone else, who goes above and beyond, to the detriment of herself and her family, to try and protect the people around her.

Declan: They all paid a personal price for this. Everyone involved totally suspended their lives.