Audio - Torchwood: Save Our Souls 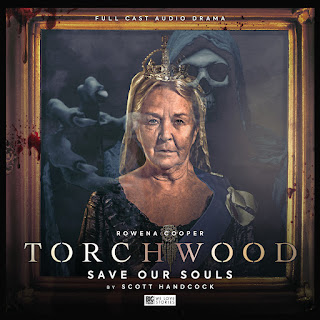 Sending out an S.O.S. This month’s Torchwood adventure from Big Finish is a classic creepy whodunnit in the mould of Agatha Christie, set on a remote island off the south coast of Wales...

Whispering voices, a spiritualist with a message from beyond the grave, and the Queen of the United Kingdom of Great Britain and Ireland all play a part in this mystery. But who will escape with their life?

Rowena Cooper reprises the role of Queen Victoria in her fourth Torchwood audio drama with Big Finish, and she is joined by an outstanding supporting cast, including Kingsley Amadi, Gwyneth Keyworth, Wayne Forester and Gruffud Glyn. 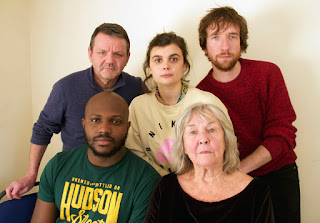 An experimental radio mast has been set up on a remote island. It has been picking up signals – a voice that claims it knows the future.

Five people have come to the island to hear the voice. A scientist, a soldier, a medium, an alienist and the most powerful woman in the world. The voice has something to say to all of them. It starts by saying who will be the first to die.

Director Lisa Bowerman said: “I think we were incredibly, incredibly lucky with our cast. You really get to know who these characters are, and their relationship with each other. Scott Handcock's script did a really good job on that front. It's not just a mystery, it's about the characters. Kingsley Amadi, who plays Samuel the psychic, had never done audio before and he absolutely nailed the part.”

Writer Scott Handcock added: “I remember watching the Torchwood TV episode Adrift and being enchanted by Flat Holm Island. When I discovered it had been the location for some of Marconi’s radio experiments in 1897, it seemed an irresistible combination. Of course Torchwood would be across such pioneering science! And being able to throw its founder, Queen Victoria, into the mix was an added joy.”

Torchwood: Save Our Souls is now available to own as a collector’s edition CD at £10.99 or on download from the Big Finish website at £8.99.