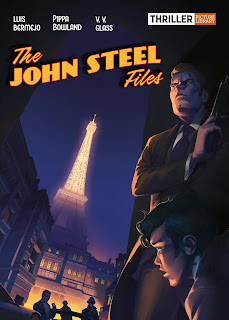 "Sharper than Bond, cooler than The Saint." British spy John Steel is back! Rebellion calls the classic character from the golden age of spy fiction back into action for a comic book special in November. Here's a sneak preview of some of the internal artwork...

Steel’s exploits helped make Thriller Picture Library one of the best-selling titles on the newsstand and it featured a variety of war, spy, and detective heroes such as 'Battler Britton', 'Spy 13', and 'Dogfight Dixon'.

Bermejo took over the series in 1960 and may have influenced the decision in early 1961 to transplant Steel from World War Two into the Jazz Age. Gone were his spying exploits in favour of life as a private detective.

Influenced by the contemporary sophistication of the early James Bond novels, Steel found himself in a world of jazz cafes and shady deals. This switch was reflected in the title of Steel’s stories too - this collection will feature the classics ‘Play it Cool’ and ‘Bullets in the Sun’.

Have a look at some of the pages from the new collection: 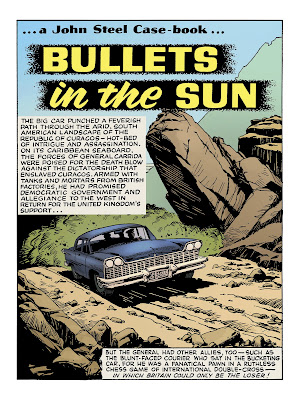 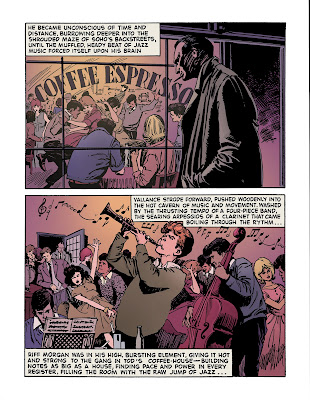 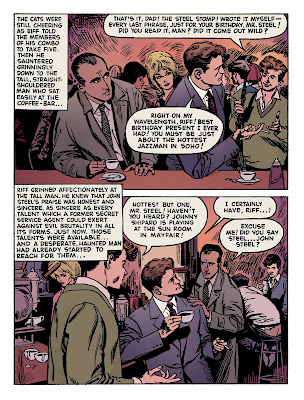 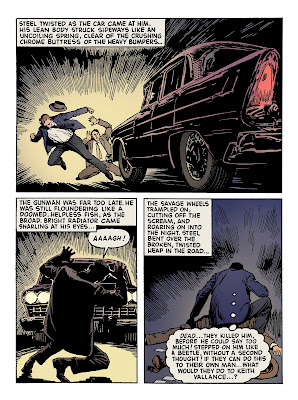 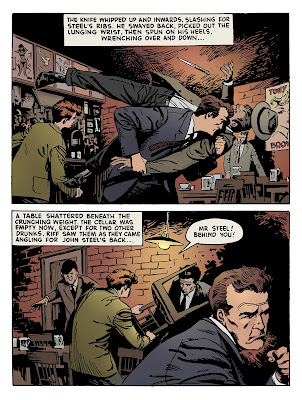 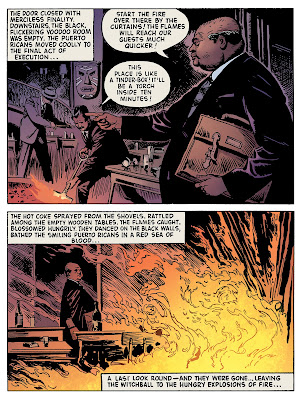 Luis Bermejo Royo’s diverse career spanned Spanish, British, and American comic book industries and his style is instantly recognisable on series such as Adventures of the FBI, Apache, Tarzan, John Steel, Johnny Future, Vampirella, Captain Thunder, and his adaptations of Lord of the Rings and books by Isaac Asimov and Raymond Chandler. He passed away on 12 December 2015.

In 2016, 2000 AD publishers Rebellion acquired the comic book archive of publishing giant IPC, creating the largest library of English-language comics in the world. The Treasury of British Comics is dedicated to bringing back into print the best from more than a century of comics and breathing new life into this internationally important repository of classic characters.

The 128-page comic book special lands on 11th November, priced at £7.99, and will be available from comic book stores, the Treasury of British Comics webshop, and the 2000 AD apps.
Images - Rebellion