Film - My Life Without Me 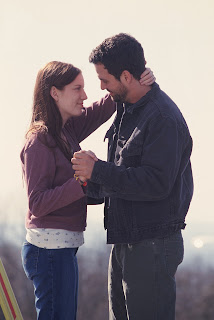 Kraig Taylor-Bryant watched My Life Without Me (slight spoilers)...

With most films in the industry you would expect there to be some mystery behind how a film resolves itself. Of course you have the victory of the protagonist more often than not, and you have this new “equilibrium”, (the new world that’s created through the plot of the movie), though there are exceptions. “My Life Without Me” tells you exactly how the film is going to end around fifteen minutes in, or if not that then the title certainly gives it away because, like the character, the writer wants you to feel the same as them, that sense of waiting for it to happen.

The character I’m referring to is Anne, a twenty-three-year-old mother, who provides for her family financially and emotionally, as we see in the first ten minutes of the film before she collapses and finds out she has a tumour in her ovaries and spreading throughout her body. It’s at this moment that we understand the reflective style monologue that’s at the start of the film, where she mentions appreciation of the little things in life such as the rain.

To me, at least it gives the impression that Anne feels regret for not doing enough for herself in her life, as it’s clear that she spends much of it caring for her depressed mother, her insecure work colleague and financially struggling family. In this regard the film does a terrific job of telling us how much the people around Anne depend on her, which makes it even more saddening when she begins writing her list of “things to do before she dies” and first mentions, “telling her daughters she loves them several times a day” before anything else and then mentioning ‘finding her husband a new wife’, “recording birthday messages for her kids”, “going to the beach with her family” before making time for herself in smoking and drinking as much as she wants, saying what she’s thinking, getting a makeover and making someone fall in love with her.

As the film goes on we learn that Anne’s dreams extended way beyond this when we see not only how angry she is about the difficult life she’s had (when she unintentionally vents her anger at her friend/work colleague) but also when we realise how much she worships Mark Ruffalo’s character, Lee, a working class construction worker who’s seen the world and travelled to places like Alaska, California, Chile, Argentina and Mexico, when she learns so much about these places she gets upset about the reality that she cannot get to visit these places. 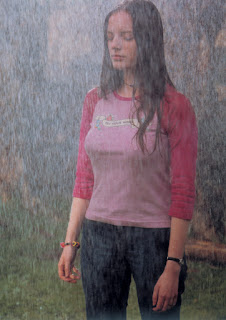 It’s interesting how the relationship between Lee and Anne develops in this film because both of these characters seem to be stuck in a scenario where they feel as if they can’t leave/as if they are trapped in their living situation. It seems like Anne has trapped herself in a life she felt she wasn’t ready to live yet, with a husband and kids. Lee on the other hand is living in a house that is completely empty because his ex-partner took all the furniture and he thinks she may come back, so he’s too afraid to leave or change anything. Of course this all changes when they find each other as it’s obvious that they both feel free from their own lives, as Anne seems to make Lee feel younger and happier around her and Anne seems to feel older, as if she’s seen the world with Lee, as is made clear by her desire to hear what all the places Lee has been to, look like.

It’s also made clear that Anne doesn’t want any regrets as the dynamic between her and her mum makes it obvious how she is worried about becoming a reflection of her mother, who can only tell her children and grandchildren sad stories, because her happy stories never ended happily, which we know well enough from how her relationship with Anne’s father ended with him in prison.

On the subject of Anne’s father, for one thing Alfred Molina was a welcome surprise appearance in this film in that role, and whilst his scene was certainly a short one, it was still a very impactful one. “Sometimes you can’t love someone the way they wanna be loved” is the most memorable quote that Molina delivers as Anne’s father, which is a quote that certainly sums up the character of Anne and how she doesn’t feel loved/appreciated for the things she does for everyone. Whilst of course she feels love for her children and her husband she doesn’t feel appreciated or special when she’s with them, whereas with Lee she certainly does as he is extremely expressive of his love and appreciation for her.

Anne’s importance in her family's and Lee’s lives is even continued following her passing by the end of the film, as we see that the recordings she made for everyone in which she makes requests for them to better themselves and move on in their lives from their struggles (most significantly with Lee and Anne’s mother as they both seem to struggle with having separated from their partners). We see this in the form of a montage showing Lee sorting out his house by painting/refurbishing his house finally and Anne’s mother going out to meet new people, it’s also clear that Anne’s husband was able to move on from Anne’s passing and certainly at least spends time with the neighbour that Anne sets him up with by going on the beach trip they always wanted to go on as a family.

Anyway, back to my original point about knowing how the film ends; whilst as viewer we know Anne is going to die, it’s nice to see that there is a new equilibrium of sorts, as Anne’s death has taught these characters, and possibly even viewers of the film that life is short, and trapping yourself in the past whether that be through relationships gone wrong or financial struggles you shouldn’t let that stop you from going out and trying new things/meeting new people. Whilst this film genre doesn’t seem to appeal to me as much as it may to somebody who can relate to the character, I think the message of the film can certainly apply to anyone.