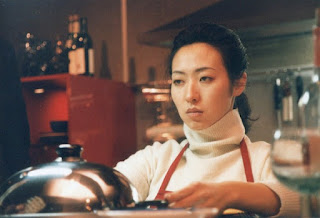 Korean Cultural Centre UK and Birkbeck, University of London continue their collaboration with a new season of Korean Film Nights, this time available to watch online....

This time the season, curated by a collective of MA students from Birkbeck, responds to life in the time of pandemic. We are under lockdown, shielding at home, with restricted access to the public space. We have become, in one way or another, trapped. Trapped! The Cinema of Confinement is a meditation on the themes of isolation, restriction and incarceration, both physical and psychological.

The programme delves into the rich and expansive Korean Film Archive, an online resource with hundreds of freely available classic titles. The archive is used as a way to explore our contemporary confinement, discovering how films from the past can connect viewers today and take on new meanings to help us make sense of our current predicament. Characters in the selected films are in their own way confined by religious or societal dogmas, physical force or even their own psychology. Four rarely screened works by renowned Korean directors portray dreams of escape, transgression and even disappearance.


The opening film is 301/302 by Park Chul-Soo, a cult psychological thriller from the 1990s. The film will excite fans of stylish genre works, and, thanks to its central theme of food, speak to an increased interest in home cooking necessitated by lockdown. Two women, two distinct apartments, two separate dark pasts and one tensely shared present: 301/302 explores the trappings of female identity and sexuality — plus recipes for Korean dishes that range from the mouth-watering to the shocking.

The Eunuch is a sensual costume melodrama by influential director Shin Sang-Ok. It tells a love story between a young and beautiful concubine sold to the monarch by her father and her lover who disguises himself as a eunuch and sneaks into the palace to save her.

Transgression is a rarely-screened mysterious drama by the brilliant Kim Ki-young set in a mountainous Buddhist settlement. It is a story of hunger, desire for human touch and the expansiveness of passionate young hearts that opposes the strictness of religious doctrine.

Trapped! will close with historical drama Sopyonje by Im Kwon-Taek, the acclaimed Korean megahit that brought traditional Korean folk music pansori to a new generation. It is a theme which resonates in today’s context of familial conflict, with tense domestic scenes punctuated by the beautiful vistas of the Korean countryside.


The four events will be held digitally and accompanied by introductions from the curatorial team, as well as blogs including short films amplifying the themes of Trapped! The programme will close with a live discussion, allowing a space to explore the issues and how they resonate with our contemporary experience.

Trapped! The Cinema of Confinement will be hosted on the koreanfilm website as well as the KCCUK YouTube channel. The first recorded introduction will be live on 17th July in a playlist followed by 301/302, from the Korean Film Archive channel.