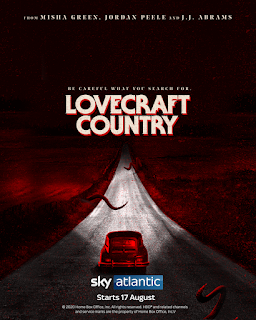 Sky has confirmed that upcoming horror drama Lovecraft Country will air in the UK on Sky Atlantic and streaming service NOW TV from Monday 17th August. Watch the trailer...

The one-hour HBO drama series based on the 2016 novel by Matt Ruff, follows Atticus Freeman as he joins his friend Letitia and his Uncle George to embark on a road trip across 1950s Jim Crow America in search of his missing father. What follows is a struggle to survive and overcome both the racist terrors of white America and the terrifying monsters that could be ripped from an H.P. Lovecraft paperback.

The 10 part series is produced by Bad Robot Productions and Monkeypaw Productions in association with Warner Bros. Television.