Susan Omand found herself with time on her hands recently, so fired up her Steam account and stepped into The Room from Fireproof Games...

These days, I reckon I am, at best, a casual gamer. I don’t have time to get overly involved anymore in MMORPGs or have spreadsheet upon spreadsheet of stats for Football Manager, although this has been known in the past. However, I am very partial to a puzzle game. I don’t mean the horribly addictive Candy Crush style thing where you basically play Connect 4 until you give up the will to live, nor do I mean the ones that, if you hadn’t picked up the red shoes from the goblin king back at the start gate 19 days (real time) ago, you’re never ever going to get out of the maze. No, I mean games like The Room, which I picked up on Steam last week for about £4. 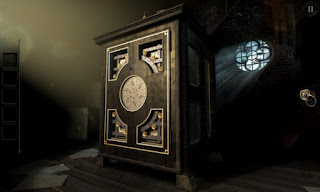 It’s far from a new game I know, but it’s new to me and I was looking for something to replace my no-longer-working (long story) Safe Cracker game and this was one of the suggestions. The basic premise is that you are in the attic of an old family house and there are locked puzzle boxes that you have to open in order to progress through the story, told in the form of notes from an ancestor. Each box is different and the puzzles to open them are really varied, from searching for objects to construct devices and open hidden doors, to finding and shaping keys, to matching symbols that you can only see with a special spyglass, to even playing a piano to get a code for a safe. It has a great tutorial that walks you through the short prologue, so that you can get used to zooming in and out, using the spyglass and making various switches and latches work, and, for once, the in-game hints are actually really helpful so it always stayed on the fun side of being frustrating; I only had to resort to a forum wiki once in the whole game and that was me just being thick about something. Also, for being a conversion to PC from a mobile game, it looks fantastic. The steam-punkish graphics look animated rather than “real world” but that really doesn’t spoil the game for me, it plays very smoothly and is incredibly detailed. To be honest I spent ages just looking around the rooms (*spoiler* you do make it out of the attic eventually) without even doing the puzzles themselves, which ended up being great fun and very more-ish. Because of that, the only downside for me was that the game is short. I powered through five hours of gameplay over two days and that was it finished. However, there is a Room Two and a Room Three so, of course, my addictive personality demanded that I invest another £4 in the sequel and… 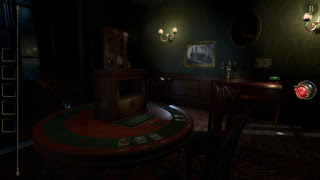 Meh. Now, it could be that I’d just over-indulged myself with the original game. The rooms in the second game still looked amazing and detailed but it wasn’t as enjoyable to play for me. I found the puzzles more repetitive, e.g. typing one word into a typewriter to get a code to wander across the room to try on the puzzle box is fine, but doing the exact same thing three times in succession? Nope, bored. And I think it was that insidious boredom that meant I resorted more to the wiki walkthroughs in the second game just to get past certain bits and, as a result, finished it in a quicker time but with much less satisfaction. The other thing that I personally didn’t like about The Room 2, although others will probably like it more, is that it went from the steam punk/gothic suspense of the first game, which was perfect to add tension to the atmosphere, to full on jump scare horror this time, with pictures jumping off walls for no reason and gory corpses, which added nothing to the gameplay for me and felt gratuitous at best.

That said, I probably will buy the third game at some point (see previous comment about addictive personality) but I’ll wait a fair while before I play it so that it’s back to being fun again.
Images - Steam
Find The Room and The Room Two on Steam.
Email ThisBlogThis!Share to TwitterShare to Facebook