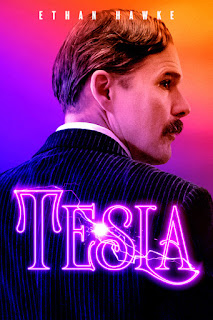 The electrifying story of one of the twentieth century’s most visionary minds comes to Digital HD later this month thanks to Lionsgate UK. Watch the trailer for Tesla...

As Tesla slowly becomes trapped in his own overactive mind, his associate Anne Morgan (Eve Hewson, Bridge of Spies) analyses and presents his story as it unfolds, offering a distinctly modern voice in this scintillating biopic of one of the greatest scientists of the modern age.

Tesla is on Digital Download from 21st September from Lionsgate UK
Email ThisBlogThis!Share to TwitterShare to Facebook