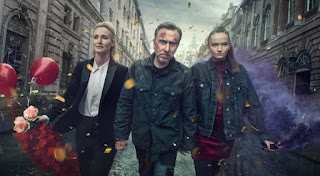 Ahead of the start on Sky Atlantic of Season 3 of Tin Star next week, find out more about the series in this interview with the series creator Rowan Joffé...

The third and final season of Tin Star begins with Jack’s arrival to Liverpool. As he navigates the city he once knew so well we see snippets of a mysterious but gripping flashback to Jack and Angela’s past. 20 years ago in Liverpool – Angela is hunted by criminal Michael Ryan and his younger brother Danny, Anna’s father. With orders to kill Angela, Danny reluctantly corners her on a rooftop. But Jack steps out of his hiding place, disarms Danny and with Angela’s desperate consent and throws him from the building. Danny dies in Michael’s arms fifty floors below. Michael swears to kill Jack and Angela who escape with Anna.

But that was 20 years ago… and fresh from the bloodshed of last season’s spectacular finale in Canada, we find Jack hiding on a hijacked lorry and disembarking a ferry at the majestic port of Liverpool. He has no idea if his wife and daughter are alive and after an agonizing few days spent waiting for Angela at their agreed meeting place, the family have a screwball but hugely emotional reunion in a vibrant and surprising metropolis which is simultaneously a deadly trap set by the Worth’s greatest enemies yet. Here, our family must confront the ghosts of their past and end the very real threat they pose to in the present.

Anna discovers that the top name on the list of people they must kill to survive is her uncle Michael. Michael is one of the two main antagonists this season: the brother of the man who Jack threw from the rooftop twenty years ago and the unstoppable crime lord who swore bitter vengeance on her mum and dad. Once a high-level drugs broker, Michael is now a hugely successful billionaire property developer, a key player in Liverpool’s economic reboot and a close ally to Merseyside Police’s Chief Constable Catherine McKenzie. Together, Catherine and Michael have spent twenty years trying to hide a deeply disturbing (and all too realistic) crime. Since Jack is here to kill everyone associated with that crime, he can now finally afford to expose the darkest of secrets. This he does in a slow-burn reveal that unfolds throughout the next six episodes piece-by-tantalizing-piece in a season haunted by a secret history that turns out to be the key to who our characters really are.
Here’s the interview with series creator Rowan Joffé


Was it always envisaged as a three-season show?

I’ll be honest, no. When I came up with season one, I just knew I had to make it really good. That was all I cared about. It seemed presumptuous as well as overwhelming to worry about subsequent seasons. Then you read about how masterpieces like Breaking Bad were conceived as multiple seasons in one go and think: that’s probably a wiser and more admirable way of working. But it wasn’t the way Alison and I did it! We were pleased with season one and said the only reason to do another season was if we could make it better.


How did you come up with the idea of finishing it off in Liverpool?

That was sewn into the DNA of the show. Season one has a family on the run, so season three, as the bookend, had to be about the family finally facing up to the thing they’d been running from.


Why Liverpool in particular?

It was always going to be somewhere like that. Jack, like Tim Roth, seems to me to be a south-west Londoner and I imagined that was where the majority of his backstory took place. But the connection between Liverpool and Ireland made sense in terms of Angela’s character, so we built around how they met. When a particular constabulary is suspected of corruption, they will deploy undercover cops from the other side of the country for security reasons. That seemed a plausible scenario for Jack to be sent for professional reasons and also to be where he befriended Angela. When I recced Liverpool, I wandered around on my own, taking photos with my iPhone. The writer in me was overwhelmed with inspiration. I went to the Museum of Liverpool and looked at the city’s history. It felt like a city that’s as maverick as the show, a city that never plays by the rules, a city that would swallow you whole unless you knew how to take care of yourself. I loved its dark mercantile history, and we wanted to stay true to the vaguely noir aesthetic of the piece. It seemed Liverpool would do that for us as well. It’s got the edgy multinational thing, and Alison’s from that area so it was really important for her to showcase Liverpool as something far more complex and interesting and constructive and positive than it’s often depicted as in police telly shows. 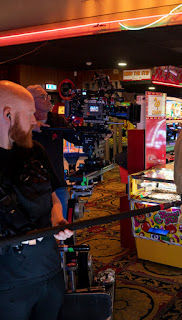 Liverpool is a city in transformation. How did that help in terms of rooting your story in property development?


It helped hugely. Walking around Liverpool Museum and looking at the history of how its slum quarters were levelled for rebuilding and how that sense of regeneration is going on today, that seemed a really good backstory for Michael: someone who had come from a poor background and become incredibly wealthy through organized crime, but was now legitimate and part of one of the flagship regeneration projects in Liverpool. That project had to be something to do with the docks because those buildings infect your imagination, they give a political and economic backstory to that character that made him come alive.


When did you decide Jack had to say the word “Liverpool” to Angela?

It was just something we felt was a wonderfully ominous line, covering a multitude of sins and giving us a lot of latitude for that third season. After I came up with Tim’s backstory about investigating police corruption, ‘Liverpool’ became the slang name for the investigation because it was to do with drugs coming into a major UK port. It grew organically from there to actually setting season three in the city.


How did you pull the story for Tin Star: Liverpool together?

My job as creator was threefold. To run the writers’ room and ensure each writer across the four episodes I wasn’t writing – episodes two to five – was heading in the right direction. Next, to deliver episode one to set the show up and episode six to conclude it. And finally, it was to watch the episodes as they were coming in and offer notes on the edit. I was much more hands-off than I was on season one. I wrote most of season two, but shared some of it with other writers. Season three for me was much more about setting the show up and finishing it off. Liverpool delivered, as did the other writers, Alison Jackson and Jess Connell, our story editor. They did a tremendous amount of work to make sure it was a really satisfying finale. 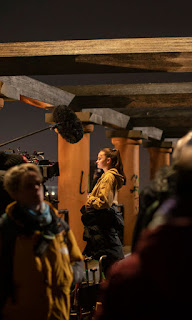 How do you satisfy audience expectations while continuing to surprise them?

You have to be really careful to avoid melodrama, to avoid shocking the audience for the sake of shocking them. That means you come up with 100 ideas and 99 of them aren’t good enough, then through endless rewriting you end up with something that feels revelatory but also meaningful. It’s true to the characters and hopefully says something about what it’s like to be alive.


What were the biggest challenges and personal highlights of making Tin Star: Liverpool?

The biggest challenge and biggest highlight were the same: remaining proud of the show and not feeling like we’d churned it out, but instead taken the show to a new level. I get many notes from Alison, but one of her motifs is: what new thing are we learning about the character in this episode? By the final moments of the final episode, we’ve really done the characters justice and built on the first two seasons. The contributions of Tim and Genevieve are also both hugely challenging and huge assets. By the time of season three, they had very firm ideas about and high standards for their characters, so you want to be able to incorporate the best of those actors’ ideas while weaving them into the fabric of the entire show. That’s a big challenge but, with Alison and Jess’s help, we produced something we’re really proud of.


Have you left any doors open to it coming back, or is this definitely the end?

It’s absolutely definitive! The nasty little mercantile spirit in me always wants to leave the door open, but actually the door is closed. That’s why the ending is so satisfying. We wanted each season to be uncompromising, and for the end of season three to be the most uncompromising of all.