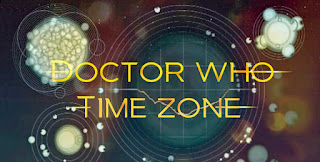 With all the recent talk of Doctor Who needing a cinematic spin-off Universe, similar to Marvel and Star Wars, Alwyn Ash suggests an anthology series of single stories in Doctor Who: Time Zone - The Ultimate Spin-off?..

I have always been interested in possible spin-offs to the popular BBC television show Doctor Who and it got me thinking: what if, instead of one spin-off scenario, there was a series of multiple adventures to further explore the Who universe, all different and from various perspectives? It would certainly allow for free artistic development featuring an assortment of characters and monsters from the show. Imagine a single story featuring a lone Dalek encountering a colony of Humans, it needs their help to repair its spacecraft - but the creature inside the casing is injured and doesn't remember that it is supposed to hate. 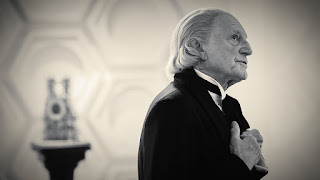 (Features the First Doctor as played by David Bradley. The Doctor, Ian, Barbara and Susan land on a planet whose Humanoid inhabitants are sacrificed to fire beings. Mistaken for an escaped prisoner, Susan will be the next to be handed over for an offering)

I will admit, I wasn't a fan of Bradley in Twice Upon A Time, the 2017 Christmas special. However, that was more to do with the writing than anything else. I do believe the First Doctor as portrayed by Bradley does deserve a second bite at the apple on the small screen. The actor has already reprised the role for audio company Big Finish, whose catalogue of excellent full cast adventures continue to grow, so it wouldn't be an impossibility for Bradley to take the reigns of the TARDIS for a new televised story.

Maybe it could be filmed in black and white to give it that nostalgic feel? 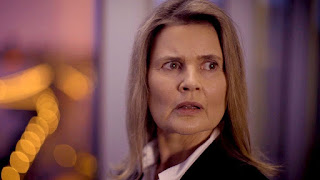 (Starring Sophie Aldred. Ace last saw the 13th Doctor 5 months ago. Time to move on. That is, until a darkness engulfs a part of the city and residents begin seeing ghosts)

I've been a huge fan of the character of Ace ever since her first televised appearance in 7th Doctor story Dragonfire. She is most definitely a fan favourite. In a new fiction book published in 2020, Ace finally got to meet the 13th Doctor. But just imagine if Dorothy McShane (Ace) was given a television episode all to herself, no Doctor, just her charity and a chance to fight the monsters on her own terms... This could be the second episode in a possible spin-off series.

Maybe she'd get a chance to use a baseball bat. 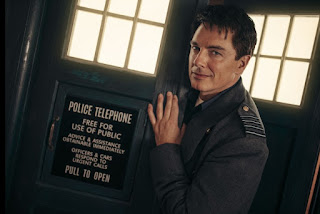 (Archaeologists unearth something sinister in Scotland. As the dead rise, a mysterious man arrives to investigate. No Torchwood, just a Jack of all trades)

Okay, I'll admit now, I'm not a huge fan of Captain Jack or John Barrowman. But that doesn't mean I don't see the potential of involving both in an adventure. He's (Barrowman) very much loved in the Torchwood and Doctor Who community, and the prospect of someone directing a very dark story in keeping with Torchwood would be a missed opportunity. Like Ace, this episode would help to bring a balance to the overall feel of The Time Zone. 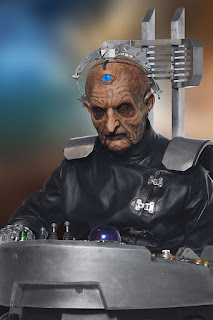 (The creator of the Daleks must be smuggled out of Thal space by a bounty hunter whose own motives aren't at all clear. No Daleks, just a singular story focusing on the Kaled scientist)

With this one I have 'The Davros Mission' and 'I, Davros' in mind, both produced by Big Finish. Doctor Who is generally obsessed with the Daleks, and it wasn't until 1975's Genesis of the Daleks that their creator was introduced. Even though he returned in four more times during the classic era, he's been pretty much neglected in New Who. Yes, he's made appearances but they've not been anything equal to the success of Genesis. It would be nice to finally understand the man, a story that delves into his psyche in a way only heard in 'I, Davros'. 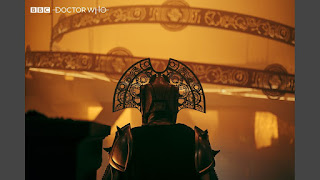 Doctor Who has rarely touched on the people of Gallifrey beyond Time Lord society, though The Invasion of Time (1978) comes to mind. I've also been inspired by Big Finish's Gallifrey audio series. I believe it would be interesting to see that world from the viewpoint of a Gallifreyan family whose lives are limited compared to a Time Lord. How do they live, is poverty and hunger commonplace on Gallifrey if you're not one of the elite? What happens to this family if there is civil unrest or a Time War? They can't just get into a TARDIS and be whisked away from it all. And they only have one life, no regeneration. 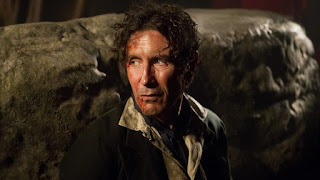 (Featuring the Eighth Doctor as played by Paul McGann. The Doctor has been travelling alone for quite some time. He doesn't plan on having a new companion any time soon. However, the TARDIS makes a force landing on a world of ice where Humans are at war with venomous giant snake-like creatures)

It doesn't look as if Paul McGann will ever be given his own television series so what better way to celebrate his past appointment as the Doctor than by involving him in a complete episode? Not a short like The Night of the Doctor (2013) but a full 45 minute adventure perhaps not even linked to the Time War but set way before. This can be a Doctor who is yet to be affected by the stresses of the Daleks and Time Lords, a traveller in a blue box who just wants to explore, alone.

McGann has reprised the role for many Big Finish tales so it wouldn't be an impossibility to get the actor back on board. A one-off if need be, or a number of episodes over a few series, mixed in with other stories and various characters.


All the above is just an example of what could be achieved if the BBC decided to go down this route. It would be various, thought-provoking, and a glorious celebration of life beyond the current Doctor, whoever that may be. I also don't believe it would be confusing for fans, new or old, as many audiences these days are quite used to a multi Universe themed ride via both the small and big screen. Because each series is varied it'd give a chance for writers to explore different incarnations of the Who world without the need to blow budgets on lots of spin-offs - Time Zone would be the ultimate spin-off.
Find Alwyn on Twitter @AlwynAsh
Images - mostly BBC
Email ThisBlogThis!Share to TwitterShare to Facebook