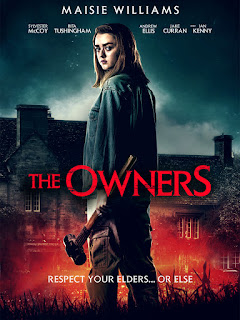 Promising "a fresh twist on home invasion" with a star-studded cast as The Owners comes to Digital and DVD soon, thanks to Signature Entertainment...

One night in 1990s rural England, a retired couple finds their isolated house besieged by a gang of young criminals. The thieves think it will be easy to make them give up the secret of their safe. But they have no idea the nightmare they’ve gotten into and soon need to fight to escape the house alive.