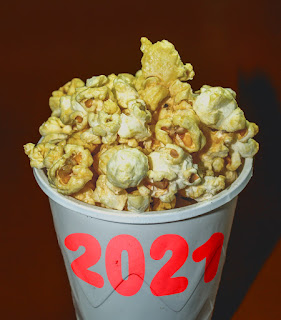 "The only survivor in a post-apocalyptic world...." OK, maybe not, but with 2020 now truly a vision of the past, Ayn Walsh looks forward to some of the films due for release in 2021...

Due to a remake of The Omega Man, the year 2020 mostly closed for business. In truth its been a tough year for many and my heart goes out to those affected by the events of the pandemic. It's also been a year in which many movies have been put on hold while the world tries to put itself back together. Except for titles such as Wonder Woman 1984, other big budget features have rightfully waited for a better time to reach a majority of film fans. We're all hoping 2021 will be that time.

I've taken a look at some of those movies due out over the next 12 months and have decided to share my favourites with you, the reader. They are in no particular release order so, let's get started... 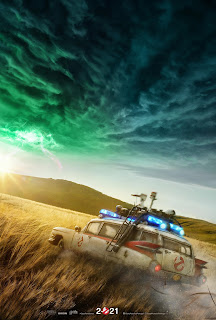 First up is a sequel many have spent the last 20 years waiting for: GHOSTBUSTERS AFTERLIFE. After a not so popular attempt at GHOSTBUSTERS: ANSWER THE CALL (I'm a fan of the 2016 film), this new project is in the hands of Jason Reitman, son of original GHOSTBUSTERS director Ivan Reitman. Though it stars a new cast, GB:A will include familiar faces such as Bill Murray, Dan Aykroyd, Ernie Hudson, Sigourney Weaver and Annie Potts in their much loved roles from the first two GHOSTBUSTERS films. 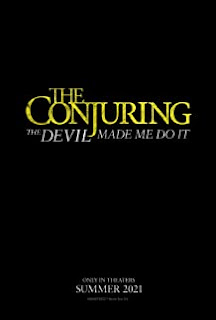 Second in my list of movies for 2021 is THE CONJURING 3 (also known as The Conjuring: The Devil Made Me Do It - however I prefer the shorter title, easier to say when drunk). Reprising their rules as supernatural investigators Ed and Lorraine Warren are Patrick Wilson and my favourite Vera Farmiga. The story is based on a demonic possession and has been described as 'One of the most sensational cases from their (Ed and Lorraine) files'. 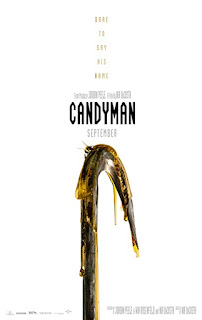 My third choice is slasher flick CANDYMAN. Yes, our favourite "hook for a hand" supernatural killer is back, played once more by Tony Todd. From what I can make out this fourth film in the franchise is a direct sequel to its 1992 original and ignores the other titles altogether - those being CANDYMAN: FAREWELL TO THE FLESH (1995) and CANDYMAN: DAY OF THE DEAD (1999). Personally I'm not a fan of movie sequels being cast to the trash can in favour of a 'better sequel' timeline but we'll see where it takes us. Candyman was created by author Clive Barker, also known as the creator of Hellraiser and the Cenobites.

HALLOWEEN KILLS is my next choice for 2021. We all know the name Michael Myers and how he murdered his sister and many residents of an American town through the years. 1978 gave us one of the best serial killers of all time. Sadly a 2018 sequel ignored a number of other sequels to create a new official timeline. A shame as I am a huge fan of HALLOWEEN 4 and HALLOWEEN 5 (Danielle Harris' casting as Jamie Lloyd had great potential until HALLOWEEN 6). That all said, I can't help but love me some Michael Myers on 31st October, so a new instalment is welcome. 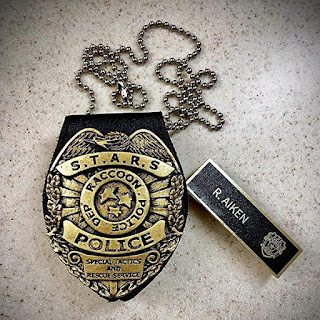 Next up is video game RESIDENT EVIL getting a remake for the Big Screen. Actress Milla Jovovich starred in six film instalments loosely based on the famous horror video game of the same name from 2002 to 2016. Love or dislike them, they've certainly been very popular. Though the original movies drifted quite far from the games, it'll be interesting to see what RESIDENT EVIL in 2021 achieves. It's been said that the new movie will be "Super, super scary" and far more loyal to its source material. Interestingly it will feature characters from the games including Claire Redfield and her brother Chris, Jill Valentine, Leon Kennedy, and Albert Wesker. A QUIET PLACE PART 2 is my final choice. Its 2018 instalment almost went unnoticed to me, but thankfully I experienced it last year and enjoyed it very much. Emily Blunt reprises her role as Evelyn, as do Millicent Simmonds and Noah Jupe as her children. The premise is that the family must continue to survive in a world where monsters hunt by sound. I'm very excited for this one and most definitely recommend A QUIET PLACE if you haven't already watched it.