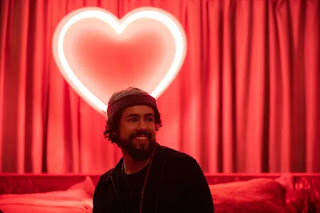 Channel 4 has acquired the critically acclaimed dramedy Ramy from A24/Lionsgate, with season one launching on Friday 5th February on Channel 4 and episodes then available on All 4...

Golden Globe® winner and comedian Ramy Youssef (Mr Robot) stars in the titular role as a millennial Egyptian American on a spiritual journey, caught between the two cultures of his politically divided New Jersey neighbourhood.

Squeezed between a Muslim community that thinks life is a moral test and a generation that thinks life has no consequences, Ramy explores what it’s like to be a first-generation Muslim immigrant in modern America; juggling work, dating and faith - often at the same time.

Created by Ramy Youssef, Ari Katcher (The Carmichael Show) and Ryan Welch (On the Count of Three), the series also stars Mohammed Amer (Crashing) as Mo, Ramy's friend who owns a diner, Hiam Abbass (Blade Runner) as Ramy’s mother Maysa Hassan, Amr Waked (Salmon Fishing in the Yemen) as his father Farouk Hassan, Dave Merheje (Criminal: Become Vengeance) as Ahmed, another of Ramy's friends who happens to be a doctor and May Calamawy (The Brave) as Ramy’s grad student sister Dena Hassan who’s frustrated that her actions and behaviour are still restricted by her overprotective parents.

Nick Lee, Head of Series Acquisitions said: “We are thrilled to be showing Ramy on Channel 4 and All 4. It has such a strong voice thanks to the outstanding talent on and off screen. It’s funny, unique and utterly moving, we really think Ramy is what Channel 4 is all about.”
Here's the Hulu trailer for Season 1 to give you a taster.

Ramy is produced by Hulu and A24 and distributed internationally by Lionsgate Television.
Image - A24