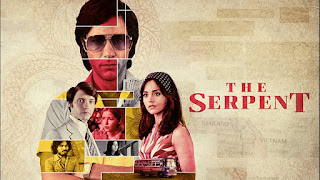 After the first episode aired on New Year's Day (you can watch it on iPlayer if you haven't seen it yet), the BBC have released this introduction to the events behind The Serpent from its co-creator Richard Warlow...

Inspired by real events, BBC One's new eight-part drama The Serpent tells the remarkable story of how the conman and murderer Charles Sobhraj (Tahar Rahim) was brought to justice.

Posing as a gem dealer, Sobhraj and his girlfriend Marie-Andrée Leclerc (Jenna Coleman) travelled across Thailand, Nepal and India in 1975 and 1976, carrying out a spree of crimes on the Asian ‘Hippie Trail’ and becoming the chief suspects in a series of murders of young Western travellers.

As Sobhraj repeatedly slips from the grasp of authorities around the world, Herman Knippenberg (Billy Howle), a junior diplomat at the Dutch Embassy in Bangkok, unwittingly walks into his intricate web of crime. Knippenberg sets off an extraordinary chain of events that will see Sobhraj become Interpol’s most wanted man, with arrest warrants in multiple continents.


Tom Shankland [co-creator and lead director of the series] took me out some time late in the summer of 2013. He had a story, so he said, something he thought I should write…

The sequence of events that entwined the lives of Charles Sobhraj and Herman Knippenberg is a tale that worms its way into you. There are circularities, coincidences and synchronicities so awful and outrageous you gape. But, at the end of that night, Tom had me. I was in.

Three years later, I had the great privilege of meeting Herman for the first time. There is nothing awful or outrageous about him. Which I was grateful to have established for me in the flesh because it was the discovery of Herman's part in the Charles Sobhraj story - and his altogether more straightforward character - that had allowed me to see a way through the lysergic maze of swaggering claim and counter-claim that had always distinguished accounts of his crimes (most of it, it must be said, driven by the man himself).

I needed a structure that could not only support eight hours of television but also allow us to place someone genuinely heroic at the heart of our drama, a character both to anchor an audience's affections and whose investigations would also provide a counterpoint to Sobhraj's particular brand of magnetism. Because if Sobhraj was The Lizard King, the hip chameleon cruising effortlessly through the fracturing borders of 1970s Asia, Herman Knippenberg - to use the vernacular of the times - was a 'square'.

A square whose more traditional qualities of decency, diligence and compassion finally saw The Serpent caged. 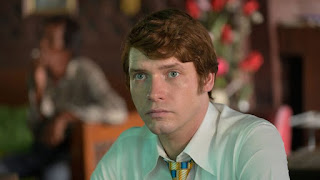 So there were structural and thematic gains from the decision to focus on Herman. Although his pursuit of Sobhraj never fitted a classical procedural shape, had fallow periods down the years (when it seemed his quarry had eluded him for good) and was informed by the fact that the two men never met (and still have not), it allowed me to create a robust frame within and around which we could then watch as all the other characters enter - and leave - Sobhraj’s life.

Chief among these was Marie-Andrée Leclerc, his lover and accomplice. A woman who left the drabbest of upbringings in suburban Quebec to find a love that both transformed and cursed her, and who now forms the third point around which our stories spin.

I want our audience to find Sobhraj the way others found him. Through Herman, who, by the discovery of the man's acts, knew him for what he was; through Marie-Andrée who saw him as the answer to the dead end her life had become; and through all those others whose journeys across the nexus points of the hippie trail tragically intersected with a killer so cruelly expert in identifying their needs...

Be it for a bed and a hot shower, rare gems, acceptance or love - Sobhraj saw those needs and then presented himself as the cure.

Mid-1970s Asia is far gone from the here and now, and the myth-making behind who Sobhraj became is elaborate and often one-sided but, through the development of the scripts, we have been scrupulous and determined in seeking first-person accounts from the people who were there.

Sobhraj had been at the wheel of his own story for many years, spinning his yarns to the enthralled and gullible, his ability to mesmerise never waning, it seems. We wanted instead to encourage and record the testimonies of others who were there...

So, Herman aside, his then wife Angela has been an invaluable friend to the project and a permanent source of both proven fact and sensitive insight. Sompol Suthimai, a colonel from Thai Interpol in those years, and whose own investigations came to cross with Herman's, has provided invaluable procedural understanding.

Finally, and still most astonishingly to me, we have been able to meet and talk with a few of those who were, for a while, friends with Sobhraj and Leclerc, who shared their home, ate their food and went to their parties.

It's been invaluable and humbling to be able to call on the memories of such extraordinary men and women. They have been ceaselessly generous in their recall of what, for a few of them, was a dark and mortally dangerous sequence of events.

Which is of course a stark and poignant reminder of the young people who were never able to tell of the moment their trails crossed with Sobhraj and Leclerc.

For far too long Sobhraj was able to falsely characterise these victims as somehow deserving of their fate, as drug dealers or drug smugglers unworthy of compassion. A position many in the media were, at the time, all too willing to repeat and reinforce.

Which is another reason we wanted to tell this story the way we have, to find these young men and women in the life they were living before they met Sobhraj and, in whatever small way we can, reclaim them for who they were: wide-eyed kids who went looking for adventure and instead found a monster waiting.

It's to all those brave young intrepids that we now dedicate the work.
Catch up with all the episodes of The Serpent on iPlayer.
Images & info - BBC
Email ThisBlogThis!Share to TwitterShare to Facebook