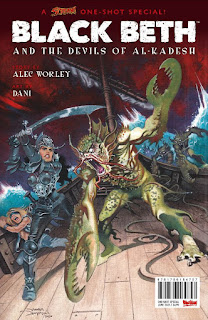 From mighty warriors fighting through way across distant lands to the high-danger streets of the future megalopolis and bonkers Halloween monster fun - there’s something for everyone with the Rebellion comic book specials this year...

Rebellion has announced three upcoming comic books specials for 2021, which will be available from all good newsagents and comic book stores, as well as from the 2000 AD and Treasury of British Comics webshops.
Specials editor Keith Richardson said: “We’ve got an eclectic mix of specials this year from a whole special dedicated to swords-and-sorcery character Black Beth and a revival of Monster Fun, one of those fantastic all-ages titles from the 1970s.

“Despite the many obstacles put in our way last year, Rebellion’s 2020 roster of specials were a great success. While the world strives to resolve the terrible crisis that we still find ourselves in, we’ve scaled back the number of specials this year - but we’re keeping the quality high thanks to our roster of brilliant creators.”
Black Beth and the Devils of Al-Kadesh
After her appearance in the Scream! & Misty Special, by popular demand the sword-swinging Black Beth is back in Black Beth and the Devils of Al-Kadesh! Written by Alec Worley (Durham Red) and drawn by DaNi (Coffin Bound), Beth is a warrior-woman born in anger and forged in rage. She and her blind aide Quido have travelled to the wicked city of Shadrivar, in search of the evil witch Anis-Amuun.

Many think that she is long dead, but a mage called Estevan believes otherwise. He charges Beth with a quest to destroy the witch, initiating a sea-spanning quest which pits Beth’s curved blade against all manner of mystical creatures…and possibly Anis-Amuun herself!
Publication date: 23th June
Pages: 48
Price: £4.99
2000 AD Sci-Fi Special
The 2000 AD Sci-Fi Special is back for a fantastic collection of original Dredd-world stories, all connected to the same over-arching narrative and plotted by writers Mike Carroll (Judge Dredd) and Maura McHugh (Anderson, Psi Division). Dive into the dystopian world of Judge Dredd as he brings law to the lawless on the mean streets of Mega-City One!
Publication date: 7th July
Pages: 48
Price: £4.99
The Monster Fun Halloween Spooktacular

And the popular 1970s comic book Monster Fun is back for Halloween 2021! Join the Treasury of British Comics’ creepiest and coolest goblins, ghouls and vamps for brand new, HELL-arious comic strips in the The Monster Fun Halloween Spooktacular! Everyone's favourite monsters - including Frankie Stein, Kid Kong, Draculass, Teddy Scare, and the Hire A Horror crew - have returned, courtesy of creators including Tom Paterson, Chris Garbutt, Matt Baxter, Juni Ba and Lew Stringer! If that wasn’t enough, a brand new Leopard of Lime Street tale sees Selbridge’s premier superhero face off against a fantastic new foe!
Here's a sneak peek at some of the Spooktacular art you can look forward to:
Gah! art by Tom Paterson 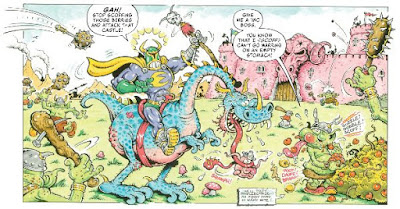 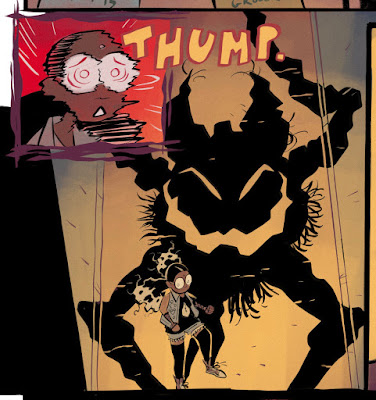 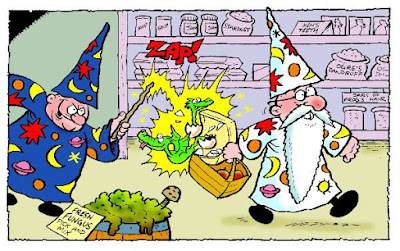