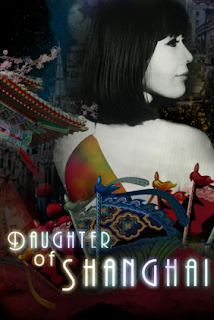 Tony Cross watched Daughter of Shanghai, available to watch now as part of Chinese Cinema Season...
Find out more and how to book tickets for Chinese Cinema season here

The Daughter of Shanghai, directed by Michelle Chen Miao, is the life story of the Chinese actor, Tsai Chin. It is a fascinating story, taking in 30s Shanghai, 50s and 60s London, the Cultural Revolution, Boston, and Hollywood. She was the first Chinese student at RADA. She was the first Chinese Bond girl, about which she is delightfully unbothered. She had fame and money and lost it. She worked as a secretary, as a teacher and is now deep into what she describes as her ‘fourth life as an actor.’
She is the lead in the 2019 film, Lucky Grandma, which you can find on BFI Player (and elsewhere I am sure) for example. It is the story of a survivor. It is also the story of a difficult person, which she herself gleefully admits. This is not a woman who takes any shit. She tells a story that her first marriage started with the nervous groom saying, ‘my awful, wedded life’ instead of ‘my lawfully wedded wife’, which is ‘prophetic.’

She smart and self-aware enough to give an interesting overview of her own career and life. As she says, in the early part of her career Asian parts were overwhelmingly prostitutes or servants and British men exoticized her and had this belief in that Asian women were softer than European women. She has been criticized for playing the daughter of Fu Man-Chu in the series of films where Christopher Lee yellow-faces it up as Fu Man-Chu. But, as one of the guests says, those were the only kind of parts for Asian actors in western cinema at the time. Men were always flirting with her. But she worked. She had a successful run in the theatre, as Suzie Wong. She was in ‘You Only Life Twice’. She carved out a singing and cabaret career. 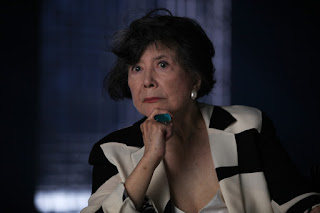 The film does justice to its subject. The story is mostly told in Tsai Chin’s own words, which is great because she is tells her story well. Other people pop up occasionally, in the early part of the film, it is Jonathan and Elizabeth Aitken. The sight of Jonathan Aitken was a surprise, but Elizabeth Aitken knew Tsai Chin when they were young, so their contributions are interesting, especially on Tsai Chin’s decision to give up her son.

The film touches on many issues, including how women are treated in the entertainment industry, the portrayal of Asians in western cinema and China’s history. Tsai Chin’s father was an actor in the Peking Opera, Zhou Xinfang. Indeed, he is one of the great 20th century Peking Opera performers and, initially, because of his fame the new Communist Chinese government wanted to keep him onside, but then came The Cultural Revolution. The story of what happened to her parents during the Cultural Revolution is one of the most powerful parts of the film and I suspect would make a fine film of its own. The Peking Opera slips in and out of the film from beginning to end.

This is one of those documentaries about someone who you are peripherally aware of that turns out to be utterly fascinating. Tsai Chin herself seems to be indomitable, although it has not always been easy, as the documentary shows you. As the film draws to a close you hear from Asian American actors, including Ming-Na Wen and Sandra Oh, who have worked with her and been influenced by her. As one of them says, ‘She’s played all of our mothers at some point.’

I suspect you could make a longer film about Tsai Chen, filled with more stories, and not get bored. If you can find it, you should give it a watch.