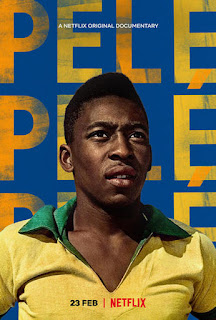 With the documentary by film-makers David Tryhorn and Ben Nicholas available on Netflix from today, read a short Q&A done by Netflix with the footballing legend himself, Pelé...
Press Release
This new documentary explores the untold story of the only player to win three World Cups across an incredible twelve-year period of Brazilian national football dominance. This included a Guinness World Record for most career goals.
Pelé takes audiences on a journey from his humble origins as a young superstar in 1958 to a national hero, amidst a radical and turbulent era in Brazilian history. As the 17 year-old Pelé spearheaded victory in the 1958 World Cup in Sweden, we witness the birth of a nation – as a young country comes of age.
The beautiful game became inextricably tied in with Brazil’s national identity, as they became a powerhouse in world football. The team successfully defended its World Cup title, beating Czechoslovakia 3-1 in the 1962 final in Chile.
Two years later, in Brazil, the film shows how a military coup created political and social upheaval – leading to a dictatorship and the end of democracy. Pelé continues to play football, but reaches a low ebb at the 1966 World Cup. Targeted by rival players, Pelé is helpless as Brazil succumb to a humiliating early exit, after suffering losses to Hungary and Portugal.
After delighting millions by scoring his 1000th goal – Pelé made the decision to return to the national team as they prepare for the 1970 World Cup. One of the greatest football tournaments of all time, Brazil emerged victorious and Pelé the hero, scoring in the final and leading his team to a 4-1 win over Italy. A nation divided was able, once again, to celebrate.
Featuring unique archive footage, Pelé also incorporates interviews with those closest to the man himself. Team-mates like Jairzinho, Dorval and Pepe; relatives including his sister and uncle; and friends like musician Gilberto Gil and journalist Juca Kfouri. Most importantly, it features a candid interview with Pelé himself – as he reflects on his life, his country and the sport that made him a star.
Q&A WITH PELÉ:

Today, you are 80 years old, what is the legacy you leave for Brazil?

“I don’t know if I thank the legacy I left for Brazil, or if Brazil gave me the opportunity to show myself to the world.

Which one is your favourite World Cup?

“The one that helped Brazil, that showed Brazil to the world, and gave me the opportunity to say, “I did something important for our people,” it was the 1970 World Cup.”

We have images of you in the documentary itself, watching the 1970 World Cup final. It’s a very moving scene. Watching it is like being there with you. What was it like for you in that moment watching the images?

“It’s hard to say that because you have to go through that. In this case, watching the 1970 World Cup. If you’re a soccer player, starting with the national team at 15, 16 years old, and then you’re in the stands watching the World Cup, your team is playing but you can’t join them and help them. It’s something.. it’s an amazing experience. It’s not suffering per se, but it’s like not being able to do what you really desire. It’s like starving and not being able to eat.”

“I’m not a politician. I’m a Brazilian. I want the best for Brazil, but I can’t change the laws.

“I had problems during my career, because people confused politics with soccer.” 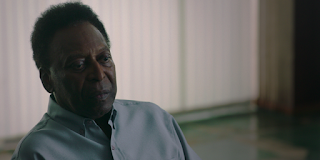 What do you feel football gave you back?

“While travelling around the world, soccer gave me this opportunity, this wonderful thing that is meeting people. And within this story, like we talked about before, I met the president, athletes, famous politicians, singers, magicians, soccer gave me the opportunity to meet and talk to those people.

“I never wanted to be more important than other people. I was an excellent soccer player, God helped me a lot, everything was okay. I tried to show that to people. I think that’s why until now, in any country in the world that I go, the doors are open for me.”
You are good friends with Beckenbauer. Can you tell us a memorable moment with him?

“I became a big friend of Beckenbauer because I used to travel in Germany. I played with Beckenbaeur in New York when I was with the New York Cosmos and there was a big movement about football. Then, Beckenbaeur went there to play with us and then he became like a brother. Then I used to call him Beckenbauer, my German brother.”
Also, we recently lost one of the greatest football players ever: Maradona. Despite all the controversies, you had a good relationship?

“Now I ask God to take care of him and I wish one day we play together in heaven.”

Lastly, what do you think is the importance of the documentary - that shows iconic images of your career - to the new generations who didn’t have the opportunity to experience you playing?

“The young people who never saw Pelé play, now they start to hear and listen to something about what Pelé did in football, what Pelé did for the football in the world, this is the most important for me. I have the opportunity to send some messages and talk with people who never saw - those people were not born yet when Pelé start, but they know about Pelé, I thank God for that.”