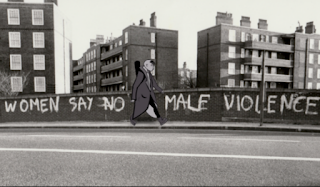 Ahead of the main programme launch next Tuesday, BFI Flare: London LGBTIQ+ Film Festival has announced the world premieres of both Rebel Dykes and Firebird at next month’s festival, which runs via BFI Player from 17th- 28th March...
Press Release

BFI Flare is delighted to show feature documentary Rebel Dykes (pictured above) in the Minds strand of the Festival, having previously screened an earlier shorter work-in-progress version to a rapt audience in 2016. Rebel Dykes (UK, dir. Harri Shanahan and Sian A. Williams) puts a forgotten history firmly on the map, with a joyful and colourful story of post-punk dyke culture in the UK as told by those artists, performers, musicians, sex workers and activists who lived it and together found their chosen family.

A heady, energised mash-up of animation, unseen archive footage and interviews, Rebel Dykes provides an intimate insight into the politically charged, artistically radical sub culture in 1980s London, and the individuals who helped shape and change their world. Bringing together BDSM nightclubs, inclusive, sex-positive feminism, DIY zine culture, post-punk musicians and artists, squatters, activists and sex workers, these rebel dykes went out onto the streets to make their voices heard. From feminist protests at Greenham Common to anti-Thatcher rallies and later protests against AIDS and Section 28, the rebel dykes united LGBTIQ+ communities against a hostile landscape of fear, prejudice and homophobia, finding the freedom and power to love and live out their politics.
Rebel Dykes is produced by Siobhan Fahey, executive produced by Charlotte Knowles, Melanie Iredale, Michelle Mangan and Phil Hunt. Siobhan Fahey said: “The Rebel Dykes team are honoured and delighted to be having the film's world premiere at BFI Flare. This feels like the natural home for our film. We have been supported by BFI Flare from the beginning of our project, and we are excited to introduce our completed film for the first time, especially to all our supporters and followers who have helped make this film happen.” 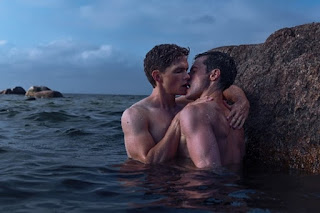 Screening as part of the Hearts strand, Firebird (UK/Estonia, dir. Peeter Rebane)is a touching love story set at the height of the Cold War, where a troubled soldier (Tom Prior) forms a forbidden love triangle with a daring fighter pilot (Oleg Zagorodnii) and his female comrade (Diana Pozharskaya) amid the dangerous surroundings of a Soviet Air Force Base.’

What begins as a friendship across the ranks soon transforms into something more risky, in feature debut director Peeter Rebane’s lavishly orchestrated and beautifully realised account of love’s flourishing against all odds, based on a true story. The script co-written by Peeter Rebane and the film’s lead, actor and screenwriter Tom Prior (The Theory of Everything, Kingsman: The Secret Service) was inspired by Sergey Fetisov’s memoir, ‘The Story of Roman’.

Firebird is produced by Brigita Rozenbrika, Peeter Rebane, Tom Prior, executive produced by Michael Edelstein. Peeter Rebane said, “We are grateful and humbled to have our world premiere at BFI Flare. Firebird is a touching and personal film for me, having grown up in Soviet occupied Estonia, near the Air Force Base where this true story took place. I was deeply fascinated at how such a forbidden love triangle formed in the Soviet Air Force at the height of the Cold War. How they risked everything, even their lives, in order to be together with the one you love. A story of this kind, in this setting, has rarely been explored in cinema before. We hope you will join us in sharing this touching and universal story with the world.”
On being able to world premiere both Rebel Dykes and Firebird at BFI Flare, Michael Blyth, Senior Programmer, BFI Flare: London LGBTIQ+ Film Festival, said: “Films don’t get much different than Firebird and Rebel Dykes, one a lavishly sweeping gay romance, the other a rousing documentation of anarchic lesbian power, but both effortlessly demonstrate the breadth of new queer work emerging from the UK. BFI Flare truly is the perfect World Premiere home for these two extraordinary stories. Grab your tissues. Grab your placards! ”

This year’s BFI Flare: London LGBTIQ+ Film Festival (17-28 March) will deliver virtual festival premieres of the best new LGBTIQ+ cinema from around the world via BFI Player to UK-wide audiences, in the most accessible version of the festival yet, including features, free shorts programmes and events.
The full programme for this year’s BFI Flare, including details of how and when ticket booking opens, will be announced at a digital programme launch on Tuesday 23 February, 18:00 GMT via the BFI YouTube channel. This launch will be available for the public to attend for the first time.
Images - BFI
Email ThisBlogThis!Share to TwitterShare to Facebook