Documentary – Enemies of the State 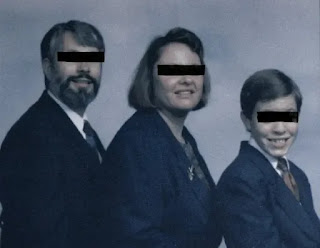 On recently at Glasgow Film Festival, Steve Taylor-Bryant has his mind changed by the documentary Enemies of the State [** WARNING ** contains MAJOR spoilers]...
“The truth is rarely pure and never simple” Oscar Wilde.

There comes a time where a person has to change the way they view truth, that they may have seen compelling evidence to back up one person’s truth but maybe a little later down the line they have to learn to revaluate their stance under the burden of new evidence and admission time… I have had to do that here. I had a view which I believed to be true from what I had learned and read and studied, and a stance that I held morally due to other factors within the same experience and studies. However, by the end of Sonia Kennebeck’s thorough documentary I, like some well renowned experts in the film, have had to take the new, indisputable facts, and change my mind. Sometimes truth is only truth for a short time, sometimes truth is irrefutable, and sometimes a lie looks like a truth and is very hard to disprove.

In 2009 the FBI accused computer geek and ex-military man Matt Dehart of possessing and distributing child pornography and soliciting minors on the internet disguised as the son of a New York Mob boss Matt DiMarco. Now, normally in a true crime documentary or a television series you have a he said/she said scenario, very little evidence to back up a person’s innocence in such matters, a glorious over-the-top voiceover and you go on with your lives, but in the case of Matt Dehart the child pornography charges are just the start of an adventure that, if you wrote it, would seem too unbelievable to read. Instead of fighting the charges or trying to prove his innocence, Kennebeck’s film takes you on a journey of a government framing Matt due to his access to sensitive information as an airman, his involvement in Wikileaks and Anonymous, and his two ex-military linguists with top secret clearance parents trying to get Matt to defect to Russia, Venezuela, and finally the entire family seeking asylum in Canada due to the FBI’s past torture of Matt which he described as being done due to National Security risks.

It’s during these bizarre claims, a hefty section of the film, that I come in as I remember the story breaking, have an unhealthy obsession with the subject matter of freedom of information and hacktivism and, during the last few years, have read extensively about Matt Dehart and his troubles at the hands of the United States government. Due to flimsy or no evidence of the child pornography charges against him and quite a lot of evidence of his story being true, culminating in a fascinating article by investigative journalist Adrian Humphreys in 2014, I stood behind Matt Dehart as I have stood behind Edward Snowden and Chelsea Manning. Whilst ethically unsure of my stance regarding stealing information, I am sure that, in Snowden and Manning’s cases, the good the leaks did outweigh any reservations I may have had and my feelings for Dehart were the same. During a huge portion of the film listening to Humphreys himself, as well as the esteemed professor Gabriella Coleman who has so much knowledge when it comes to hacktivism, the audience in general may find it unbelievable but I didn’t as I knew all this and firmly believed that Enemies of the State would vindicate Matt Dehart and strike at the heart of those in government that create misdeeds against their own people, in this case a hard drive containing proof the CIA unleashed the anthrax attacks on New York. I was not prepared for how wrong I was as the film entered its last act.

The last time I read of Dehart was in 2015 where he plea bargained on the pornography case for a lesser sentence so as not to face more serious charges by the US Government. Dehart would be out of prison soon enough and I went about my life none the wiser about the actual circumstances of those charges. Towards the end of this stunning film we as an audience, whether a general viewer or a diehard hacktivist, have our minds blown when the investigative team behind the child pornography charges release evidence and recorded phone conversations that were not used in court, as victims did not want to testify, that clearly show Matt Dehart was guilty on all counts and in fact is very lucky indeed that he did not serve longer for his crimes. I am still coming to terms with the truth as I knew it being completely wrong in real time, as Humphreys and Professor Coleman get this evidence live on camera and you can tell from their faces they were as duped as I was feeling.

The part of the film that brings home how gullible I had been the most was the lack of his parents in the final part of the film and the empty chair in 2019 when Matt Dehart was finally supposed to be interviewed for this film himself. His mother and father had been incredible vocal throughout the film, they were trying to get their son out of the country and out of danger and were onscreen and involved heavily throughout both the documentary and the media footage I remember from the time. After the shocking, and shocking is most definitely the word, legal revelations at the end of the film I no longer question Dehart’s innocence, I no longer consider him a whistle-blower deserving of the support I give others and I have to wonder how involved the parents were in this entire conspiracy or whether they really were fooled or blinded by the love they have for their son. For me to drive one of my children to a Russian embassy to defect I would have to have been duped but there is something about his parents in the film, with the hindsight of the ending, that leaves me wanting to know the truth of their actual involvement.

There are many plaudits I could laud on Sonia Kennebeck and the team behind Enemies of the State, and they would all be valid but anyone who reads my documentary reviews and opinions knows the esteem in which I hold Alex Gibney and I now hold Sonia Kennebeck in the same regard. Enemies of the State is a fascinating insight into one story but an explosive look at truth and how we understand what truth actually is.
Follow Steve on Twitter @STBwrites
Image - Glasgow Film Festival
Email ThisBlogThis!Share to TwitterShare to Facebook