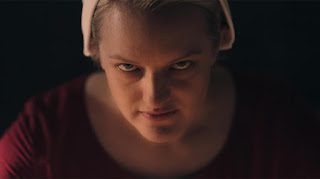 Killing Eve and The Handmaid's Tale are both set to return to UK TV screens for their fourth (and in one case, final) season...

Press Releases
Channel 4 is officially set to return to Gilead in 2021 with the fourth series of the multi-award winning series The Handmaid’s Tale airing later this year. Season 1-3 of the critically acclaimed smash hit will also be available ahead of the launch of season 4 on All 4.

Golden Globe® and Emmy® winner Elisabeth Moss will reprise her role as June Osborne, who chose to return to the patriarchal regime of Gilead to rescue her daughter Hannah rather than save herself and escape at the end of season three. 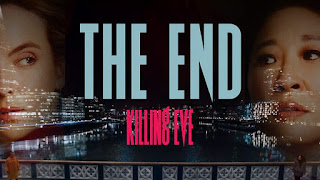 Meanwhile, production of the fourth and final series of the popular and critically acclaimed series Killing Eve is scheduled to begin early this summer, filming in the UK and locations across Europe, with the eight-episode series to air next year, exclusively on BBC One and BBC iPlayer in the UK.

Sandra Oh said “Killing Eve has been one of my greatest experiences and I look forward to diving back into Eve’s remarkable mind soon. I’m so grateful for all cast and crew who have brought our story to life and to the fans who have joined us and will be back for our exciting and unpredictable fourth and final season.”

Jodie Comer added, “Killing Eve has been the most extraordinary journey and one that I will be forever grateful for. Thank you to all the fans who’ve supported us throughout and come along for the ride. Although all good things come to an end, it’s not over yet. We aim to make this one to remember!”

Laura Neal (Sex Education, Secret Diary of a Call Girl) continues the Killing Eve tradition of a new lead writer every series, following Phoebe Waller-Bridge, Emerald Fennell and Suzanne Heathcote. Neal is also an executive producer on series four.
Sally Woodward Gentle, Executive Producer, said “We have been unbelievably blessed to work with extraordinary human beings throughout the life of Killing Eve. From the magical Phoebe via the delectable Emerald, super talented Suzanne and now mind blowing Laura; headed by the super-powers of Sandra, Jodie, Fiona and Kim, and with brilliantly talented directors and crew. No one knew what an adventure we were embarking on and there’s so much more to come. Buckle up!”

Dan McGolpin, Director, BBC iPlayer and channels, added “Killing Eve has become one of BBC iPlayer’s most successful programmes ever across the first three series, they have been streamed over 175m times and are still going strong. We are all looking forward to finding out how this masterful tale with its fascinating and complex characters will end and what twists and turns there will be before we get to the final scenes.”

Series four will air on BBC One and BBC iPlayer in the UK. Series 1-3 are available to stream exclusively on BBC iPlayer.
Images - Channel 4/BBC
Email ThisBlogThis!Share to TwitterShare to Facebook