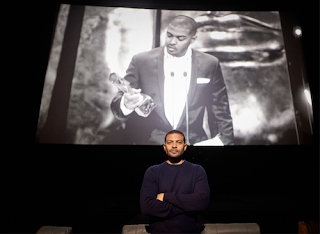 Press Release
Reflecting on his life since taking home the “special” accolade twelve years ago, the film sees Clarke credit technology for helping him to build and stay connected to his network, with a cameo from former co-star Arnold Oceng

As the only award voted for by the public, and widely recognised by the film industry for championing up-and-coming film actors, Clarke captured both the public’s interest and their vote 12 years ago for his starring role in Kidulthood. Following the win in 2009, Clarke joked that the Award was “Better than any other BAFTA”, crediting the “double whammy” of gaining support from both industry peers and the public.

The short film begins with Clarke alone in the ODEON Luxe Leicester Square Cinema. As he reminisces on the moment, the viewer watches on as Clarke relives the moment where he took to the podium to accept the iconic BAFTA EE Rising Star Award in 2009. Clarke’s narration continues “I’ve dedicated my life to film making. I just knew that I wanted to be one of the people that I saw on the screen”.

Upon leaving the cinema and exploring the London Southbank, Clarke recognises the support he has had throughout his career and praises his film-making network of friends and colleagues for helping him achieve his dreams. With many strings to his bow, Noel understands the importance of staying connected. Clarke credits technology, such as EE’s award-winning 5G network, for enhancing performances and productions in the film industry, noting that “being able to stay in touch and connect easily is essential”.

As the viewer is welcomed into a luxurious café setting, we see Clarke on the latest Samsung Galaxy Z Fold2 5G making a video call and discussing a piece of work with fellow actor Arnold Oceng. We hear Clarke say: “I think it’s really important to give up-and-coming actors a platform and some recognition to set them on their way”. As the film comes to a close, viewers are left with a message from the award-winning actor: “To any young aspiring filmmakers or actors out there, my advice would be to work hard and have belief in yourself. Because if you don’t, who will?”

From his very first TV appearance over two decades ago in the ground-breaking Channel 4 series, Metrosexuality, Noel Clarke has played a pivotal role in bringing diversity to British screens in front and behind the camera and pushing under-represented talent and stories to the forefront of cinema and television.

Clarke captivated audiences early on after winning the Laurence Olivier Award for ‘Most Promising Newcomer’ for his performance in the play Where Do We Live at the Royal Court.

He wrote and starred in the cult phenomenon feature film Hood trilogy, Kidulthood (2006), Adulthood (2008) and Brotherhood (2016), the latter two which he directed. The award-winning films focussed on the lives of troubled teenagers turned adults living in West London.

On the small screen, he is most well-known for his roles as Mickey Smith in Dr. Who and Wyman Norris in Auf, Wiedersehen, Pet.

In 2007, Clarke co-founded his own production company, Unstoppable Entertainment, later joining with fellow actor/producer Jason Maza. Their goal is to champion fresh, emerging and diverse voices. Since then, the company has produced over 10 feature films including Jessica Hynes’ directorial debut The Fight and 10x10, directed by Suzi Ewing and starring Luke Evans and Kelly Reilly. In 2018, the company joined forces with All3Media and launched Unstoppable Film and Television to expand their remit to include television. 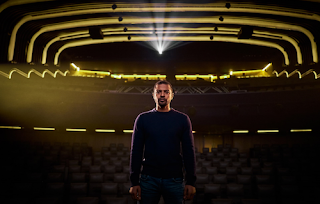 Under his expanded production banner, Clarke co-created and stars in Sky One’s massively successful original drama Bulletproof with Ashley Walters, one of the highest rated series on Sky since debuting in 2018. The series has recently been confirmed for a fourth series set to start filming later this year.
Clarke can currently be seen in the Sky Cinema original film SAS: Red Notice opposite Sam Heughan, Andy Serkis and Tom Wilkinson and will next appear as the lead in the new ITV drama Viewpoint due out this Spring.

His other on-screen credits include J.J. Abrams’ Star Trek Into Darkness, cult film Heartless, crime thriller The Corrupted, romantic comedy Fisherman’s Friends and Twist co-starring Michael Caine, which was produced under the Unstoppable label and released on Sky Cinema in January 2021.

Marc Samuelson, Chair of BAFTA’s Film Committee said: “Noel is an inspiration to me and to many others, for his central and much-needed role in supporting and championing diverse voices in the British film industry. He is a multi-hyphenate who early on in his career has managed successfully to cross the line from respected actor to filmmaker. He truly is able to do it all – acting, writing, directing and producing. His authentic portrayal of London life in his critically acclaimed Hood trilogy cemented his place in British cinema and he continues to push boundaries with his work today. He is now building a hugely successful production company, giving opportunities to a wide range of talented people from many different under-represented groups. I cannot think of a more deserving recipient for this year’s award.”

Noel Clarke commented: “Thank you BAFTA for this acknowledgment and recognition of my work over the past two decades. I will endeavour to continue to make ground-breaking work and open doors for underrepresented people that may not often get a chance.”

This year, the EE British Academy Film Awards will be celebrated across the weekend of 10th and 11th April. Two shows, recognising the very best in film of the past year, will be broadcast virtually from London's Royal Albert Hall. The first show, celebrating the craft of film, will be broadcast on Saturday 10 April on BBC Two and BBC Two HD. The show on Sunday 11th April will be broadcast on BBC One and BBC One HD.
The EE Rising Star Award is now in its 16th year and is the only category at the EE BAFTA Film Awards to be voted for by the public.
You can vote for the 2021 nominees until midday on 9th April: Bukky Bakray, Conrad Khan, Kingsley Ben-Adir, Morfydd Clark and Ṣọpẹ́ Dìrísù at ee.co.uk/BAFTA

The winner will be announced at the EE BAFTA Film Awards on Sunday 11th April 2021 on BBC One.
Images - EE/BAFTA
Email ThisBlogThis!Share to TwitterShare to Facebook